Start searching.
Find yourself at trove.nla.gov.au

The University of Canberra has a new go-to watering hole, and its name is The Well.

The student-built, student-run bar popped up during the winter term, and welcomed the start of O week with a bang last week.

The establishment opened its doors to an influx of students and Canberra creatives of all types for its official launch party, and the food, drinks and entertainment didn’t disappoint. 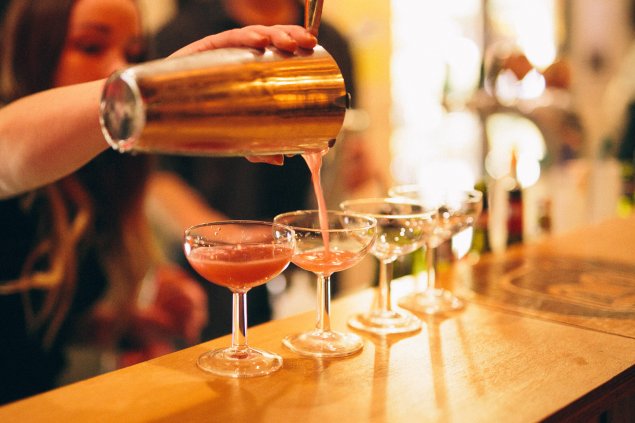 The Well’s cinema-inspired theming provided the perfect inspiration for the night, with guests treated to the bar’s signature Citizen Kane cocktail. Entertainment was provided by Rockabilly band the King Hits as well as Jemist, Bottle Brush and Darcy Welsh. 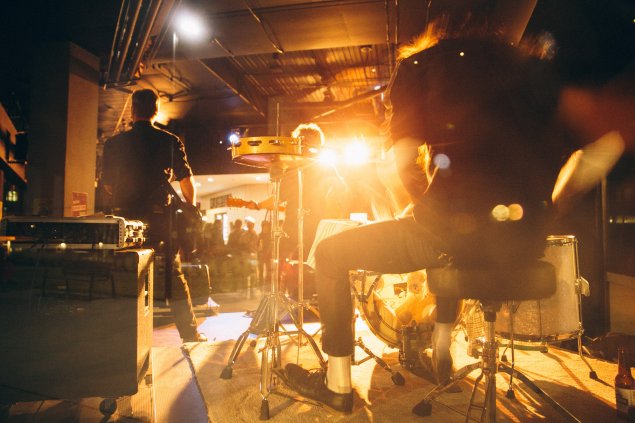 But the star of the show was undoubtedly the amazing array of delicious savoury and sweet treats on offer (delivered by 50s style roller girls no less). 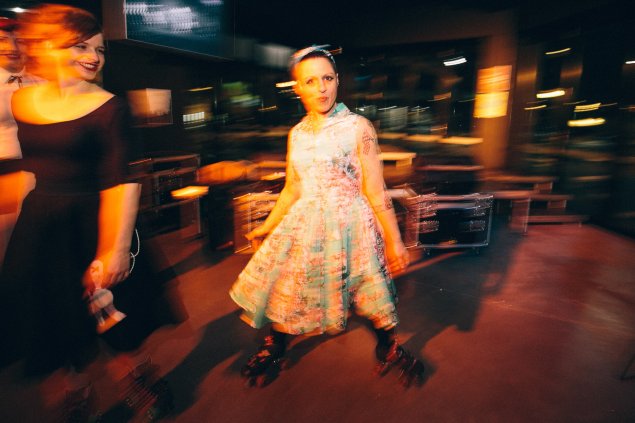 For dessert, she put together a smorgasbord of sugary goodness ranging from nutella cheesecake with crushed oreos to churros cupcakes to chilli chocolate ganache tarts. 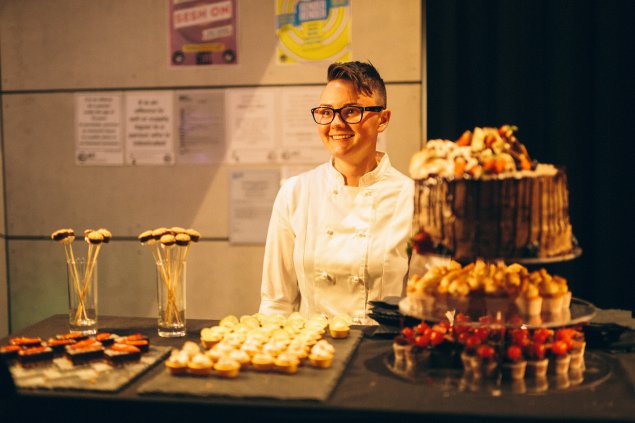 “I wanted to incorporate elements from our usual menu, like the cheesecake, as well as some classic American desserts like the lemon meringue pie,” Jess said.

“We also put together a candy bar to complete the quintessential movie experience with small packets of lollies, Twizzlers and peanut butter cups. We even created a bacon-salted popcorn to provide that all important aroma.”

The most mouthwatering of all however, had to be the towering chocolate brownie cake, covered with oreo buttercream, toasted meringue, honeycomb and fresh berries.

And if all those sweets left you feeling a little worse for wear, a 1964 red convertible mustang was even provided as a convenient getaway car. 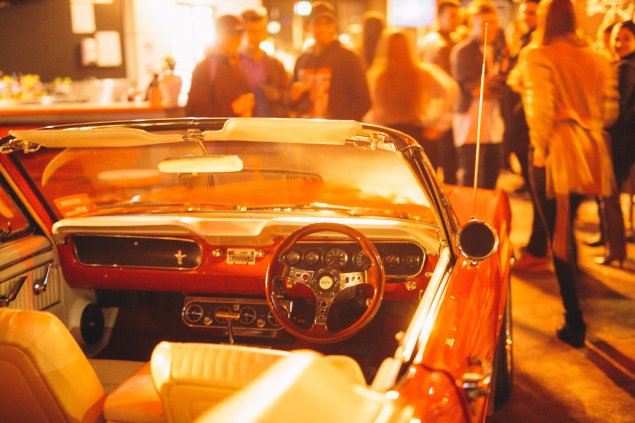 Now you may think that pulling of an party like this would take an experienced event planner. And while the bar is managed by Chop Shop alum Patrick Rose, I happen to know that he has a lot of help from the Well’s official mascot, Orson. 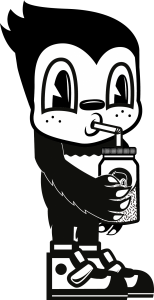 Orson is a cheeky monster who just wants to make a little mischief and inject some fun into the drudgery of student life.

The Well is open 12pm-late everyday, for more info on events check out facebook.com/TheWellUC.

Steve Wood - 3 hours ago
And who is going to do what about it... Andrew Barr pfft View
Vanessa Jones - 9 hours ago
How long is the wait now, to see a specialist in an ACT public hospital? When Katy Gallagher was the health minister, the wai... View
Nicole McGuire - 10 hours ago
And the govt is proposing to further reduce services offered to patients with chronic illnesses by closing the Medical Day Un... View
Property 13

Lynda Bailey - 4 hours ago
As the mother of two of the young ladies on this team I couldn’t be prouder. To see the growth in the girls and the unity o... View
Lifestyle 2

Danny O'Donnell - 6 hours ago
Lynda Bailey Daniel would have that tucked away 💵💵😜... View
Opinion 19

Paul Leins - 8 hours ago
Online bullies are pathetic, but honestly, when you're deciding to humiliate yourself on the public stage via reality TV, you... View
Avril Pounds - 9 hours ago
Justine was never my favourite on Farmer Wants a Wife, but I wish her and Neil all the best. Sad that people feel the need to... View
Best of Canberra 29

Juanita Caddy - 10 hours ago
Had a great experience recently with Kyle Dedini. I had a few problems with my left foot, and after months of pain and confus... View
show more show less
*Results are based on activity within last 7 days

A man has died following a crash between two B-double trucks near Yass last night. About 10:15 pm, emergency services...

@The_RiotACT @The_RiotACT
Local stories are essential to creating a community. Meet the men and women behind the newsletters that are filling the void created by the death of so many local newspapers https://t.co/c9EHAgu5RF (44 minutes ago)

@The_RiotACT @The_RiotACT
Gyms have never been cleaner and demand is surging, but COVID-19 restrictions are making life tough for fitness operators across the ACT. It's even worse if you're across the border in NSW https://t.co/QVfKUjEb4s (2 hours ago)

@The_RiotACT @The_RiotACT
The Woden Town Centre after hours can be a lonely place but all that is about to change https://t.co/Fp5jeIgoHE (5 hours ago)