After 29 years in business, Tosolini’s restaurant in Civic closed in April this year. But the Tosolinis are back – this time with a pop up restaurant in the Italo Australia club bistro. Ryan Johnstone visited for a first look.

From its humble beginnings as a corner coffee store, featuring food out of Mamma Valentina’s home kitchen, Tosolini’s became a Canberra institution and a mecca for Italian cuisine.

When it closed its doors after 29 years, it was the end of an era. But is wasn’t the end of Tosolini’s. Food is in the Tosolini’s blood. Cooking isn’t just a source of income, it’s their life and their passion.

Valentina and Aldo Tosolini migrated to Australia in the 1960’s from Udine, Italy, a region famous for its healthy, peasant food. Aldo was almost always out in the garden growing fresh seasonal produce for the family, as much of their food as they could would come from the home garden – even goats and pigs.

It was no surprise that their sons, Danny and Carlo, ended up in the hospitality industry. After running several notable restaurants during a stint in Sydney, Danny moved back to Canberra and took over the catering side of Tosolini’s in 2012. He has now also taken control of this latest venture, with the help of Carlo and Valentina.

The new space is big and open, with faux fine art in decorative frames covering the walls. Close your eyes, listen to the music and you’ll be whisked away to Naples. The pop up menu is short and simple, covering all the much loved classics.

On offer is stuzzichini (things to share), pasta, pizza, and of course, dessert. We took our seats and were directed to the counter to order food and the bar to order drinks. I was joined by two others including one vegetarian so we opted for three entrees, one pizza and a pasta. I went to the bar and was blissfully thrilled at the bargain wine prices – a one-litre carafe of Australian dry red wine was $15. While it was no grange, and definitely decanted from a box, it wasn’t completely unpalatable. 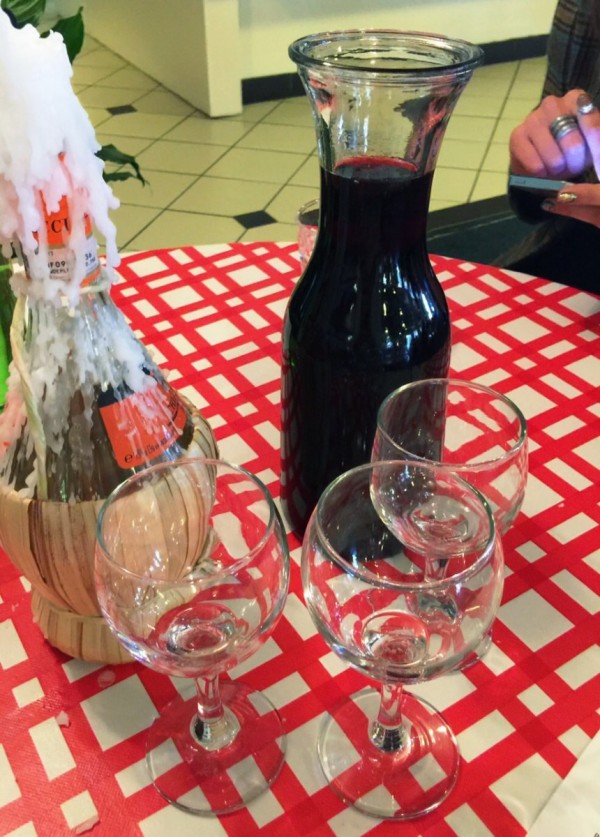 Out came our entrees and it was immediately obvious that our eyes were bigger than our stomachs. Mushroom parmesan cheese arancini with aioli ($9), calamari with lemon and aioli ($14), and antipasto for two ($22). Perhaps the “for two” was listed for a reason as we now discovered.

It’s always nice when you can tell food is homemade, and that’s exactly what we got, fresh hot arancini. The meats were fresh and the cheese was enjoyable, although eating blue cheese without some sort of bread or cracker is not my favourite method. Next onto mains, pappardelle with tomato and basil sugo for our pasta ($17), and a diavola pizza with salami, mozzarella, red peppers and chilli ($20). 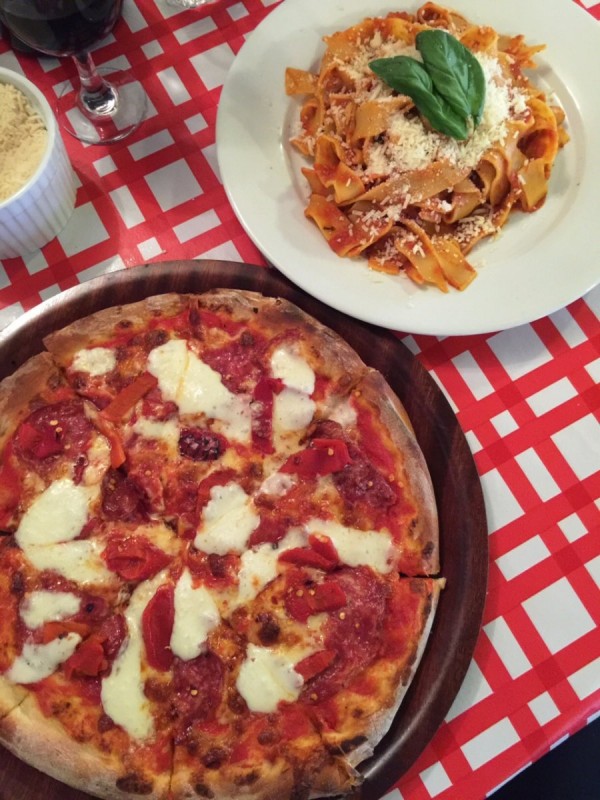 Both were just as we’d hoped; authentic and rich in flavour, to be expected from a family with so much experience. Unfortunately we were left with no room for dessert so didn’t get the opportunity to try the tiramisu they’re so famous for.

If it’s quality food you’re after and not designer decor, come and try the Tosolini’s pop up at the Italo Australian Club, Franklin St Forrest.

What happened to the Yum Char?