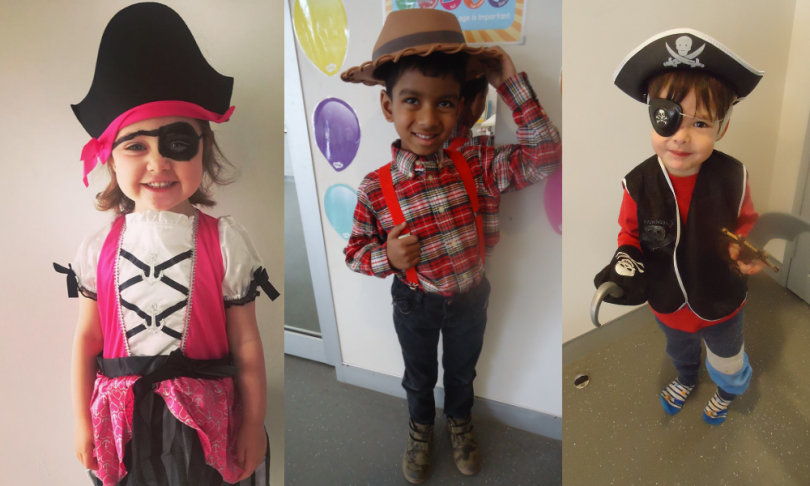 Children at Artemis Early Learning Centre put their best peg legs forward on 19 September to celebrate International Talk Like a Pirate Day and raise money to support Australian farmers doing it tough during the drought.

Since Artemis has its own unique pirate ship in the playground, it was only logical that children were encouraged to create their own pirate masks with help from their educators. They had a swashbuckling good time doing it, with many choosing to add to their costumes from the dress-up boxes and outfits brought from home. Some chose to be farmers rather than pirates and some chose a combination of the two. Educators joined in on the fun, dressing up as pirates or farmers in keeping with the theme of the day. 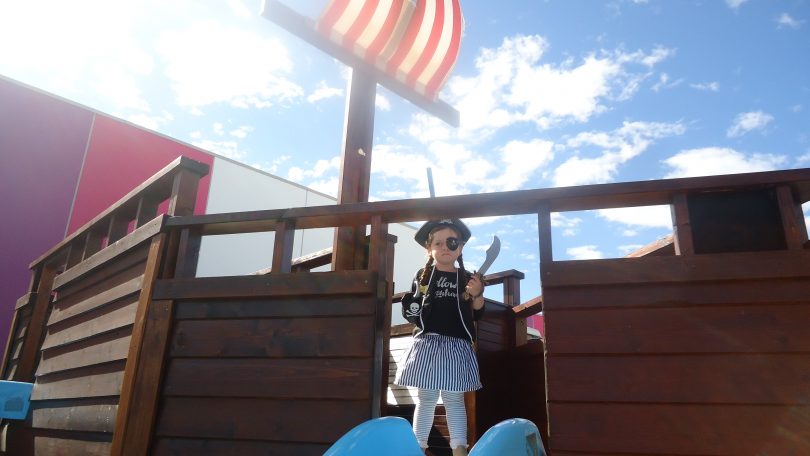 Many ‘ahoy mateys’, ‘shiver me timbers’ and ‘me hearties’ were heard in Fyshwick as the children were encouraged to talk like pirates across the centre. As part of their learning, children were also asked about their costumes, what they’d created and what they thought of the costumes created by their classmates.

But where did the fivers come in?

‘Raindrop biscuits’ were generously donated to the centre by Sweet Street – Cookies and Treat to sell to raise funds for a fiver for a farmer. Tiffany Martz, the Acting Director Artemis Early Learning Centre, said the biscuits were a huge success. 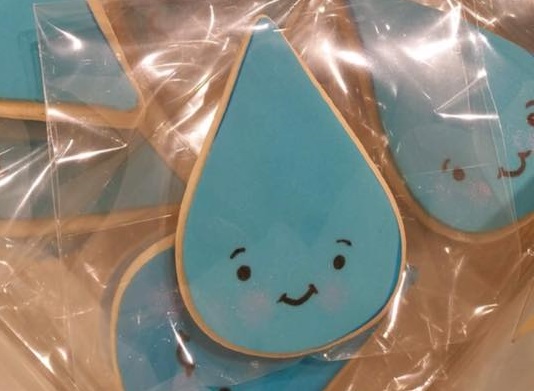 “The biscuits were a massive hit and were all gone by lunchtime, which was a bit disappointing for those of us who had planned to buy one or two for afternoon tea! We also received some very generous donations and raised nearly $200.”

“This just goes to show what a wonderful community spirit we have here at Artemis and how strongly everyone feels about the plight of Australian farmers,” said Tiffany.

“We’re thrilled to be able to contribute to such a worthy cause and at the same time encourage children in being generous and thoughtful of others.”

A fiver for a farmer is the initiative of a ten-year-old boy named Jack, along with his classmates at St John the Baptist Primary School in Sydney. He set up a GoFundMe fundraiser that encouraged everyone to give five dollars towards drought relief for farmers. Proceeds from the fundraiser will be split between Rural Aid and Drought Angels.

To find out more about fun activities and community support, visit Artemis Early Learning Centre or give them a call on 6239 3927.