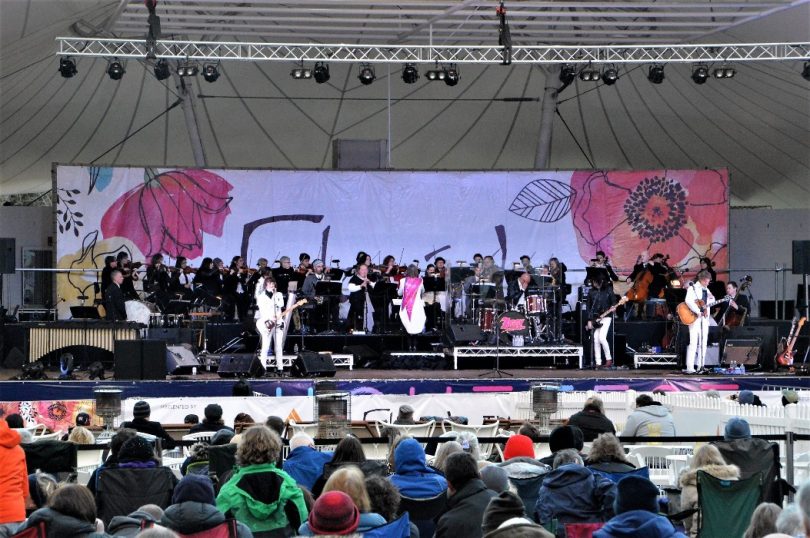 Visitors enjoyed the music of The David Bowie Tribute band supported by the Canberra Symphony Orchestra. Photo by Glynis Quinlan.

Visitors rocked to the music of The David Bowie Tribute band supported by the Canberra Symphony Orchestra as the sun went down during a magical event surrounded by lights and flowers. 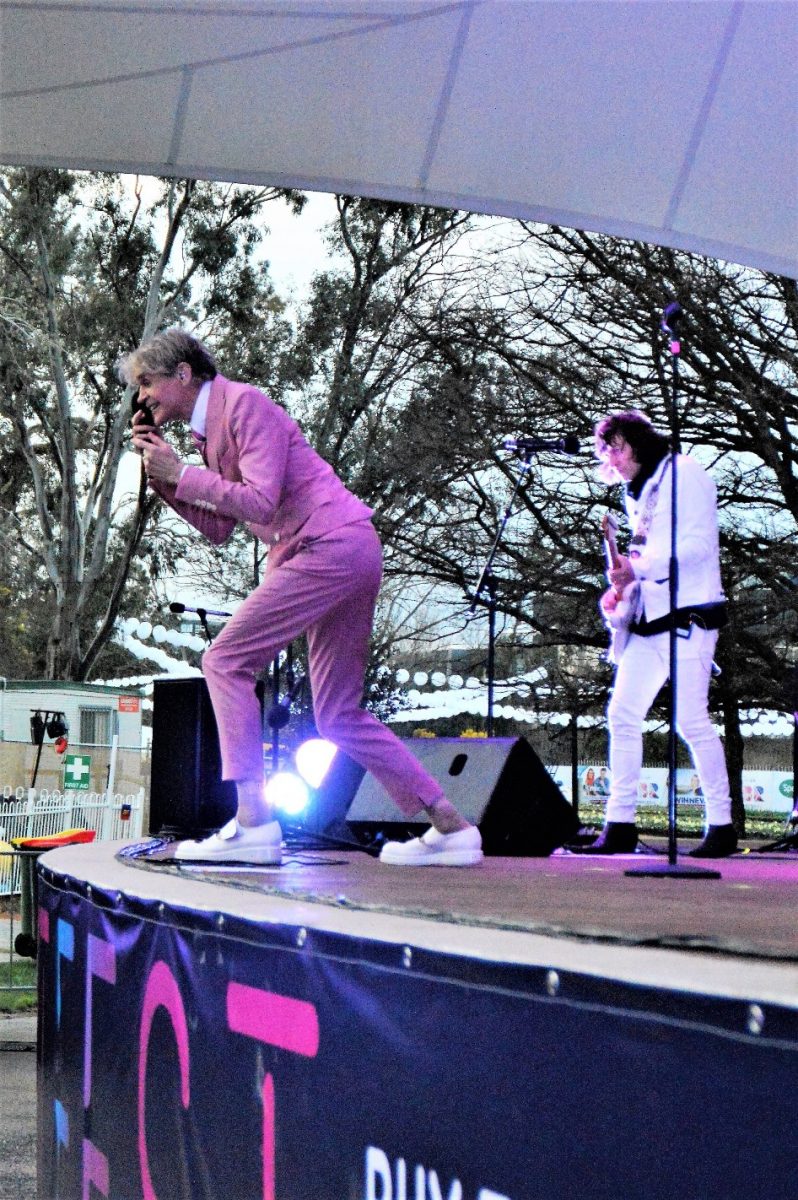 The David Bowie Tribute band had the crowd clapping. Photo by Glynis Quinlan.

Rugged up against the cold, visitors danced, swayed and clapped to such hits as Let’s Dance, Rebel Rebel, the Jean Genie, Starman, Life on Mars?, Major Tom, and Ziggy Stardust. 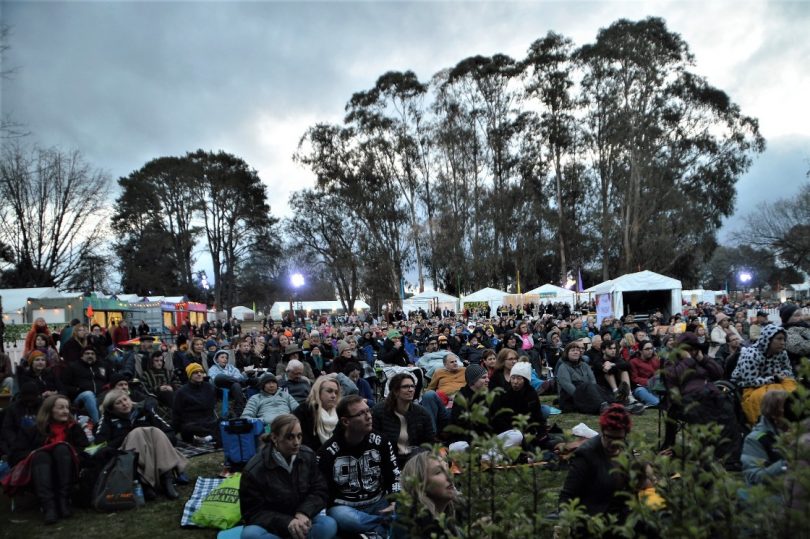 A crowd of around 2,000 people enjoyed the concert. Photo by Glynis Quinlan.

There were picnics on rugs, children playing games and friends sharing drinks during a relaxed evening capped off by a surprise fireworks display at the end which thrilled the crowd. 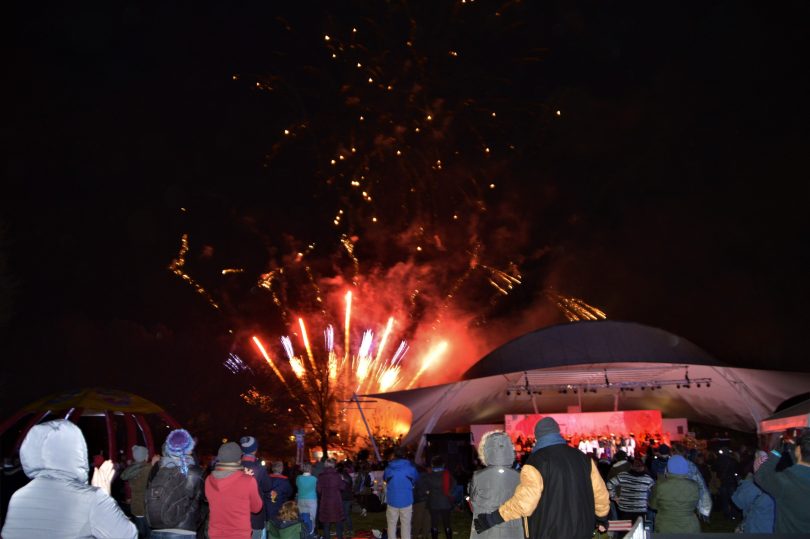 A surprise fireworks display capped off the evening. Photo by Glynis Quinlan.

Canberrans Fiona Gotterson and Sally Pierce were among those dancing and clapping to the songs.

Fiona said she thought the twilight concert was an “absolutely fantastic idea”.

“I like the atmosphere and it’s accessible for the community,” she said. 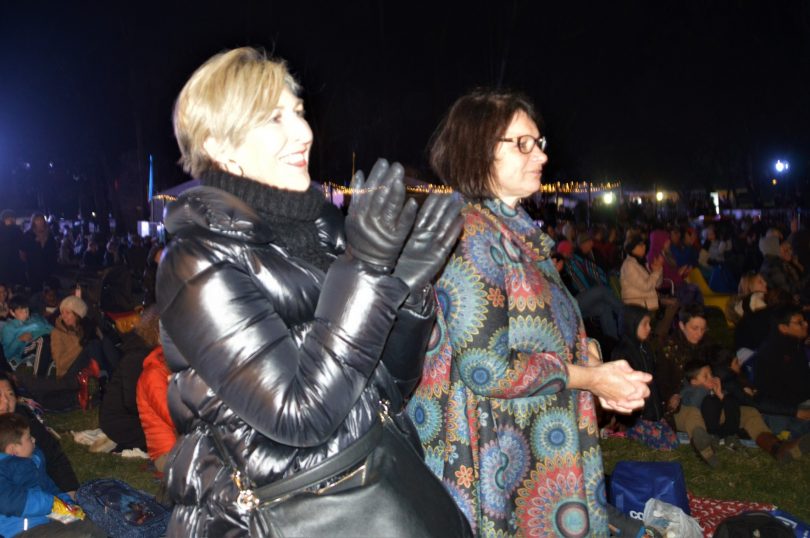 Betsy Joseph and Joseph George from Isaacs enjoyed the time together listening to the music and relaxing. Betsy is one of Floriade’s regular volunteers but was enjoying the chance just to be part of the crowd.

Betsy said she thought the twilight concert was a good idea.

“This year they have done so many changes, I think it will boost it a bit because a change is always good,” she said. 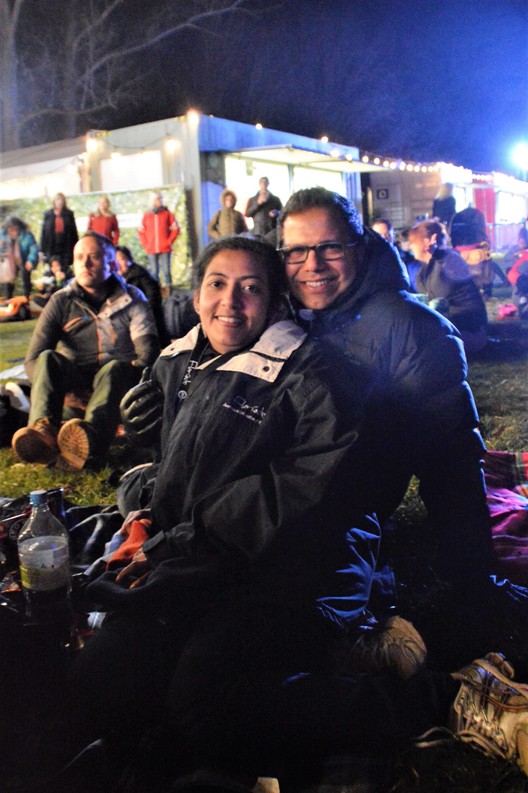 Gates opened for the twilight concert at 4.30 pm, with visitors able to enjoy a first look at the 2017 flower bed designs before the gates officially opened this morning. The concert began at 5.15 pm and ran until 7.45 pm.

Head Gardener Andrew Forster and his team have excelled themselves in planting more than one million flowers this year. Andrew is celebrating his 20th year as Head Gardener and believes that this year will be the best festival yet.

Media representatives were also given an early look at the NightFest installations designed by Mandy Lights. These include 1,000 lights across the park and a further 8,000 lights in the Rhododendron Garden. 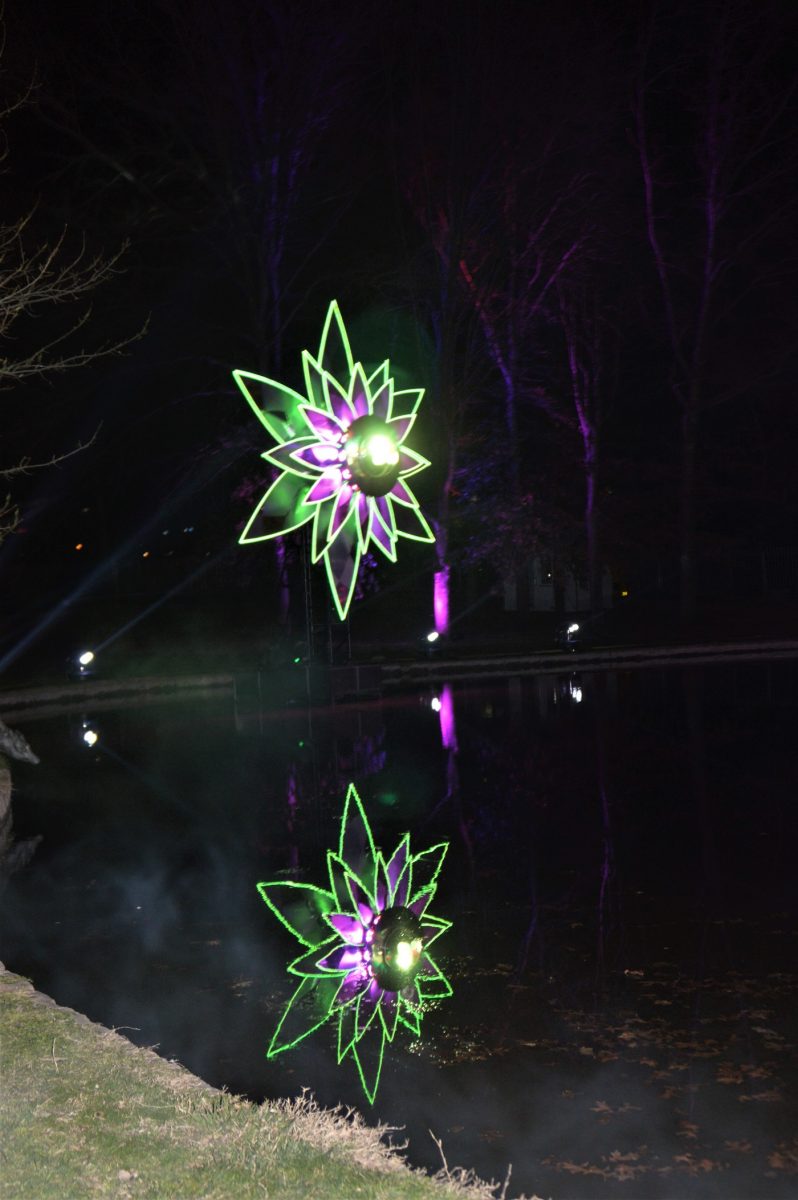 One of the magical light displays. Photo by Glynis Quinlan.

NightFest will run over two separate weekends this year, with an increased offering of lighting designs and interactive installations. A new installation named ‘The Vines’ promises to be a big drawcard because it is the first NightFest installation that people can touch. 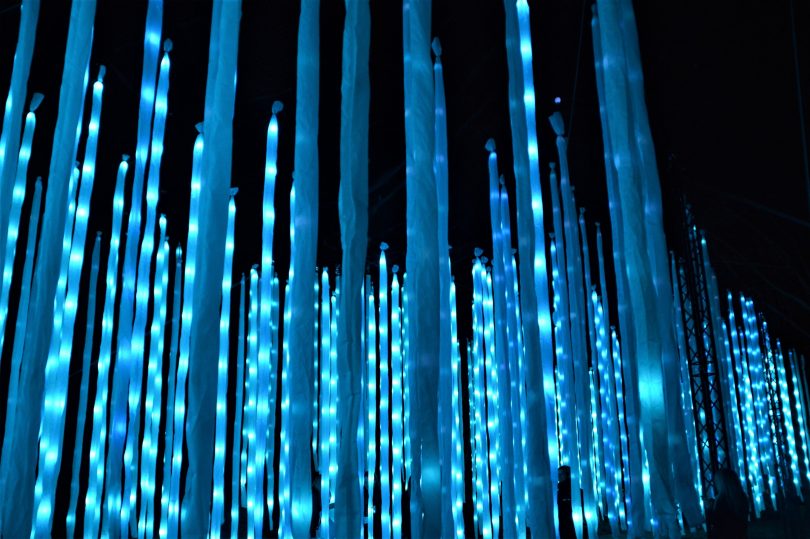 ‘The Vines’. Photo by Glynis Quinlan.

Floriade runs from September 16 to October 15 at Commonwealth Park and this year has extended opening hours from 10 am – 7 pm. Entry is free but you need to buy tickets to attend Nightfest – available here.

Thanks, Doug – they are celebrating the ‘best of the best’ this year to mark their 30th birthday and so people should see a lot of things they’ve really loved from past years as well as some surprise components. Floriade is such a special festival for Canberra – attracting so many visitors but also giving us something to look forward to each Spring when the weather finally starts to get warmer!

How quickly Floriade comes around. Each year is so different and so amazing. I have to check it out with the family!
Thanks Glynis for sharing an insight and the lovely photos from Floriades first twilight concert.

Dayne Dallinger - 49 minutes ago
Ashleigh Whittaker 1.26 for that, dreaming! View
bj_ACT - 15 hours ago
The ACT Government is releasing less land for housing than at any time since the 1960s. We can’t place all the skyrocketing... View
Community 12

Ruth Sear - 1 hour ago
Why are all these celebrities being allowed into the country when our borders are ‘closed’? View
Sarah Walmsley - 13 hours ago
Neil Roberts for Doris.... Matt Daaaaaaaaammoooooon 😂😘 View
Jo Farrell - 14 hours ago
Tricia Wimpenny did he drop into Quirky Crow ??? View
Property 8

Meg Joy - 2 hours ago
Ooj Rin Agree. And of course the only tenants actually eligible for public housing these days all have complex needs. Why sho... View
Ooj Rin - 3 hours ago
The pressure put on the housing sector isn’t for them to suddenly house handfuls of select people, then problem solved.. It... View
Motoring 34

Julie Macklin - 8 hours ago
Linda Stapleton I rode to work in the rain. I had wet weather gear to wear. Well, I did until into my 50s. Then I began to ta... View
Stephen Harris - 12 hours ago
Julian Hayes thenif it increases their costs but not their profits then they will stop doing what they are doing and do it di... View
Lifestyle 4

Shane McMinn - 11 hours ago
Ché Baker will this get a DVD release at some stage?? View
Food & Wine 3

@The_RiotACT @The_RiotACT
The NCA will be planting more climate-resilient trees as part of a major program to boost the tree canopy on national land https://t.co/79PKyJu2Rb (1 hour ago)