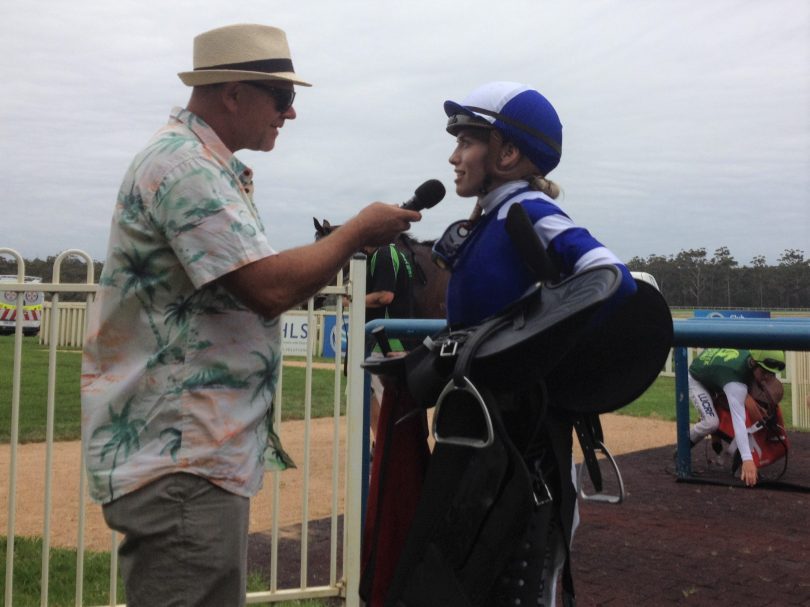 January 2nd was humid and overcast; a storm threatened.

“Perfect race-day weather,” according to Haley Coor of Melbourne, who has gathered a group of female friends and their kids at Sapphire Coast Turf Club in Kalaru.

Coor and her friends are not the only ones at the races and partaking in the high-low combination of hot chips drizzled with tomato sauce and a mini bottle or two of Moet.

The place is packed. “We are open 11 times a year,” says administrator Colleen Bennett “but the first day of the year is always the best, we always have a good crowd of families and holidaymakers.” 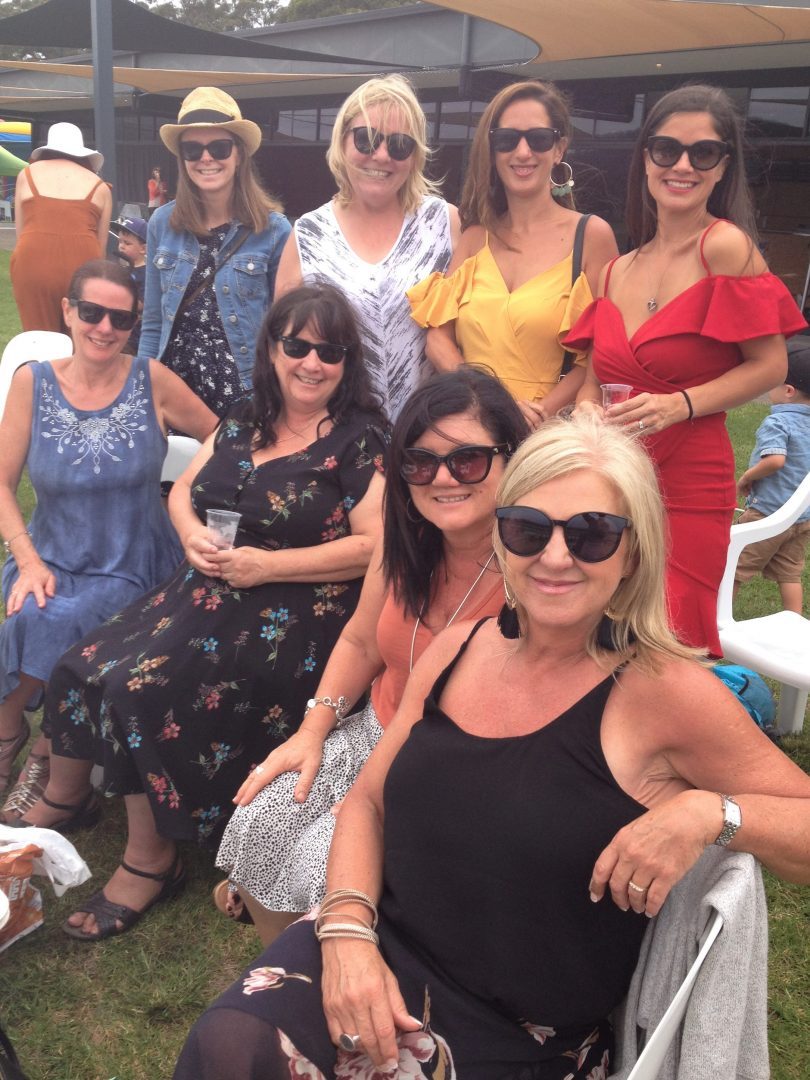 Haley Coor [in red] of Melbourne and a group of friends, all staying in Bermagui, were at the Sapphire Coast Turf Club on January 2nd. Photo: Elka Wood. 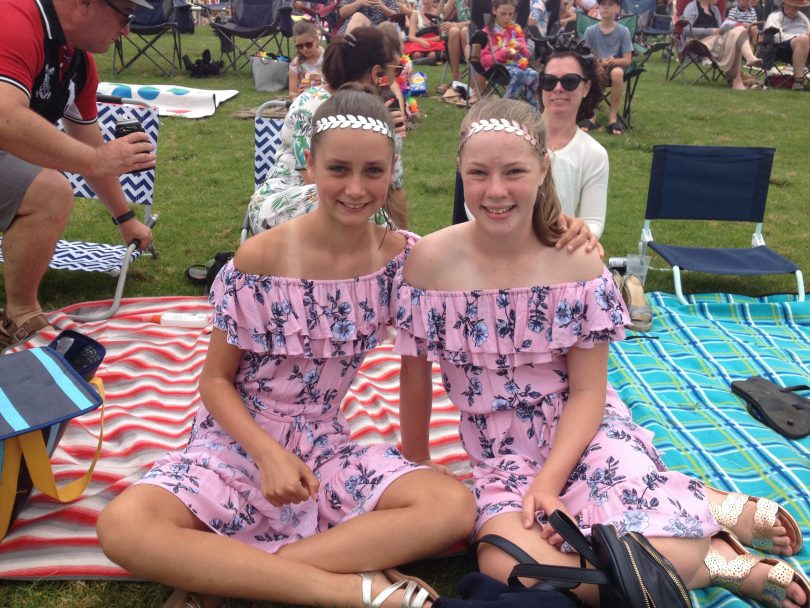 Isabelle Heath, left and her best friend Isla Baldwin, both from Melbourne, dressed alike for floral fashions on the field. Photo: Elka Wood.

“There’s a lot more to racing than drinking and gambling,” Tweedie says “race days are really important social occasions for rural and regional communities – we get a lot of farmers, a lot of networking happens but also a lot of relaxing. It’s important for mental health to have time to rest and socialize when you’ve been stuck in the grind of working on a farm.”

Definitely not resting are the horses and jockeys, who fly by at an exhilarating pace, drawing the cheering crowds to the rail. 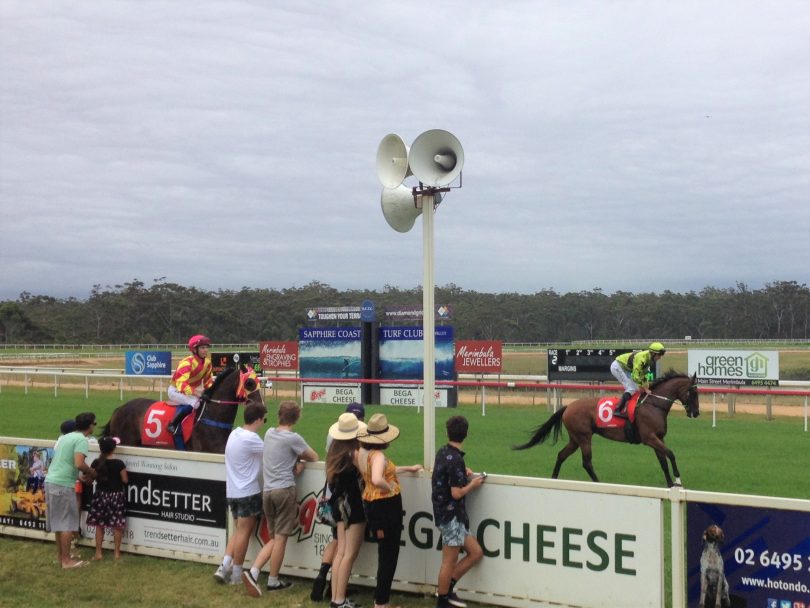 Committee president Robin Bain laughs with joy as she watches.

“It’s 450 kilos going past at 45-50 km an hour,” Bain says “I love the races, always have. It’s a great equalizer – we’re all the same at the races. You could be standing next to a millionaire and you wouldn’t know it.” 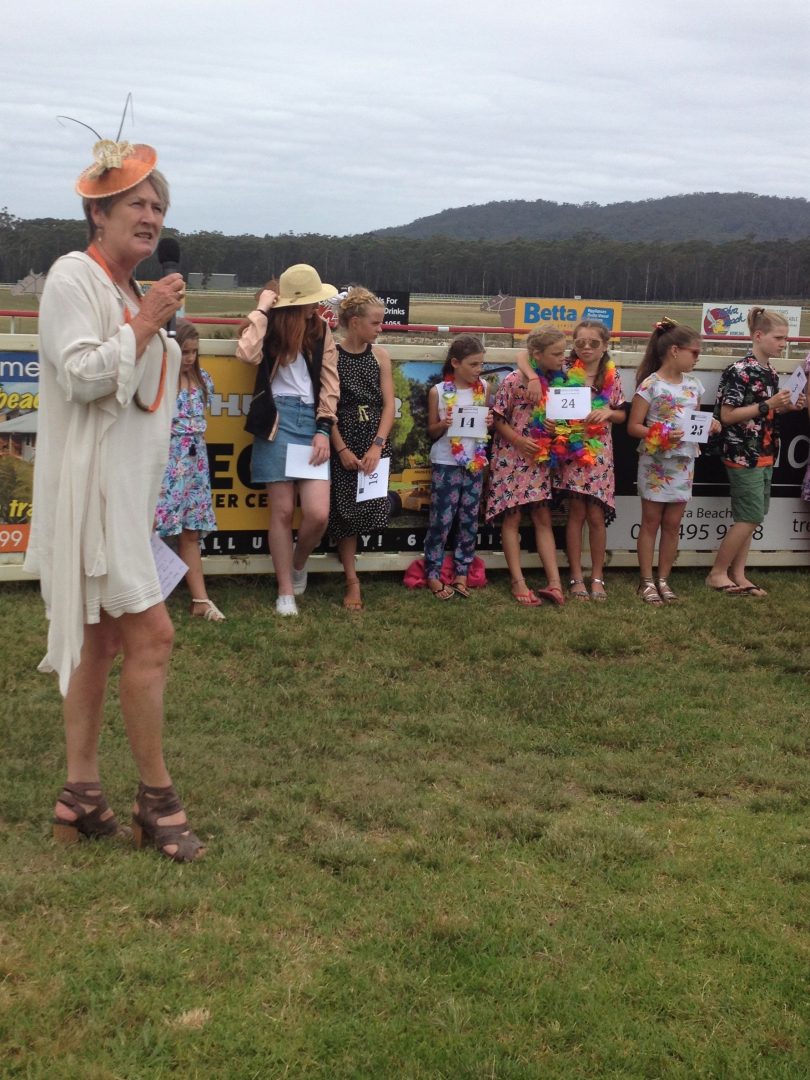 Committee president Robin Bain announces the winners at the floral-themed fashions on the field on January 2nd. Photo: Elka Wood.

As the horses come off the track after a race, their handlers rush in to calm the skittish animals, quickly removing the saddles as they sidestep, unwilling to stop after flying so fast.

Canberra-based senior jockey Kayla Nisbet is grinning widely as she dismounts after a win, her face flecked with tiny specks of mud.

“I don’t know how normal people get into being jockeys,” she laughs “but I got into it because my dad was one.”

Nisbet travels NSW with her sport, often meeting and riding a new horse at every race, an experience she describes as being “sometimes a bit hairy.”

“There are a lot more girls doing apprenticeships [as jockeys] now,” Nisbet, who has been racing for 11 years, says with a grin “maybe that’s because us girls are more charming so we can get along with the horses.”

Being slight is an advantage as a jockey but Nisbet, at 51 kg, says she is almost too light.

“The weight is equalized, so I ride with 61 kg, the rest is made up with extra weight in the saddle,” Nisbet explains. 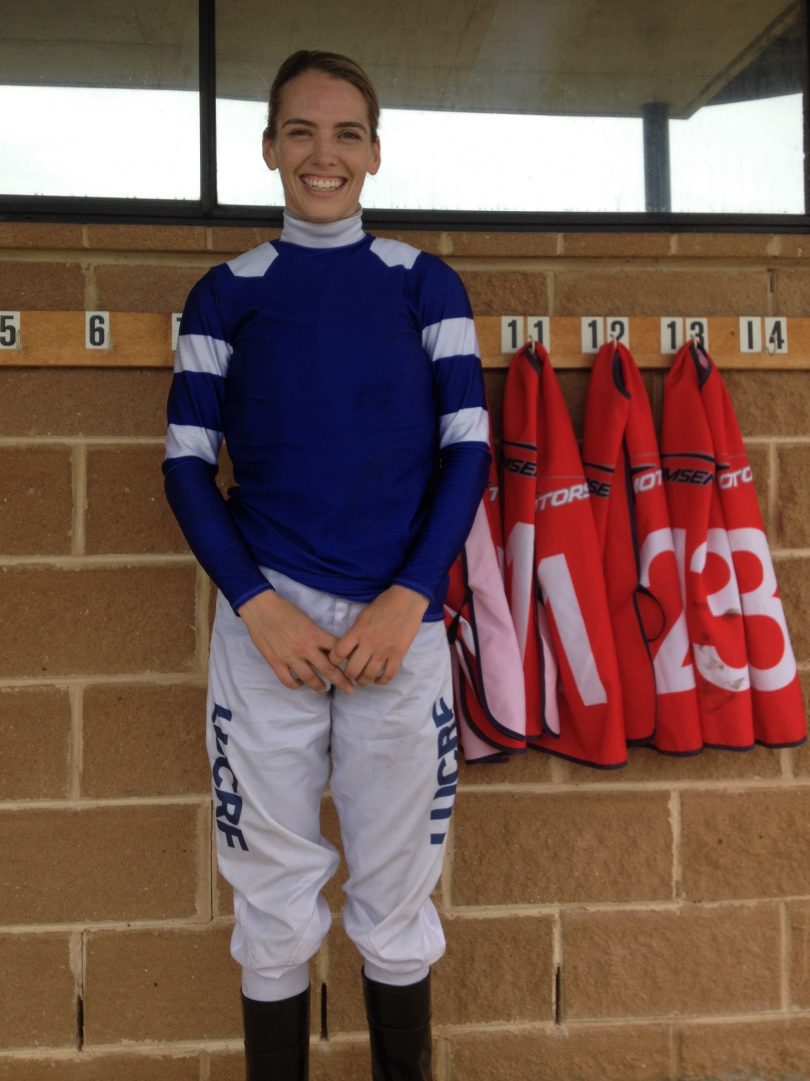 Canberra-based jockey Kayla Nisbet says that travelling around NSW to race is “the worst part of the job.” Photo: Elka Wood.

The jockeys mostly come from elsewhere, says Tweedie, but some of the horses racing are trained on site by Barbara Joseph or come from local private trainers.

No matter – we’re all equals at the races, whether from Kalaru, Melbourne or Uganda. Just follow Coor’s advice and come as the gates open to find a table and a spot on the lawn to watch the mud fly from.