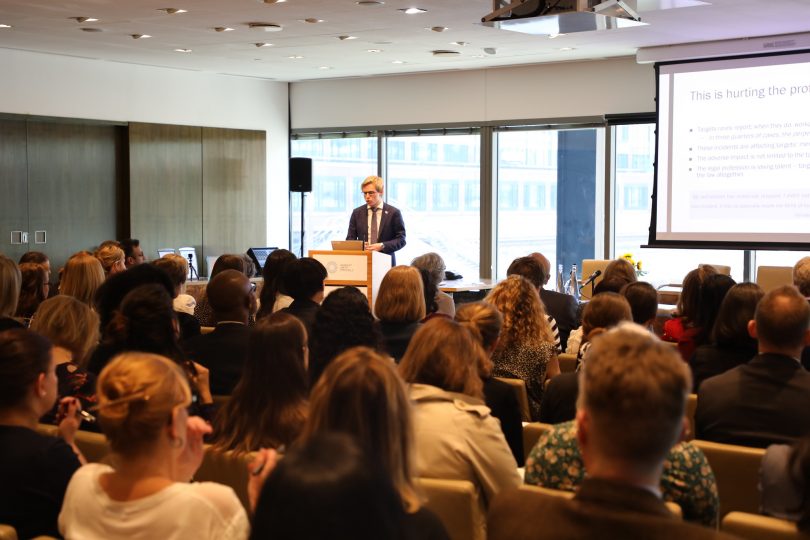 Kieran Pender, a senior legal advisor with the International Bar Association and a BAL Lawyers alumnus, will discuss the legal issues that arise for HR Managers who are supporting workers experiencing sexual harassment. Photo: Supplied.

Three years since reports about the predatory behaviour of Harvey Weinstein sparked the #MeToo movement, workplace sexual harassment continues to dominate headlines worldwide. The dominos are starting to fall in Australia too.

In recent months alone, allegations against former High Court judge Dyson Heydon, and bosses at insurance giants AMP and QBE have generated much controversy and resulted in high profile sackings.

Despite the headline cases, lawyers and HR experts say there is still a much wider issue to deal with regarding inappropriate conduct in the workplace.

The Australian Human Rights Commission’s National Inquiry into Sexual Harassment in Australian Workplaces, held in March this year, heard of an urgent need to shift from the current reactive, complaints-based approach, to one which requires positive actions from employers and a focus on prevention.

Kieran Pender, senior legal advisor with the International Bar Association and Visiting Fellow at the ANU College of Law, says there is still far too much inappropriate behaviour going on in Australian workplaces and, he says, the starting point is workplaces admitting there is a problem.

“This is not about a company policy that says sexual harassment won’t be tolerated and leaving it there, it’s about how people at the top treat their subordinates. It’s about what action is taken in response to those so-called ‘one-off’ cases of inappropriate behaviour and comments,” Kieran said.

Kieran leads the International Bar Association’s work to address harassment in the legal profession and authored their landmark 2019 report, Us Too?

Kieran says that in virtually every case the #MeToo movement has brought to light how men in positions of power treat female subordinates typically doesn’t start with full-blown harassment. It often starts with an inappropriate comment, a questionable invitation or an uncomfortable gesture.

“How management in workplaces treats those instances matter,” Kieran said.

So what can HR managers do to better prevent issues arising, respond effectively when incidents do occur and avoid finding their organisation in the headlines?

Kieran says workplaces need to be doing more work around being preventative and responsive, including making reporting more accessible and less intimidating.

“Policies need to be in plain English, and there should be regular training so that all employees know what workplace harassment and bullying looks like.

“Not many workplaces are going to have such severe cases as the ones currently in the headlines but even less severe conduct like inappropriate, intimidating behaviour, bullying or overbearing supervision has a significant impact on the person experiencing it,” Kieran explained.

“The research shows that many employees don’t have confidence in using the traditional mechanisms for reporting issues to management.

“There are plenty of innovative tech solutions now available so that employees can report behaviour anonymously. It is then up to the company to treat these complaints with respect and confidentiality, be transparent about the processes and care about their employees.

“For too long complaints have been swept under the carpet and the person complaining ends up leaving or taking further action outside of workplace processes. This is not smart for business, there are reputational costs as a well as financial costs if things escalate,” Kieran said.

“None of this is easy, culture change can be difficult and workplace harassment issues involves uncomfortable conversations but it is possible for respectful change to happen and it must.”

Kieran Pender, senior legal advisor with the International Bar Association and BAL Lawyers alumnus will discuss the legal issues that arise for HR Managers who are supporting workers experiencing sexual harassment at the BAL Lawyers September webinar on Friday, 18 September at 8:00 am. 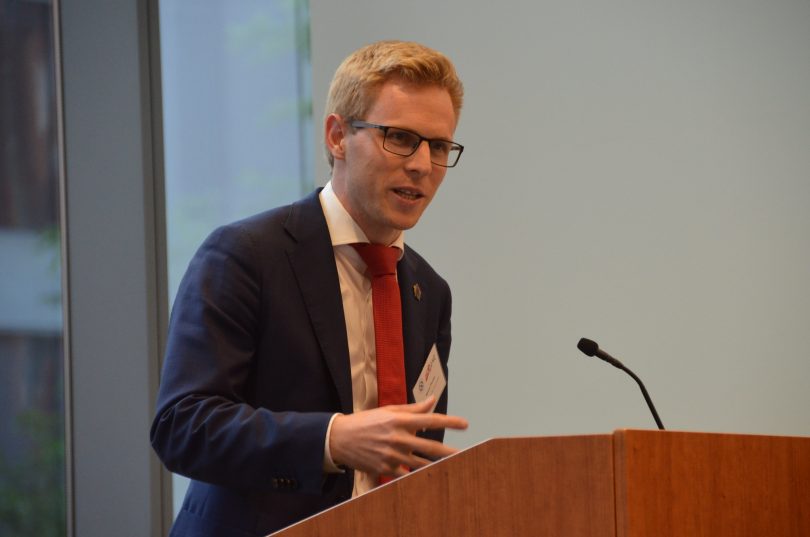 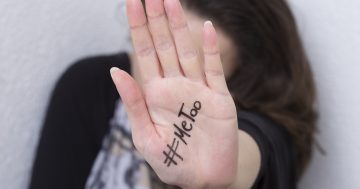 Now what? Dealing with employee behaviour in a post #metoo world