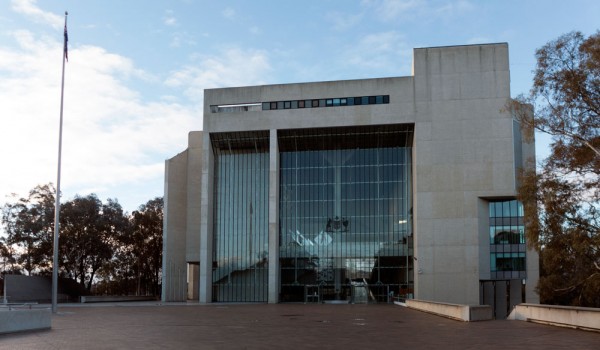 A High Court investigation has revealed extensive sexual harassment allegations against former Justice Dyson Heydon. Photo: File.Shocking allegations that former High Court Justice Dyson Heydon has sexually harassed a number of women have swept up a prominent Canberra lawyer and prompted “deep concern” from an organisation representing women lawyers in the ACT about the level of sexual harassment proliferating across the profession.

An investigation by The Sydney Morning Herald‘s Kate McClymont and Jacqueline Maley revealed that the former president of the ACT Law Society, Noor Blumer, had raised concerns about the recently retired Justice Heydon following an incident at the University of Canberra Law Ball in April 2013. Ms Blumer alleges he felt the side of her leg and forcibly attempted to kiss her.

Ms Blumer was reportedly “upset and disgusted” at Justice Heydon’s behaviour and left the ball immediately. She made a lengthy note of the events and notified the University the next day. Justice Heydon was subsequently removed from the event after a student made a further complaint about his behaviour.

A statement made by the University of Canberra verified that Ms Blumer had raised concerns regarding Justice Heydon’s “inappropriate and unwelcome behaviour towards her at the Ball”.

After two of his former associates made a complaint to the High Court in March last year, Mr Heydon’s pattern of behaviour was the subject of an internal administrative investigation by the High Court run by Vivienne Thom, the former Inspector-General of Intelligence and Security. 12 witnesses were interviewed.

Dyson Heydon sat on the High Court from 2003-13 and subsequently ran the Abbott Government’s Royal Commission into Trade Union Governance and Corruption. He has denied the allegations and a statement from his lawyers says the inquiry was not conducted by a judge or a lawyer and that if any conduct of his had caused offence “that result was inadvertent and unintended”.

However, the Chief Justice of the High Court, Susan Kiefel, has apologised to the women personally and says “their accounts of their experiences at the time have been believed”.

Danielle Mildren, who is the president of the Women Lawyers Association of the ACT (WLA ACT), says that the allegations are being taken very seriously by women in the profession and that sexual harassment within the ACT legal profession “remains a pervasive problem that continues to disproportionately affect women lawyers”.

WLA surveyed women in the legal profession in 2018 and found that more than half of those who responded had been subject to sexual harassment in their workplace. Nearly half said that they had witnessed another person being sexually harassed while at work and Ms Mildren says that reports of sexual harassment feature regularly in WLA ACT’s surveys on pay and conditions.

“When I heard about this, I thought immediately that it would be Justice Heydon,” Ms Mildren told Region Media. “There have been reports for a while but nothing was substantiated.

“I think one of the biggest problems the profession has is that people don’t report. Nothing can happen because you can’t take action unless you have an allegation. And it’s really hard to come forward when women know their complaints can have a huge impact on their careers.”

WLA ACT has begun work with the ACT Law Society to develop sexual harassment template policies. Ms Mildren says that these are not necessarily widespread in smaller law firms, but there is a need for guidelines on how to respond to allegations of sexual harassment and misconduct.

“It is clear that the ACT legal profession has a long way to go to make sure it is free of sexual harassment,” she said.

“The stories … highlight how important it is for the ACT legal profession to address systemic cultural issues that underlay the issue of sexual harassment in the legal profession.

“Sadly, we know of so many women lawyers in the ACT who have suffered sexual harassment at work. Many do not report the incidents for the same reason as these brave women … the power imbalance between the perpetrator and the complainant, as well as the very real fear of damaging their career prospects.

“It is clear that an industry-wide approach is needed to combat this problem.”

Jenni Zimoch - 5 minutes ago
Taylor Rundell we haven't even had any cases a part from one or 2 in hotel quarantine in MONTHS too. And I'm not sure we ever... View
Taylor Rundell - 12 hours ago
In New Zealand they removed these types of restrictions once they were at covid zero, and other states are more relaxed - why... View
Opinion 21

Jeremy Thomas - 6 minutes ago
Jorge it’s 100 percent renewables in the ACT. In any case, they are so small the their emissions would be way lower than a... View
Jon Billows - 13 minutes ago
Kriso Hadskini Two way street mate. Plenty of "elderly" don't have consideration for anyone else either. People in glass hous... View
Jorge Gatica - 18 minutes ago
Jane Kennedy how is there no emissions when the battery is charged with coal fired power stations View
Property 1

Ol L - 32 minutes ago
But apparently according to Mr Barr there is no link between increasing landlords costs via land tax and any rise in rents? I... View
Food & Wine 13

FB - 46 minutes ago
Canberra is certainly an odd place. Where else could you start a business getting people to pay $10 for a toasted sandwich. I... View
Ivana Ryan - 2 hours ago
Toasted sandwich and a coffee 😋 Bojana Simic View
Christopher Rompotis - 3 hours ago
Hannah next brunch catch up? 🤔 View
Lifestyle 27

@The_RiotACT @The_RiotACT
Funding issues from the developer of Queanbeyan's long-awaited cinema are delaying the project more than three years after its DA was first approved https://t.co/41vCKCl5hx (19 minutes ago)