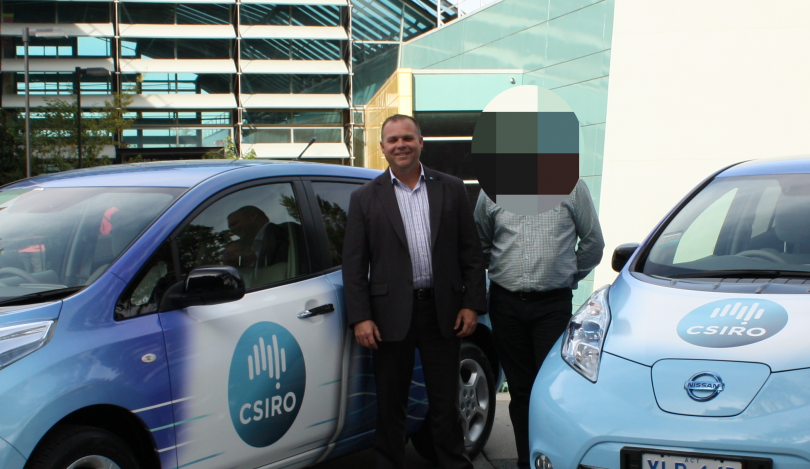 A former high-ranking member of Australia’s national science agency has admitted he defrauded his organisation out of over $320,000 by buying items like a jetski, a top-of-the-line Lexus and Toyota Hilux for his personal use.

Mark Stuart Wallis, 47, once held a position in the Commonwealth Scientific Industrial Research Organisation (CSIRO) as the business and infrastructure services director.

However, according to court documents, he became estranged from his family after committing his crimes and now lives alone in Broulee on the NSW South Coast where he drives school buses.

“I have lost everything due to this,” he told the author of a pre-sentence report.

Between 2012 and 2017 he used his corporate credit card 35 times to buy about $72,000-worth of personal items, including spending almost $26,000 on a jet ski and trailer from the Canberra Motorcycle Centre, which was later seized by police when they raided his home in Griffith.

Wallis repaid the CSIRO after police had begun investigating him and searched his home twice. In 2018, criminal proceedings were started against him.

In the ACT Supreme Court on Thursday (21 April), Wallis, who also used to work for the Australian Federal Police, pleaded guilty to charges of dishonestly causing a loss to a Commonwealth entity and intentionally using a forged document to obtain a gain.

His brother, Reverend Daniel Wallis, told the court he had been “on top of the world”; he was successful at his CSIRO job, had been a good husband and “lived for [his] kids”.

But Daniel said after he committed his offences his marriage broke up, his son stopped talking to him, his other children have little contact with him and “he’s just coping”.

Crown Prosecutor Natasha Purvis said Wallis’s crimes involved a “high-level breach of trust”, not just from his management role and ability to approve expenditures, but also from how he used CSIRO employees.

When it came to the purchase of the jetski, she said, he deceived colleagues by saying the money was for maintenance costs, then with the gym membership for his wife, he used a colleague to enter it into the agency’s system for him so he could approve it.

Barrister Margaret Jones SC, representing Wallis, said her client’s life seemed to have been going pretty well with both he and his then-wife having successful careers.

But he had a motorbike accident in 2010 after which his brother noticed behavioural changes. Then he was diagnosed with a serious type of arthritis and allegedly faced bullying at work.

He had “lost everything” as a result of the charges, Ms Jones said, from his home and family to his dignity and respect.

She asked for a suspended sentence, although Ms Purvis said actual jail time was appropriate.

Chief Justice Lucy McCallum continued bail and adjourned to 6 May for further evidence and to consider whether she would order a pre-sentence report.

More reasons for the Commonwealth Auditor to be strengthened, rather than suffering current budget cuts.

Sadly, he is still in denial, because he had already decided to “love everything” before he did it.

Yep, when CSIRO changed its business model to ensure that research had a profitable commercial application (apart from the agriculture research which was generally focussed on problem solving) then many respected scientists moved offshore, retired or resigned. Place is now full of ‘research dollar chasers’ and business types.

The CSIRO has become a climate change rent-seeker.

How can he be now driving school buses in NSW when In New South Wales, all drivers of public commercial passenger vehicles (CPVs) including those commuting school children must obtain a Criminal Record Check for obtaining a NSW Bus Authority?

He hasn’t been sentenced as yet so has no record

Read it again. He has pleaded guilty and is awaiting sentencing.

Also, the police will always notify agencies and stakeholders who have obtained criminal record checks when any alleged offences occur and that is enough to cancel his license to drive buses.

I was given a non-criminal traffic infringement notice in Canberra some years ago which I elected to take to court and contest rather than pay and the ACT Police immediately contacted a government agency that I was a contractor to and they suspended my security clearance until the fine was paid.

I am so old, I can remember when CSIRO was a world-respected science agency, not an eager government lapdog, spouting United Nations net-zero propaganda.

One imagines the exchange of facile management speak at the 2011 Wallis selection committee. Due diligence, yeah.

Far too many words dedicated to repeating the pathetic ‘sob story’ and not enough joy at this clown being caught and going to jail….