Four new points where you can cash in bottles and cans 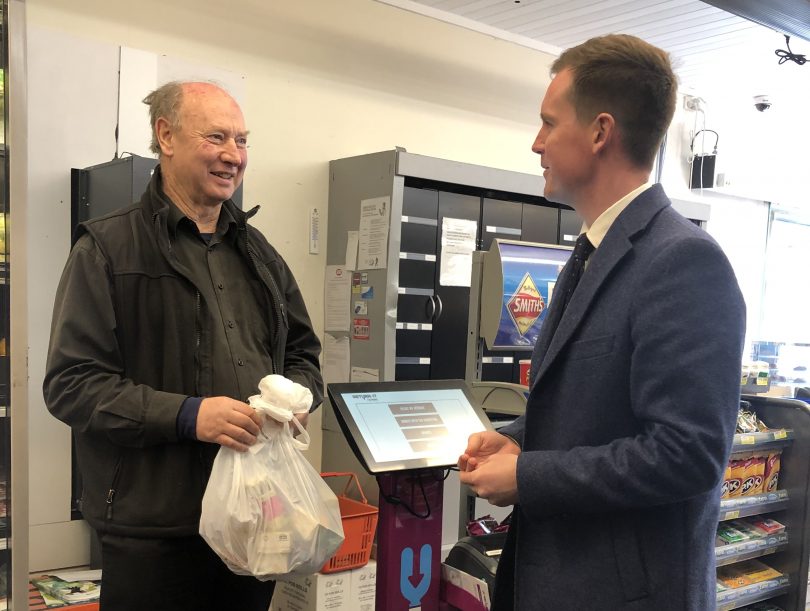 The ACT Government has moved to expand its Container Deposit Scheme to encourage more recycling as the Territory along with the rest of Australia grapples with the consequences of China refusing to take the nation’s waste.

Four new express return points for the year-old ACT Container Deposit Scheme have been announced, bringing the number of locations across the Territory to 17, with more on the way.

Under the Scheme, people can return eligible, empty beverage containers to return points and receive a 10 cent refund for each container that one can keep or donate to charity.

Eligible containers are ones that are commonly found in the litter stream, including most glass, PET, HDPE, aluminium, steel or liquid paperboard (cartons) between 150mL and 3L in size.

City Services Minister Chris Steel announced the new return points at IGA Farrer in Farrer Place (open 7:30 am – 8:30 pm), with the other three at IGA Evatt in Heydon Place (open 7:30 am – 8 pm), Anglicare Phillip in Colbee Court (open 9 am – 5 pm Monday- Friday, 9:30 am – 2:30 pm Saturday) and the Gungahlin Recycling Drop Off Centre in O’Brien Place, where a new express ‘Pod’ drop-off point in a shipping container is being trialled.

The Drop Off Centre is open 7 am to 7 pm every day of the week, and Mr Steel said early results showed it to be popular with the community, with up to 15,000 containers a week dropped off so far.

Mr Steel said Australia was facing a national waste crisis with recyclable waste no longer being able to be sent to China, and it was important it had a clean, uncontaminated source of plastic material that could be sold into markets and turned into other plastic products.

“The CDS has been absolutely critical in helping us address this national waste crisis in Australia and it’s also important to reduce the amount of plastic going into our environment, landscapes and waterways by encouraging people to pick up bottles in their neighbourhoods and return them to the collection points that we’ve opened,” he said.

“We want to increase the number of points over time, 18 by the end of this financial year and we’ll look at rolling out extra other points in other parts of Canberra in convenient locations.”

Mr Steel said all jurisdictions were moving towards these types of schemes in response to the Chinese policy, and the ACT was also looking interstate for ideas, such as the shipping container option across the border in Queanbeyan.

The Scheme also helped to have cleaner recycling outcomes.

“When there is a high contamination rate it makes it much more difficult to have usable plastic resources so this has been a really important part of addressing our resource recovery rate,” he said. 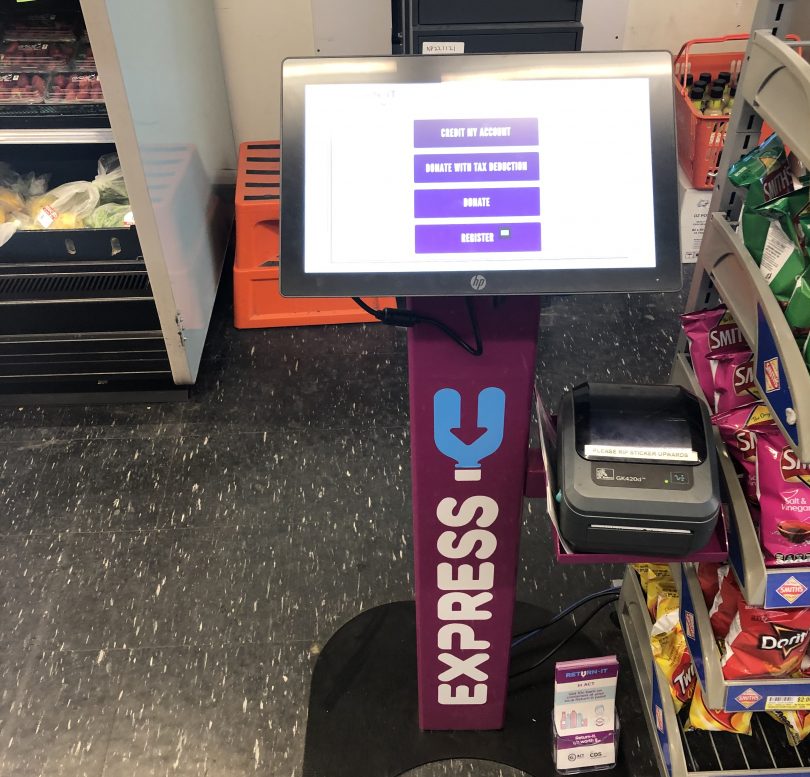 Mr Steel said more than 26 million containers had been returned so far and Canberrans were increasing their use of the scheme, finding it a great way to raise funds or donate to charities such as the Salvos and Vinnies while recycling at the same time.

Mr Steel said the scheme would continue to expand with more return points to be announced in coming months, with a focus on convenience and availability outside work hours.

Peoples wanting to use the express return options will need to register and create an account. Once an account has been registered, containers can be bagged and taken to any express return point. People can log in, print off labels for the bags, and hand the bags over with the refund credited to their nominated bank account in the next few days.

In addition to the express return model, immediate cash refunds are also available at all three ACT CDS depots – Fyshwick, Mitchell and Phillip.

Mr Steel urged more Canberrans to get on board and said the reasons to use the scheme were endless.

“Earning extra pocket money, fundraising for your school or sports group, or donating the proceeds to a charity organisation, are just some examples of how residents are using the CDS to raise funds,” Mr Steel said.

For more information, including container eligibility, how and where to return, and to create an account, visit www.actcds.com.au

Why can’t bottle’s and containers be returned directly back to the retainer and restaurant that you purchased it from?

I’ve done a drop-off in Colbee Court Phillip a couple of times now. The staff are terrific, the process is easy and I get a few dollars beer money. I reckon it’s a great service and hopefully it’s now permanent.

As someone who avoids taking plastic bags, how am I expected to find a plastic bag to put the bottles in?

(Just wanted to ask that, as in reality I rarely have any of the bottles and cans to recycle. There was one water bottle in my recycling bin today. It fell out of my neighbour’s overfull bin, and I picked it up and threw it in mine.)

Why not within West Belconnen? I asked for this at Kippax and/or Charnwood.

Would be nice if we could have reverse vending machines like over the border.

Lynne Audsley we have them in Queanbeyan

Kevin Knudsen - 58 minutes ago
Christine Tancred or perhaps.. Federal government.... View
Christine Tancred - 1 hour ago
I hate it when reporters refer to politicians or parliament as Canberra. We don't own them, we didn't all vote for them, and... View
Elouera Lea Lindquist - 7 hours ago
Timmy Holness officially the coldest hot-spot in Australia 🙄 View
News 5

Paul Chubb - 2 hours ago
Finland housing first is best practise. The idea is to place the homeless in normal housing: rental apartments etc and then w... View
Mathew Richards - 5 hours ago
Civic Flats, The great Wall in Melba, Mawson Units, The Narrabunda Housing, Oaks Estate. This is nothing new. The biggest pro... View
Gregg Heldon - 7 hours ago
Amanda Evans it's not a bad idea View
News 6

Gregorïo Bîskït Kïlcher - 4 hours ago
I'd like somewhere to walk the lake at night that has good lighting. A walk like they have in St Kilda would be good. View
News 15

Michael McDonald - 4 hours ago
Or we could just invade NSW. View
Nell Feneck - 11 hours ago
The killing of Canberra View
Kerry Mulgrue - 13 hours ago
Just points out that the very existence of States and Territories is an anachronism. View
Food & Wine 15

Gregg Heldon - 13 hours ago
George Watling probably not the only one View
Annie Mills - 13 hours ago
EJ Fallon where do they say that? View
show more show less
*Results are based on activity within last 7 days

The battle of Jacka is about to be played out in Canberra's north as the rural leaseholder of the heritage-listed...
News 69

War on plastic: Ainslie IGA customers urged to bring their own containers to deli

@The_RiotACT @The_RiotACT
An overwhelming number of you think we should leave kids to have their fun outdoors, according to our poll. This week we're wondering whether masks should be mandatory, as COVID-19 circles the ACT? https://t.co/ebchI4s0je (22 minutes ago)