This makes me rather happy.

In an Australian first, a custom made fresh water rock reef will be submerged in Cotter Dam to act as a new habitat for the endangered Macquarie perch.

I want to know how one gets into designing fake fish habitats for a living.

Mr Corbell paid a visit to the site of the seven kilometre structure this morning to see the specially designed habitat.

“The rock reef is a significant example of the environmental responsibility ACTEW Water has embraced in the construction of the enlarged Cotter Dam,” Mr Corbell said.

“ACTEW Water built the rock reef to provide new habitat for the Macquarie perch, in response to a requirement to protect endangered species.”

While Cotter Dam contains one of the largest populations of Macquarie perch in Australia, some of the reed beds that provide the fish with shelter will be lost due to the dam’s enlargement.
The rock reef will provide much needed new shelter to help protect the Macquarie perch from cormorants.

“Ecologists and engineers worked together to create enhanced fish habitat for our endangered native species, which should ensure their ongoing survival,” Mr Corbell said.

“The ACT Government is committed to the protection of threatened species and I commend the partnership between ACTEW Water, the Australian National University, University of Canberra and the University of Sydney that has produced this important project.” 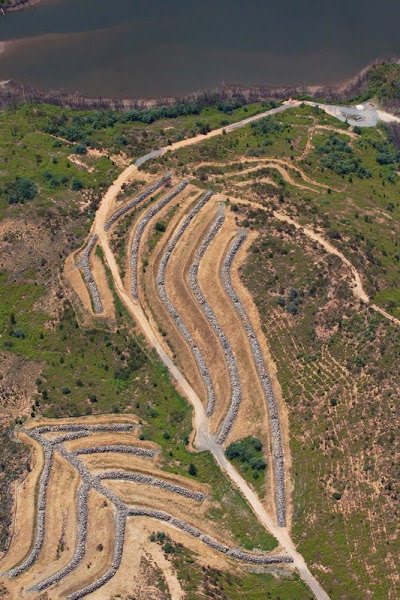 Everybody knows it’s Rangers only fishing up there anyway.

What part of “endangered species” did you miss. Further, no fishing in Cotter Dam.

Ha ha ha, took him right in, bait, hook, line, sinker and all!

What part of “endangered species” did you miss. Further, no fishing in Cotter Dam.

Here is a piccy.

Does anyone know if the smilely face is still there?

Tom Adam - 5 hours ago
Natalie the Woden area around the bus depot. (Where they had to due to land sale agreements). Not the Phillip business Centre... View
Natalie Roseworn - 6 hours ago
Tom Adam they announced some major refurbishments for Woden/Phillip not long ago. View
Lucy Irene - 14 hours ago
Mmm, not sure why ‘rainbow’ roundabouts could be an issue, curious! View
Property 20