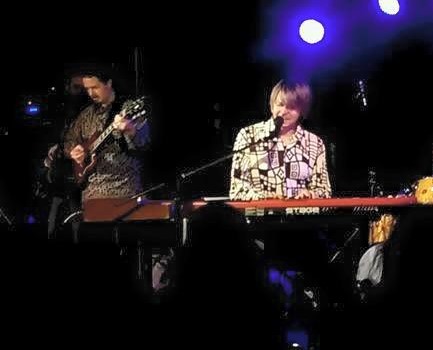 Clayton Doley is Australia’s finest Hammond organist. He has dedicated his life to exploring the full potential of the B3 Hammond and utilising its dynamics, depth of tone and it’s bass pedals. Not just an organist, Clayton has a deep and rich and soulful singing voice and his bluesy songwriting combines modern structure and harmony with thoughtful and sensitive lyrics. Clayton is back from touring around the globe, both with his own projects and as back up to Canadian Bluesman Harry Manx and Texan guitar traveller Eugene ‘Hideaway’ Bridges.

Illya Szwec can’t sing – but he can play the guitar! Onstage or on CD, he’s been called on by some of Australia’s best in blues & roots music: Wendy Saddington, The Wolverines, Continental Robert Susz, Declan Kelly, Don Hopkins & Margaret Roadknight, to play some lowdown & funky guitar. And he’s also been busy doing his own thing with Illya Szwec’s Groove Depot. Clocking up frequent flyer points and regular tyre changes on the car are the result of Illya’s visits to everything from music festivals to tiny watering holes around Australia.

Sarah Fox - 5 hours ago
Zalan Filip we will have to check it out! View
Zalan Filip - 15 hours ago
Sarah Fox the one Soph was going on about... reminds me a bit of the huge market thing in Castlemaine. View
Angela Doyle - 17 hours ago
Jacinta Elliott yes please! View
Opinion 107