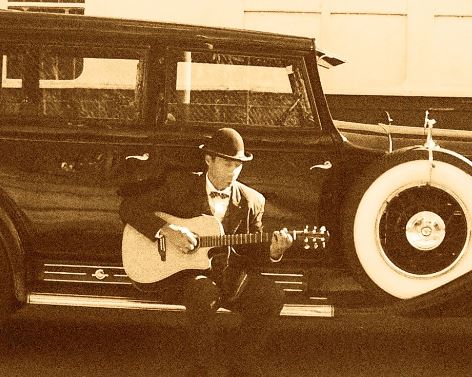 For decades Isaiah B Brunt has been a top Aussie production guy and studio owner who’s worked with Julio Iglesias orchestra, hosted the Goo Goo Dolls and rehearsed American Idol’s Randy Jackson and his band for their Australian touring.

Not only has Isaiah been behind the board for globally upper echelon bands, he’s been a go-to sideman for bands touring down under like the time he hit the road in Sydney aiding Keanu Reeves band Dog Star.

All the while he was working with other people’s music, Isaiah always knew where his heart lay. The same place it was when he first heard his father strum the Ukulele, blow harmonica and unleash the lap steel. Isaiah was the 2010 Sydney Blues Society Performer of the Year and good enough musically to be one of the very few to be reviewed in the /Memphis Daily News/.

Isaiah will be playing with Calvin Welsh on drums/percussion.

Ashley Wright - 5 minutes ago
Darlene-Rose Strickland winter in Canberra is actually the driest months. Spring followed by summer are the wetter months. View
Kevin Stockton - 3 hours ago
Imants Ezergailis haha...let the keyboard warriors complain - the truth hurts View
Jackie Fuller - 5 hours ago
Andrew Dudley how do you figure that out 🤦‍♂️... View
Sport 8

Pandy - 12 hours ago
The 2003 fires burnt out 90% of the Park. It regrew. 17 years of growth and leaf litter. Nothing to do with climate change. I... View
Carly Farrell Wood - 19 hours ago
Vic Wowk this is what I was trying to find about the 2003 bushfires View
Kirsty Luckie - 19 hours ago
Jenelle Balch too true. View
Community 2

Marion Baney - 21 hours ago
Helaine Freeman we need to take mum and dad out too see these. Lol... View
Stephanie Dodds - 22 hours ago
Brodie Gibson - has Hannah seen these yet? View
News 125