From typewriters to the cloud – OPC IT continues to grow 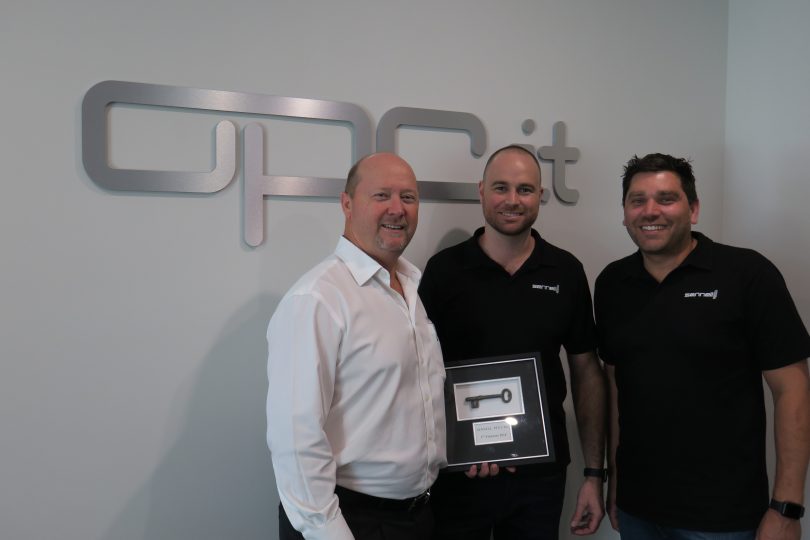 OPC IT is a beacon on the Canberra managed technology services landscape. Their light is shining even brighter after the recent announcement they have acquired another local provider, Sennell.

OPC IT has operated in Canberra for over 30 years – yes kiddies, that’s before the internet – and have moved from typewriters to the cloud and beyond.

In recent years, OPC IT has moved into flashy new offices in Fyshwick, become a Dell EMC platinum partner and a Microsoft gold partner, and joined the Federal Government’s Cloud Services Panel.

The acquisition of Sennell will grow OPC IT’s staff from 27 to 32 and client base from around 60 to 100.

OPC IT, managing director, Brett Norton said, “We are very pleased to acquire Sennell because we get a team of very experienced technical specialists, with a robust client base and an opportunity to grow our business partnership with DELL.”

Previous owners of Sennell, Andrew Senti and Alex Cannell, said the time was right for them to align their business with OPC IT.

“We would have had to make significant changes, in relation to time, money and resources, if we wanted to grow. So, we thought better it better to sell to OPC IT,” Andrew said.

Brett says that he has been impressed with Andrew and Alex during the transition.

“Andrew and Alex run a tight ship and have a great team. Four weeks in we have seamlessly moved their operation in with OPC IT,” Brett said.

And, of course, the admiration from Sennell was mutual.

“We respect Brett as he is an icon in our industry. When we decided to sell we didn’t approach anyone else. We are really pleased with the outcome,” Andrew said.

So, where to for OPC IT now?

“We intend to settle in for the next 12 months and transition our new customers,” Brett said.

And the future of the managed IT industry?

“The future of our business is in the Cloud and it has never been more important to have an IT company managing your IT services,” Brett concluded.

Do you see the future of your business or IT managed services in the ‘cloud’?

CLooey - 23 minutes ago
Yes please, I think this is a great idea to achieve a healthy work and home life balance. Not sure if it’s possible though... View
bikhet - 28 minutes ago
"Pretty sure teachers won't be working a four day week." Why not? They only work part-time now.... View
Steve Hambridge - 1 hour ago
What, *every* week?! View
Opinion 31

May Agnew - 6 hours ago
MOST DEFINITELY -so many homeless -a national DISGRACE -and wealthy developers becoming wealthier still - causing a concrete... View
George Watling - 11 hours ago
A recent OECD review of 300 Urban Planning studies from across the world has demonstrated that increasing the compactness of... View
George Watling - 11 hours ago
This story is not based on evidence or research. Higher density planning policies have been driving up property prices around... View
Community 7

Program looking to give Canberra couples a dose of reality

@The_RiotACT @The_RiotACT
Van Gogh has proven once again to be an unbeatable crowd-pleaser in Canberra. And some young local artists were even inspired to create their own Sunflower-inspired masterpieces https://t.co/pdFL3jtLXi (13 minutes ago)

@The_RiotACT @The_RiotACT
More than 1000 Canberrans across six suburbs have been given the opportunity to change the look of their streets as part of a pilot forestry program. What trees would you like to see planted? https://t.co/dP9eU2Q2hq (1 hour ago)