It’s going to be hopping mad at the German Club over the Easter season, starting this Sunday!

The Harmonie German Club in Narrabundah holds a German Market Day every three months. The first one for this year is on at 9 am this Sunday 18 March – the traditional Easter Market.

Come down and ‘eggsplore‘ everything they have to offer, with plenty of German Deli, German Breads, Cakes, Coffee, German Wines, Beer and Spirits plus Handmade Crafts & Specialty Stalls.

My friend Maria explained the most important thing to know about German Market Day is that it is also known as “Frühschoppen“, which is nothing about shopping but all about brunching. One of the old Germans described it to her as “an excuse to drink beer with breakfast” and that’s pretty true. Prost! (which is Deutsche for “Cheers!”, in case you didn’t know).

As you arrive at the Club, you can’t miss the sausage stall right at the front door, where volunteers will be serving up bratwurst, weisswurst, and double-smoked pork Kransky sausages in bread rolls with sauerkraut and mustard (and tomato sauce, if you must…). Weisswurst is the traditional Bavarian breakfast sausage. 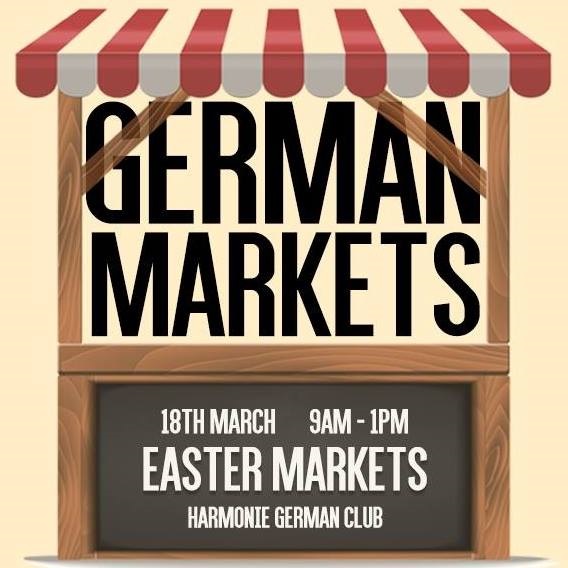 Those in the know will head straight to the back of the Club and down the stairs to the Keller Bar, to the Deli and Groceries stall. They usually sell about 250kg of deli goods – weisswurst, bockwurst, Kransky, bratwurst, Vienna frankfurts, leberkase (German meatloaf), speck, mettwurst, salami, leberwurst, and pate by 1 pm. 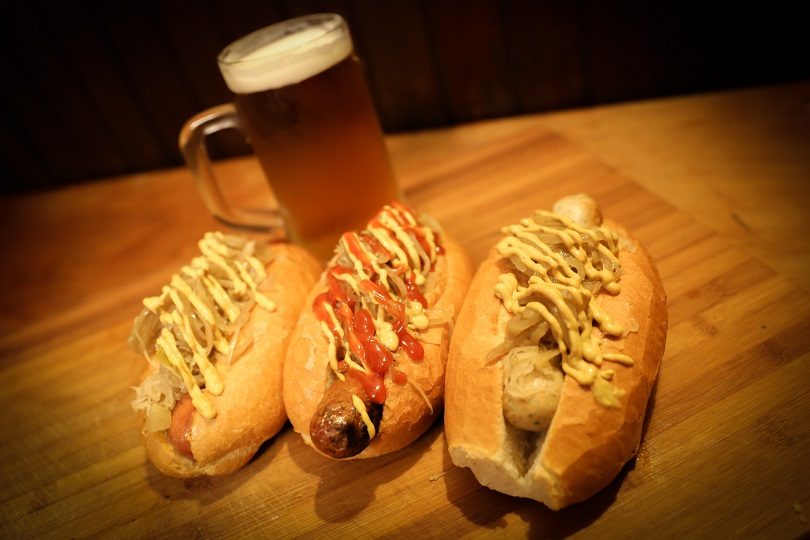 < Back upstairs in the Club, you'll find other stalls selling crafts, jams, pickles, plants, knitted items, dolls' clothes, aprons, ponchos, beads, jewellery, picture frames, candles, and pashminas, with German beers, wines and schnapps available from the bar. One of the highlights is the coffee and cake stall, where you can get a slice of home-made cake and a cup of tea or coffee for $6 and settle down in the lounge bar to listen to the Club band, the Harmonics, play German folk music. The range of cakes varies as they are all baked by volunteers, but there's bound to be at least one Black Forest Cake. The Markets officially open at 9 am and finish at 1 pm. Stay on for the Canberra Blues Society monthly Blues Jam in the auditorium from 2 pm, or to watch the footy on the big screen in the bar all afternoon. 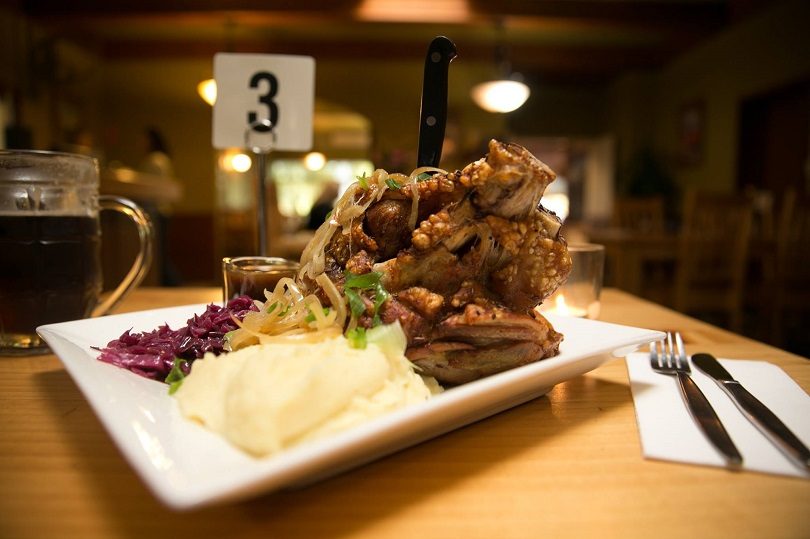 Come for the markets, stay for the food and beers! And don’t forget to ‘like’ and ‘follow’ the German Harmonie Club on Facebook.< Elias Hallaj (aka CBRfoodie) is an intermittent part-time food blogger and full-time political staffer who has joined RiotACT as a regular contributor. All his opinions about beer and sausages are his own. Don’t worry he is trying to cut back, but insists it’s just too damned delicious. If you have any tips or feedback you can find him on Twitter @CBRfoodie.