Fun and games at NFSA in blockbuster exhibition 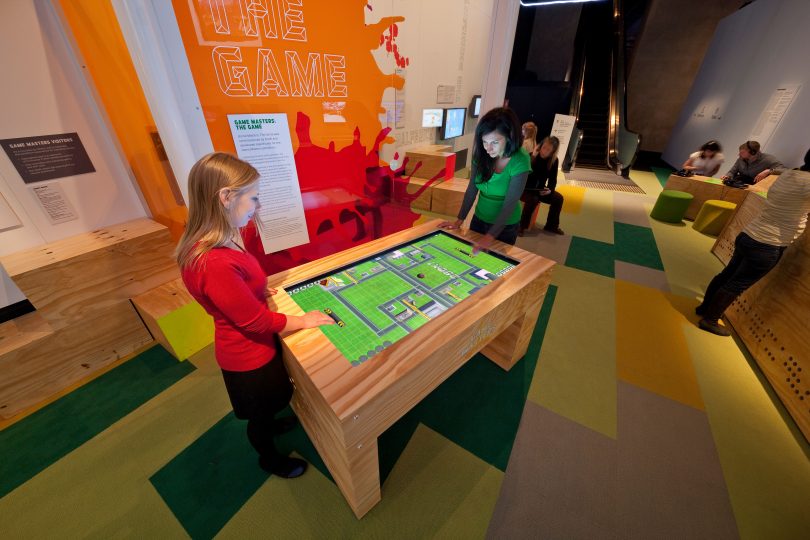 It’s game-on for the next six months as the National Film and Sound Archive hosts the ultimate experience for gamers, but which also promises to fascinate anybody interested in the social, technological and economic phenomenon that is the gaming industry.

After a six-year international tour and more than a million visitors, Game Masters: The Exhibition returns to Australia to make its Canberra debut at the NFSA from 27 September 2019 to 9 March 2020.

The exhibition, which first opened in Melbourne in 2012 and was created and curated by the Australian Centre for the Moving Image, tells the story of the video gaming industry’s evolution from the simple games of the 1970s to the contemporary blockbusters. It’s also been updated to include the latest indsutry developments as well as Australian creations.

The size of the exhibition has required the NFSA to open up a new area to accommodate all three sections – Arcade Heroes, Game Changers and Indies.

The journey through five decades of video game history offers both a behind-the-scenes look at the creative process bringing the world’s most popular characters and franchises to life, and a chance to play them. 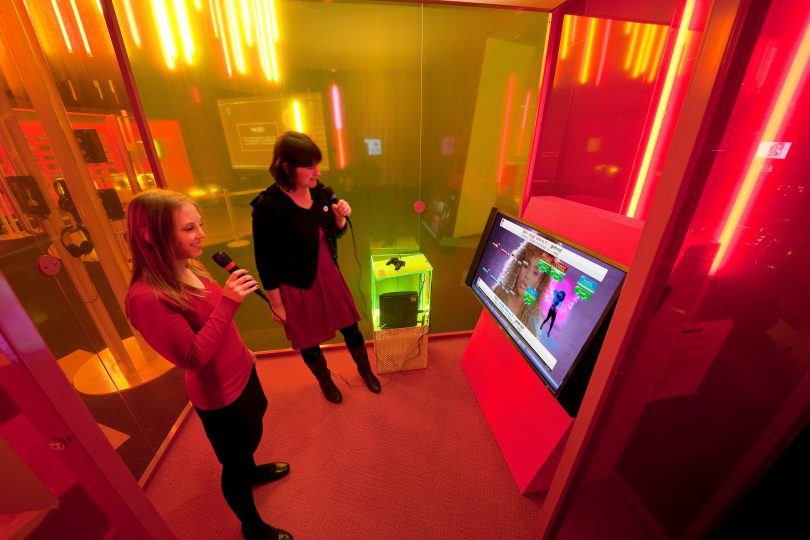 It will be an interactive experience.

Chief Experience Officer Matt Ravier says turning the NFSA into a giant video arcade meant taking over the entire south gallery, the front room and the ground floor of the recently reburbished library.

He says Arcade Heroes will display vintage arcade cabinets from the late ’70s, such as Pac-man and Space Invaders while Game Changers looks at the world’s best game designers of the past 40 years, including the games that built a lasting cultural legacy and changed the gaming world, such as Diablo III.

Indies will be staged in the Library, and includes games from independent studios “showcasing the full spectrum of what gaming can do and can be, and beyond the preconceived notions of what non-gamers might have about what gaming is”.

Mr Ravier says there are fewer non-gamers than people might think and even non-gamers are aware of how significant gaming has become in the culture.

“Economically, the gaming industry is bigger than film and music combined,” he says. “It’s a hive of creativity, design and vibrant artistry.

“What we want to do at Game Masters is show the full breadth of what gaming can be. Doing it through history is a really great way to learn how that medium evolved as the audience for it grew older and became more demanding in terms of the stories, the diversity, the technology, the look and feel, and design.”

These include games such as Dance Central and Rock Band for music lovers to live out their rockstar dreams. And yes, there will be space for visitors at the NFSA to rock out to their hearts’ content.

At the other end of the scale, Minecraft has become an educational phenomenon that brought children into the gaming space, not just to play but to create whatever they can dream up.

Mr Ravier discovered aspects of game design that he had no idea existed, such as Luminosity, where the imaginary world is made entirely by hand out of paper, cardboard and glue.

“It’s basically built in a studio out of these very simple materials. It’s a far cry from pixels, CGI and all that kind of immersive almost realistic technology that we now have,” he says.

Then there’s the Indie game Florence, which is like an interactive graphic novel about a young woman falling in love. The aim is to help her navigate her first serious relationship. 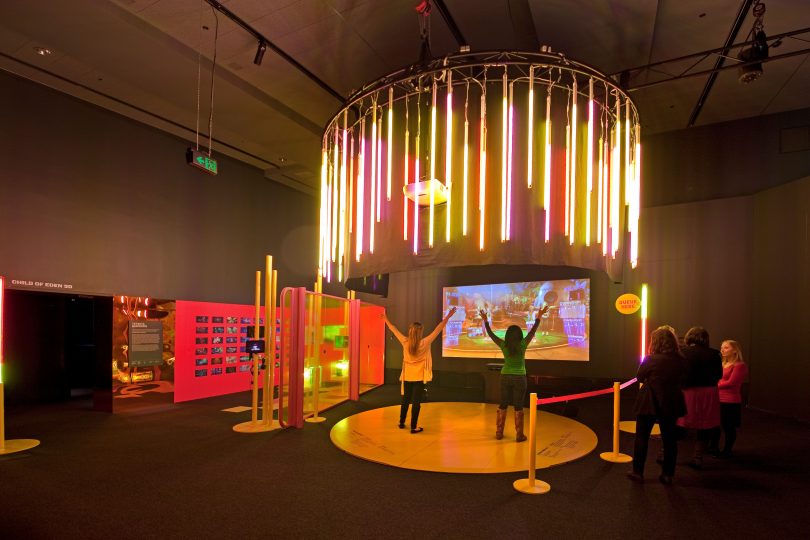 Complex or simple, games can be at the cutting edge of story telling, Mr Ravier says.

NFSA CEO Jan Müller says Game Masters is a formal acknowledgment by the NFSA of the importance of video games in contemporary pop culture, their influence in immersive storytelling, and their role within the broader audiovisual production sector.

“Game Masters provides an opportunity for audiences to discover the creative process behind video games and be amazed by their evolution. It is more than an exhibition; it is a space for different generations of gamers to come together and celebrate their favourites,” he says.

The exhibition’s Local Heroes event on 22 November will include Canberrans Ben Roach, who has worked on multiple games including Final Fantasy XV and now runs Upsurge Studios, and Anna Tito, a programmer and game designer who has worked on multiple titles including Gameloft’s Ice Age Village and KIXEYE’s Vega Conflict. Ms Tito’s been nominated twice for GDC’s Women in Games Rising Star award.

One for you to visit next time you’re home, Ray Knight

Ryan this is the one we saw in Melbs! Should definitely take mini gamer boy along.

Jess Dean for the gamers!

Frank Teale have passed it on

Dan Seven? Could be FUN