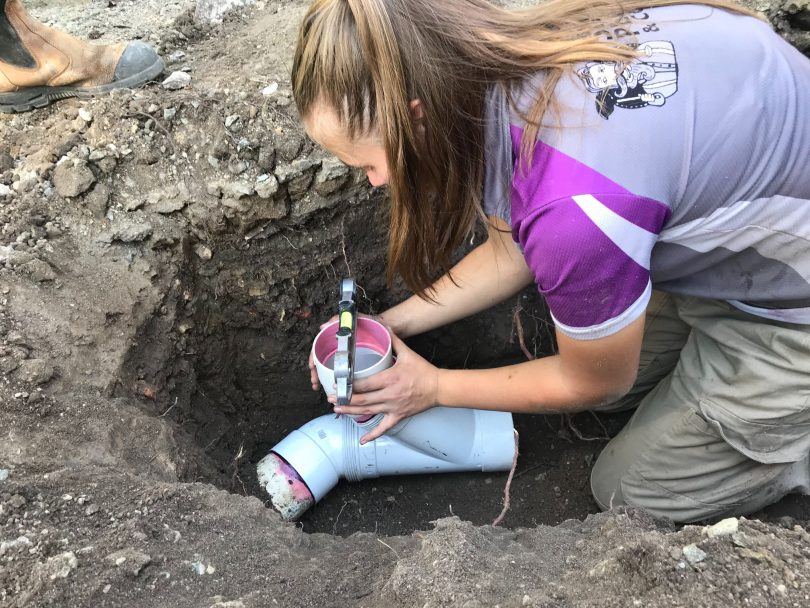 Tarago resident Georgia Ugov is wasting no time getting on with her career. The 17-year-old is a first-year apprentice plumber with Queanbeyan-based Simmo’s Plumbing who applied for the Rheem Apprentice Plumber Grants to help pay for her tools and tuition fees. She is one of only 10 people to receive the grant, which is given to chosen apprentices who demonstrate commitment to the plumbing trade.

“I really love plumbing,” says Georgia. “It’s something different every day, which is why I like it. I was in a women-in-trades program and I got to try out different trades – a different one every few months. I tried plumbing and liked it a lot.”

Rheem started the Apprentice Plumber Grants program to help ease financial pressure on apprentice plumbers. The company says the grants are a way of thanking the Australian plumbing industry for its ongoing support.

“The grant provides recipients with the opportunity to commit to further study, such as continuing the optional fourth year where apprentices can earn their trades licence and dream of one day operating their own business.”

Georgia is completing her studies through the Canberra Institute of Technology, and she outshone her competition by demonstrating a passion for plumbing, a strong work ethic and commitment to the industry.

“I knew from a young age that I never wanted to get stuck behind a desk, but instead have a career that involved using my hands and problem solving,” says Georgia. “After completing the women-in-trades program, I realised without a doubt that my future involved plumbing. 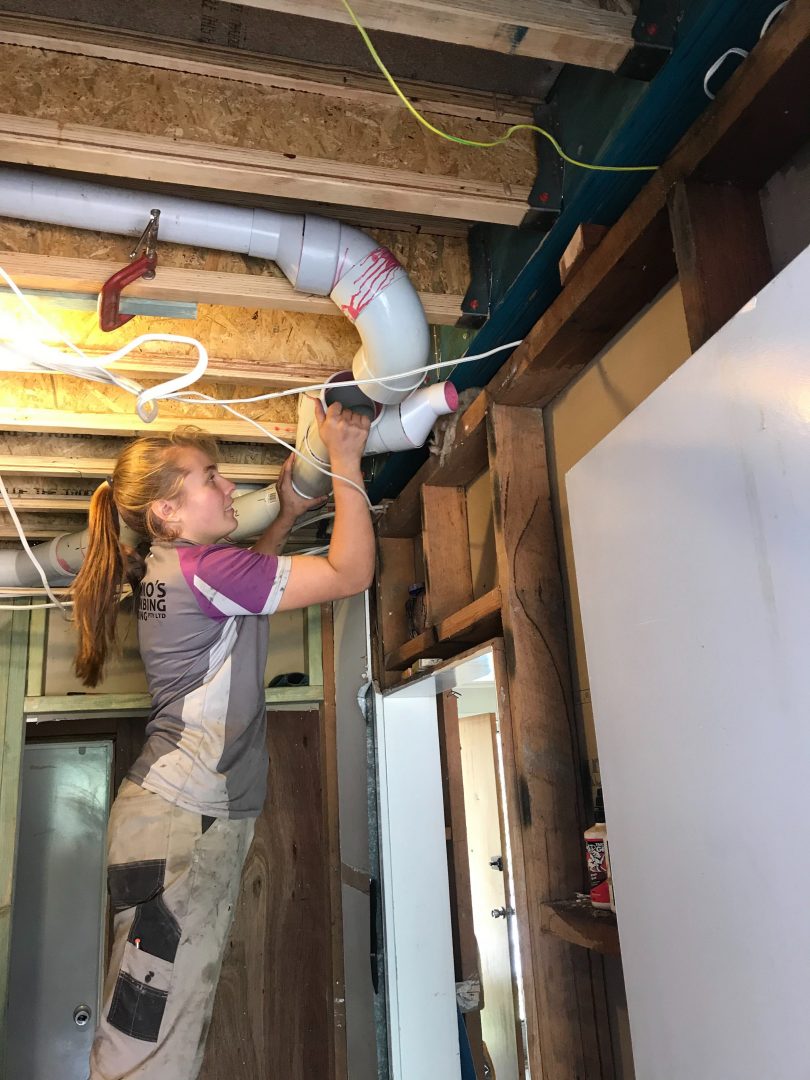 “We are taking extra precautions because of COVID-19 as we’re in people’s houses. We’re being really careful.”

Georgia is currently doing her plumbing apprenticeship studies online because of COVID-19 restrictions, but prefers hands-on training rather than sitting at a computer.

“I’ve remained determined to complete my apprenticeship,” she says. “I love plumbing because it makes me feel successful and this is something that has not been my experience throughout prior education and jobs until I began the trade.”

Women comprise only one per cent of construction tradespeople, but Georgia isn’t letting gender be a barrier.

“As a woman in the industry, I have come to accept that I will never be as physically strong as some of my male colleagues,” she says. “At times this can be frustrating because it puts me at a disadvantage with tasks that require great physical strength, but I’ve learned to not be afraid to ask for a hand and that no-one is going to think less of me because of it.”

Great to see and also the company willing to take her.

chewy14 - 16 hours ago
BJ, You aren't meant to bring these things up. The only information allowed is positive. It's efficient, it's modern, it's vi... View
chewy14 - 17 hours ago
JC We don't need news reports, transport Canberra publish the patronage reports. BJ's figures are accurate. https://www.trans... View
bj_ACT - 18 hours ago
Just for the record, the light rail business case for expected daily patronage was quite low in 2019 and we beat that in the... View
Property 6

Someonesmother - 17 hours ago
Gee why does this not surprise me? Look who the developers are. 43 car parks in a completely congested street, using Canberra... View
News 17

JC - 18 hours ago
China may well be a developing country with many that are very poor. It does however have a massive (millions) middle to uppe... View
keek - 21 hours ago
Nobody held a gun to the Chancellors head and said "You must rely on income from foreign students and expand to a level where... View
chewy14 - 23 hours ago
JS9, Whilst I would agree that the Federal government has set the framework and playing field that the Unis are operating in,... View
News 4

Chief Minister Andrew Barr has floated the idea of the ACT receiving one flight of international students for every repatriation...
*Results are based on activity within last 7 days

Preparing plumbers for a leap into exciting future

The Best Commercial Plumbers in Canberra

@The_RiotACT @The_RiotACT
Two things became clear this week - the light rail wars are over and this is a federal election year, says Ian Bushnell https://t.co/lejP33tCdl (5 hours ago)