Glebe Park to be “The Village” for the Centenary 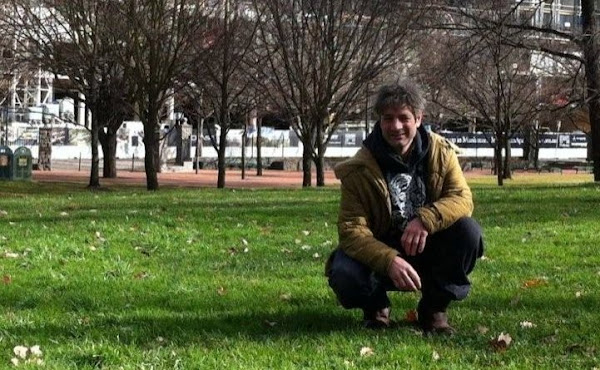 The Centenary of Canberra is looking for artists to be part of their transformation of Glebe Park over the Canberra Day weekend next year.

Expressions of interest are now being sought from local artists to participate in The Village, an old-style travelling carnival set to transform Glebe Park from 21-24 March as part of Centenary of Canberra celebrations in 2013.

Canberra School of Art graduate, co-founder and co-director of The Village, Stuart Vaskess, said he was thrilled to be bringing his roving carnival from Melbourne to Canberra for the Centenary celebrations.

“The Village is designed around the concept of an old European style village, with a gorgeous assembly of tents, caravans, buses, puppet booths and inflatables, and it’s one of the many charming ways in which Centenary celebrations will animate public spaces in 2013,” he said.

“Participants in The Village will be spoilt by this immersive cultural experience – it is like a gypsy wedding, but with festival components including The Gateway, The Village Hub, The Theatre and Sideshow Alley as well as Workshop Alley and The Village Studio,” said Mr Vaskess.

As well as enjoying the spectacle of artists at work in all manner of acts, visitors to The Village can purchase fresh produce grown by local school students or create their own art, craft and performance with free studio classes being run for the entirety of the festival.

“It will also feature the Chicken of the Century competition, a fun event involving school-raised hens undertaking fowl pageantry.

Phillip Scharf - 6 hours ago
Liam O'Toole you said it and it's not like anyone's suggesting an alternative solution View
liberalsocialist - 7 hours ago
This would be of the same ilk (politician) that demands immediate responses and replies for all their questions yesterday - a... View
Richard Cottrill - 7 hours ago
The UK follows the model of totally outsourced IT (at least in the departments I consulted to). They were routinely fleeced b... View
News 53

Norm Cheeseman - 7 hours ago
My great grandfather Noah Cheeseman was the first owner, the pub was built by his father in law Jeremiah Barrett View
Cheryl Thuillier - 9 hours ago
Was a great place. View
Motoring 9

Jose Vega - 9 hours ago
Because they think they can get more votes as per Trump and his extreme right wing mates in the USA. Just that no other reaso... View
Lifestyle 6

@the_riotact @The_RiotACT
In the last week alone, @genesisowusu took home 4 ARIA and two Triple J awards. We sit down with the #Canberra artist behind Owusu's most iconic piece of gold jewellery - his gold grill https://t.co/r576TmanM0 (8 hours ago)

@the_riotact @The_RiotACT
New details shed light on what police allege happened during a dramatic #prisonbreak in July when a car was rammed in broad daylight as jail staff were transporting a #detainee to hospital https://t.co/c8KUV2DWZN (10 hours ago)