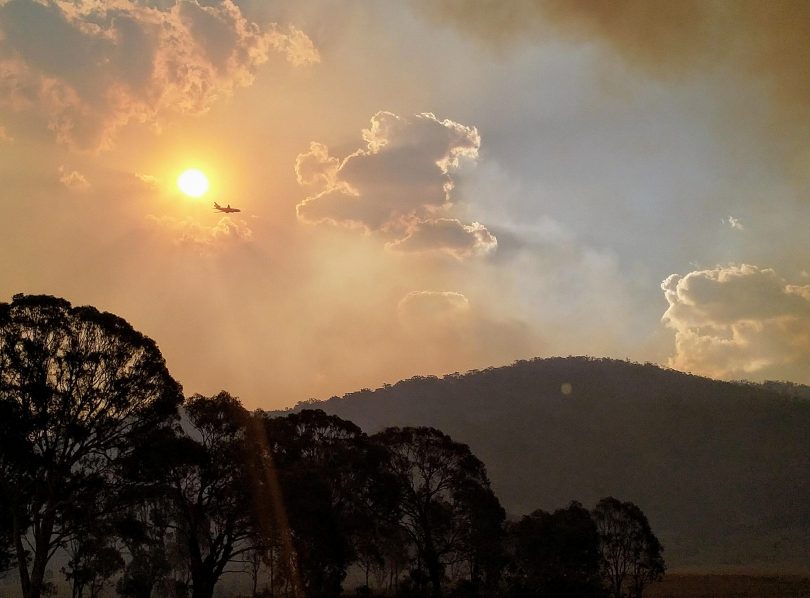 “Due to significant rainfall across the fire ground, the status of the Orroral Valley Fire has changed to patrol.”

These are the words that everyone in the ACT wanted to hear, and today, the ACT Emergency Services Agency (ESA) said the fire is at a stage where firefighting resources are only required for patrol purposes as major re-ignition is unlikely.

ESA Commissioner Georgeina Whelan stressed that the fire is not completely out, with about 40 hot spots remaining active in bogs in the highlands of the Namadgi National Park. She said it could take several weeks for these hot spots to burn themselves out, and that the ESA would maintain active monitoring efforts including aviation surveillance.

“We still have the Firebird 100 here, which is flying daily, and we have a number of teams still working in the Park who are still reporting on any sightings [of fire],” the Commissioner said.

Ms Whelan praised the “immense work” of all involved with getting the fire to its current status.

“Along with many other initiatives and the willingness of the Canberra community to work side by side with us has ensured this fire situation was nowhere near as bad as we know it could have been … but I say this not to downplay the ecological devastation of having so much of our national park burnt.”

The senior manager of conservation research with the ACT Government, Dr Margaret Kitchin, will lead a rapid risk assessment team to help ensure the Park is safe and rebounds naturally.

Namadgi National Park will remain closed until the relevant assessments are complete. Members of the Ngunnawal community will also get to inspect the Park before it is reopened to the public.

Executive director of the ACT Government’s Environment Division Ian Walker said he has been buoyed by the sounds of frogs, animals and new growth during the past week.

“We need to allow nature to take its course. That will see us undertake activities like pest-plant control, pest-animal control and erosion reduction.

“This is a long-term process, and as we saw in 2003, we will have to do this over many years,” Mr Walker said.

He said members of the public able to assist with the restoration of the Park should visit the ParkCare hub on the ACT Parks and Conservation website.

As river and creeks begin to wash debris and ash into the water catchment, Mr Walker said they will work with Icon Water to ensure the ACT’s water supply remains safe. 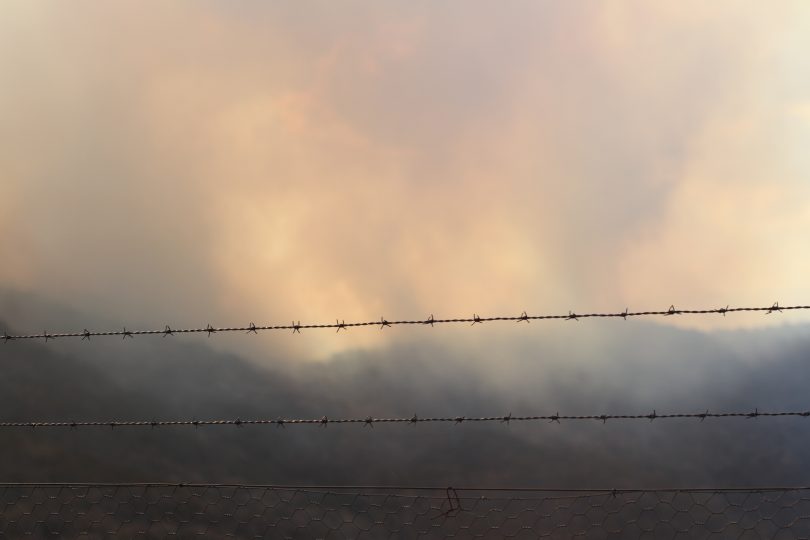 The Orroral Valley fire south of Tharwa on 31 January.

The Orroral Valley fire began on 27 January when the landing light of an Army MRH-90 helicopter created enough heat to set the grass on fire. Six people were on board at the time of the incident and all of them escaped uninjured after the fire spread quickly.

It grew to 635 hectares in size on the first day and within 24 hours had burnt 10,492 hectares. The fire eventually destroyed 86,562 hectares, around 80 per cent of the Namadgi National Park.

Nearby fires in NSW that started as a result of the Orroral Valley fire have now been listed as under control. The NSW Rural Fire Service also declared the Clyde Mountain bushfire in the Eurobodalla and Adaminaby Complex and Pilot Wilderness bushfires in the Snowy Monaro as out.

“In what has been a very traumatic, exhausting and anxious bush fire season so far, for the first time this season all bush and grass fires in NSW are now contained. It has taken a lot of work by firefighters, emergency services and communities to get to this point,” a NSW RFS spokesperson said on 13 February.

Commissioner Whelan said all the agencies involved with the fire can take a well-earned break.

“They should be able to hold their heads very high as they walk through our community to celebrate the efforts and consistency and the strong desire to the right thing by the ACT and our colleagues in NSW,” Commissioner Whelan said.

Huge thankyou to those who stood in harm’s way to protect us from this beast.

Such wonderful news. Thanks to all who fought the monster & the rain

Thank you to the ESA and all the volunteer fire fighters 👏