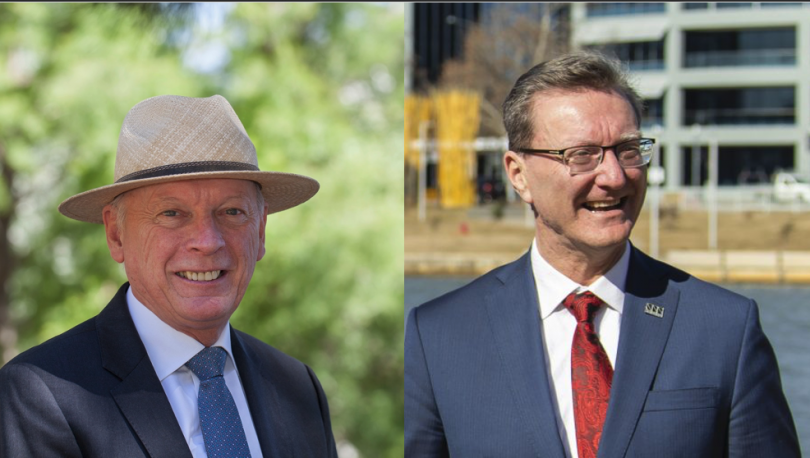 The Canberra Liberals’ Peter Cain and Labor’s Gordon Ramsay are fighting it out for the final seat in Ginninderra. Photo: Facebook.

The ACT Attorney-General in the last Assembly, Gordon Ramsay, would lose his seat in the Belconnen-based electorate of Ginninderra to the Liberals’ Peter Cain on the current vote count.

Mr Cain is currently ahead by just over 100 votes but has made up significant ground on Mr Ramsay, from being a few hundred votes behind earlier in the week, to only a handful of votes behind yesterday before inching ahead today.

The tide appears to be with Mr Cain with postal votes and paper ballots favouring the Liberal candidate.

The fight over the fifth seat in Ginninderra will come down to the wire and will not be officially declared by the ACT Electoral Commission until early next week as postal votes will be accepted until close of business on Friday (23 October).

The Greens’ Johnathan Davis has also inched ahead of Labor’s Taimus Werner-Gibbings by 13 votes in the Tuggeranong-based electorate of Brindabella. 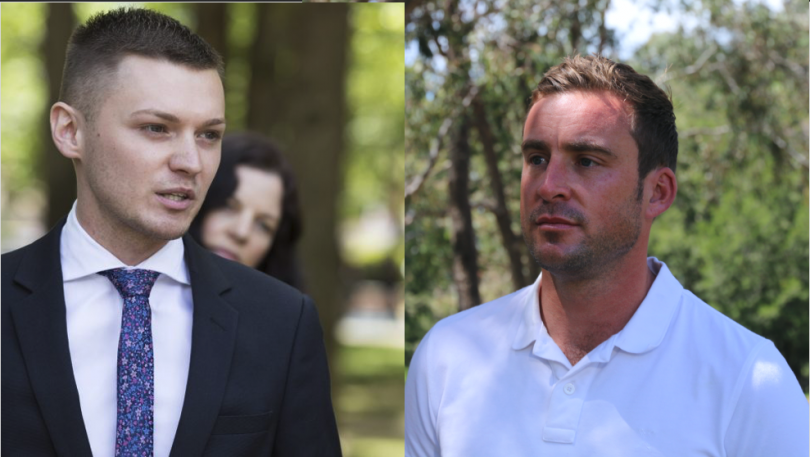 There is only a handful of votes between the Greens’ Johnathan Davis (left) and Labor’s Taimus Werner-Gibbings (right). Photo: Region Media.

Based on the current count, Labor would be reduced to 10 seats (down two from the previous Assembly), after Deepak-Raj Gupta lost his seat in Yerrabi to the Greens’ Andrew Braddock. The Greens would secure six seats in the Assembly, the party’s best result in history.

The strong swing to the Greens has led to party members calling for at least one extra seat in Cabinet to reflect their number of seats.

The party’s members have decided to join Labor in a coalition government, therefore maintaining a spot in Cabinet, as opposed to sitting on the crossbench, leader Shane Rattenbury said.

He would not go into detail about which portfolios he wanted the party to hold.

Chief Minister Andrew Barr has previously said he did not want to elevate a new MLA into Cabinet and ruled out the position of Deputy Chief Minister going to Mr Rattenbury.

Mr Rattenbury pointed to the fact that Mr Barr, Mr Ramsay, Health Minister Rachel Stephen-Smith and Transport Minister Chris Steel were all made ministers upon entering the Assembly.

“If people have got the skills and talents, and a number of our members have got those capabilities, in fact, all of them do,” Mr Rattenbury said.

Formal discussions for a coalition between Labor and the Greens started today.

too right. Barr is showing arrogance. a bit of humility from him would be good. the Greens should have at least two ministries, including planning or community services – both areas are in need of an overhaul. it would be a breath of fresh air to have a party committed to genuine consultation running the planning portfolio. If Barr tries to blow off the Greens they should just walk away and sit on the cross bench. They would need to secure the support of the Greens or libs to pass any legislation.

If Gordon and Taimus both lose, this might be in short supply in Canberra bookshops –