The opening night of Goulburn’s FIRST EVER Comedy Club is just a few days away! This coming Thursday the historic Goulburn Club on Market Street will host some great comedians, including Ivan Aristeguieta, Canberra comedians The Stevenson Experience, Dave Graham, and Goulburn comedian Maddy Weeks. Tickets are only $15 online and $18 at the door for the 8 pm gig, but get in quick so you don’t miss out. 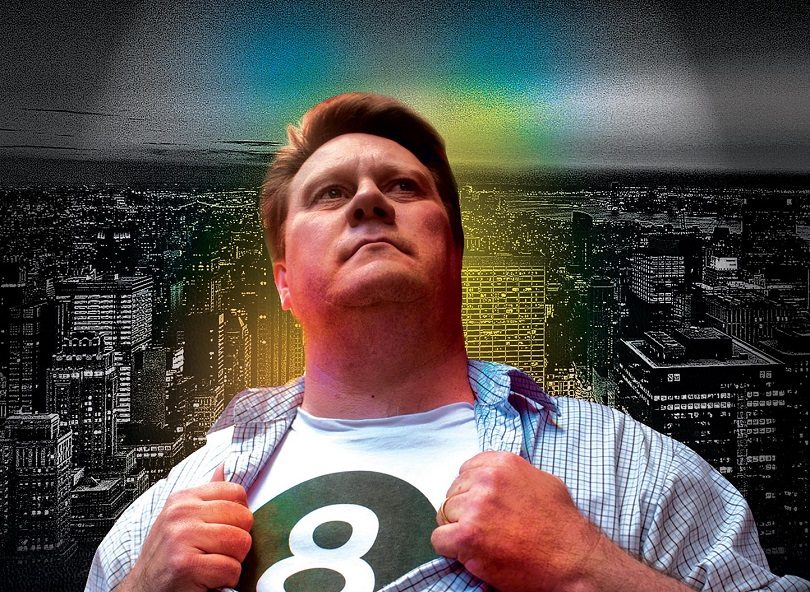 As well as the great entertainment on next Thursday, music fans will be familiar with the wonderful venue. Initially a Gentleman’s Club, The Goulburn Club has now evolved into a centre point for live music with an emphasis on the blues, folk, ballads, rock n roll and jazz. The Club is run entirely by volunteers. It is one of the city’s premium venues for the Goulburn Blues Festival and a great place to launch the new Goulburn Comedy Club. The RiotACT caught up with Goulburn’s Maddy Weeks to find out more about this event and her own journey into comedy.

The RiotACT: It’s great that you and the other comedians are organising this night – but why are you doing it in Goulburn?

Maddy: This venue is wonderful. Also, I’m sick of travelling to maintain my long-distance relationship with Canberra and Sydney comedy, so I want to see a local venue become a regular attraction for comedy fans and local comedians. I know I’m not the only person in Goulburn who loves live comedy! I’m hoping this kicks off into people also attending more regular comedy in other nearby towns as well, like Yass and Orange. 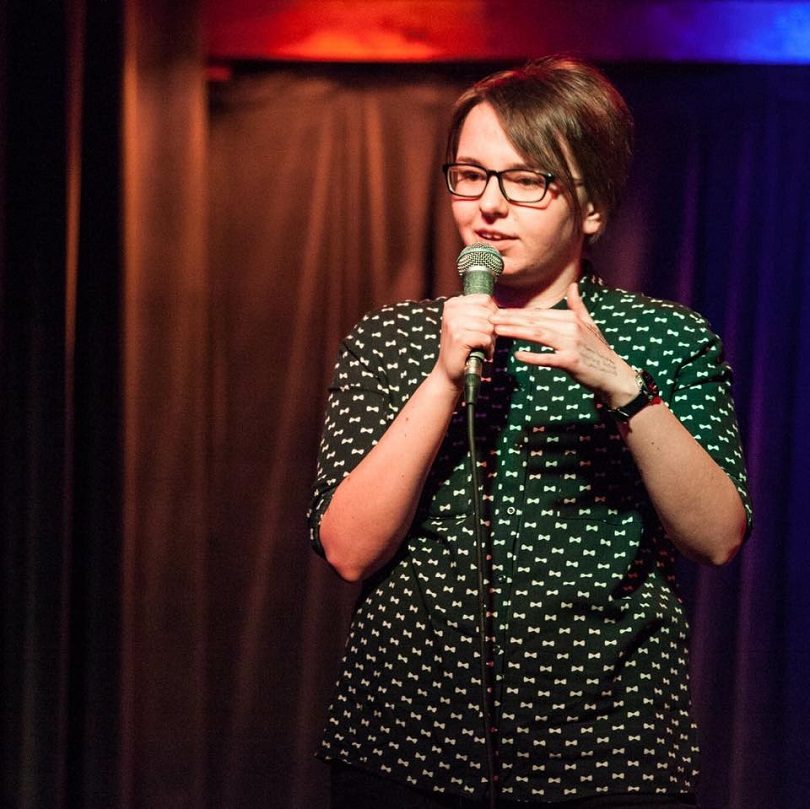 Maddy: I ask myself that same question every single day! Part of the answer is my background in theatre over the past few years. I’ve always loved to perform. In 2015 a bunch of us did our very own Youth Devise show called “Slide your sticky fingers into my mind”. This was us basically doing stand-up comedy without realising it. The same night I closed that show I decided to give stand-up comedy a go and went straight to an open night at the Duxton in Canberra and performed the same jokes in front of a live Canberra audience. And I’ve been addicted ever since.

[Despite her relative youth – she’s only twenty years old – Maddy already has a few years of live performance, including theatre, under her belt. She loved drama at school, excelled at improv and enjoys clowning around – actually dressing as a real-life clown on at least five occasions.]

RiotACT: Where are your regular gigs in Canberra, for anyone who might be unfortunate enough to miss the Goulburn show?

Maddy: When I’m not travelling I regularly perform at the Polit Bar comedy nights on the third Thursday of each month, at The Front on second Tuesdays, At The Phoenix on the last Wednesday of each month, and at Smiths on the first Sunday of every month at 7 pm. 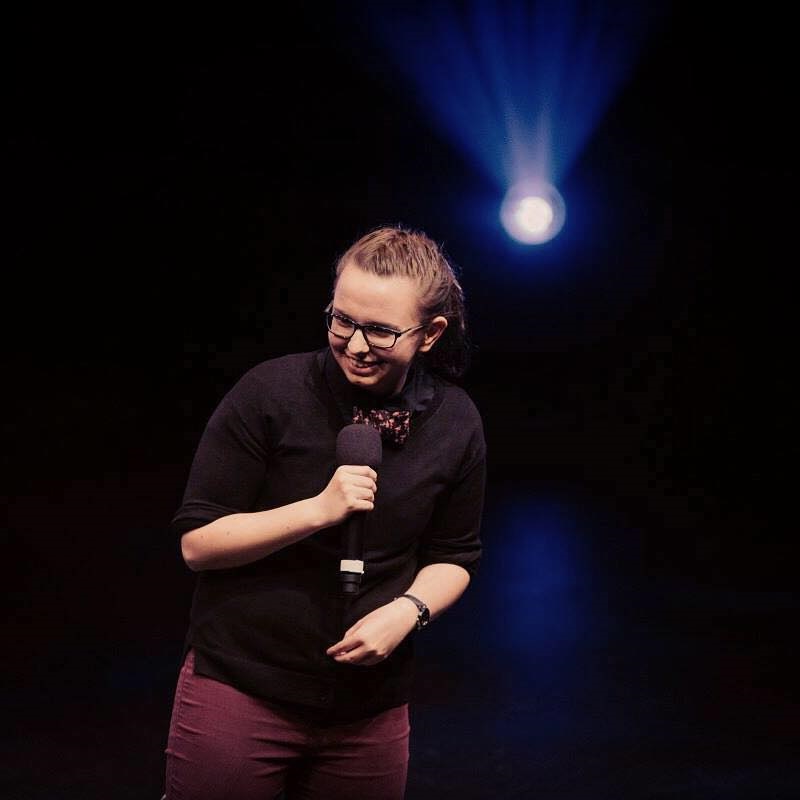 RiotACT: Who are your current favourite comedians and influences?

Maddy: I have a lot of time for Canberra comedian and comedy coordinator David Graham, who has been very supportive. I recently had a festival pass for the Melbourne International Comedy Festival, where I was part of an all-female show (that sold out by the way!). Over a few weeks I managed to watch 70 separate shows [writer’s note: I think she may have been brainwashed! that’s a lot of shows!] It was both inspiring and exhausting. Laughing takes a lot out of you. It’s a very emotional action. And when you connect with the comedian it can be very personal and in some ways life-changing. That happened to me a few times over that month in Melbourne and I literally cried at some gigs, like when I watched Hannah Gadsby, who is awesome.

Maddy: Comedy has become really important to me. Every time something good or bad happens I now try and see the funny side of it. And when something bad happens that can be really therapeutic.

Well, it’s hard to argue with that. Everyone needs therapy at some point in their lives! So if you’d like some laughter therapy, do yourself a favour and buy some tickets to this show which is on in a few days time.

We also asked Maddy for her recommendations for those that want to make the most of this Goulburn experience and arrive early for dinner. Maddy recommends a crispy beef dinner at “the Bowlo“. You might also be lucky enough to see the spinning of the “wheel deal” and maybe even score $2.50 schooners if you’re really lucky. 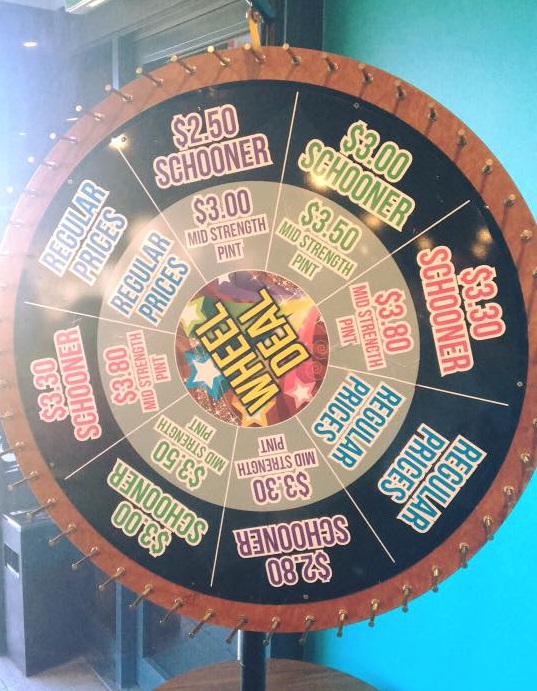 After you had the crispy beef and marvelled at the Bowlo’s Wheel Deal, Maddy recommends heading to The Goulburn Club early and checking out some of the great artwork on display, including photography.

But it’s selling fast so get your tickets ASAP!

When: Thursday the 28th of September, kicking off at 8 pm. If you need a lift or would like to carpool from Canberra, just ask on the facebook page.

Where: At the Goulburn Club, 19 Market St Goulburn 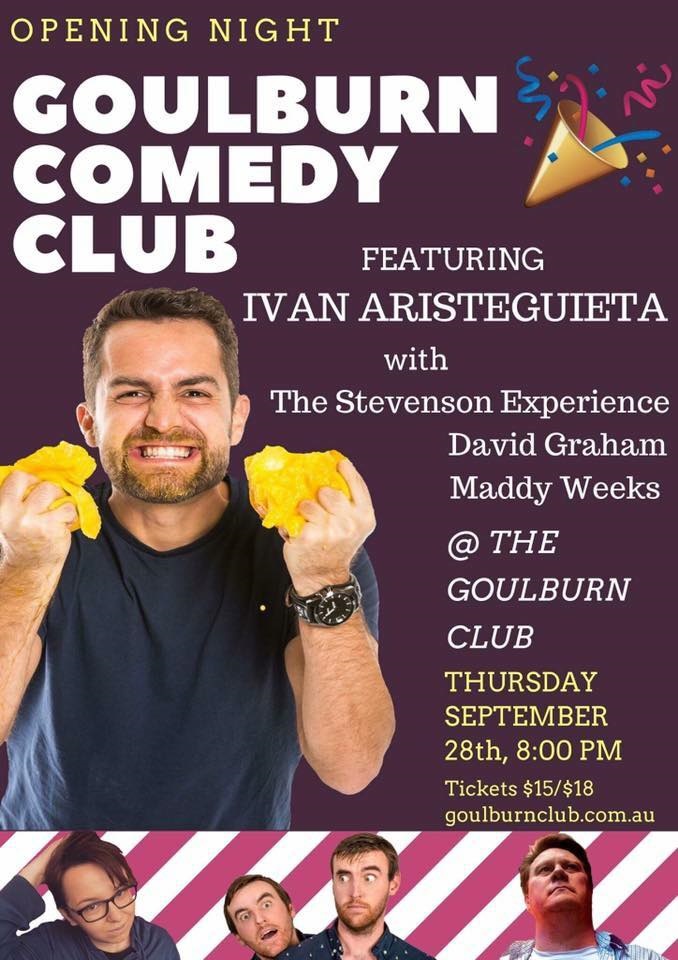 Richard Orchard - 6 minutes ago
So only white people can be racist right? It’s the white people who have to read this article, and repent I’m assuming? A... View
Peter Marshall - 25 minutes ago
I that's entirely fair, but I think the issue of racism is primarily about the dominant culture/ethnicity. In Australia that'... View
Peter Marshall - 31 minutes ago
"About Zoya Patel Zoya Patel is the award-winning author of No Country Woman, a memoir of race, religion and feminism. She is... View
Community 3

Susanne Gardiner - 5 hours ago
Didn't talk to them, but was one of two families on a playground... The other was Hugh Jackman and his son. View
Maya123 - 9 hours ago
Ah yes, but have you seen surveys of what is attractive to women? It's not as tall as you might imagine. Every survey I have... View
Capital Retro - 12 hours ago
I exchanged "hello's" with John Wayne in a Hong Kong shop 50 years ago. He was a tall dude - 1.93m to be exact. I just checke... View
Lifestyle 2