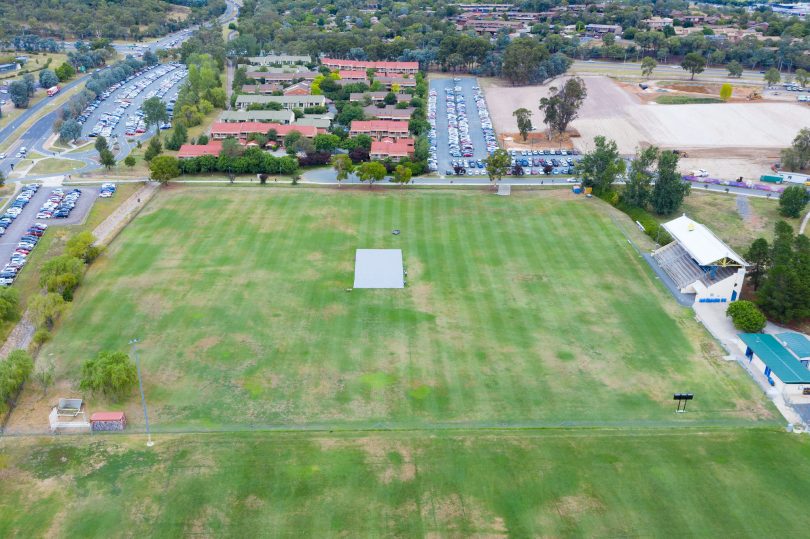 Phillip District Enclosed Oval is in need of a make-over. Photo: ACT Government.

The promised upgrade to the Phillip District Enclosed Oval is moving ahead with the ACT Government seeking a design consultant for the project.

The upgrade was a $7.5 million Labor election promise and the government committed funding for initial planning and design work as part of Transport Canberra and City Services (TCCS) 2020-21 Budget allocation to fast track several priority projects across the city.

It plans to have construction underway by September 2022.

Phillip District Enclosed Oval is located on the corner of Ainsworth Street and Abermarle Place and is used by Canberra Royals Rugby Union, Woden Valley Rams and Weston Creek Molonglo Cricket Club, which have been lobbying for an upgrade to the ageing and increasingly inadequate facilities.

Tender documents says the planned improvements will bring Phillip District Enclosed Oval into line with other high-quality enclosed facilities in the ACT such as Greenway Oval and Gungahlin Oval.

The project will include the construction of a new stand-alone two-storey community pavilion, new maintenance facilities, the installation of new LED sportsground lighting to support night use, the refurbishment of the existing Michael O’Connor Grandstand and other infrastructure.

The consultant will be required to scope the proposed work, identify sites for the new facilities and provide design options for the new pavilion as well as including sketch plans and cost estimates.

The preferred location of the pavilion is in the south-west corner of the site, adjacent to and to the south of the Michael O’Connor stand.

The consultant will also look at the current field configuration and determine whether an alternative arrangement would provide greater space to accommodate the pavilion, although the existing cricket wicket will stay where it is.

Concept plans or detailed designs for the refurbishment works on the Michael O’Connor stand won’t be required because that will be done separately through a future tender, but the consultant will develop general floor plans for that tender.

The tender documents say the pavilion will provide tailored facilities for the clubs that use the oval.

The ground floor is to have a canteen that will replace the existing one in the grandstand, two change rooms – male and female – and accessible toilets, offices, medical rooms and storage areas, as well as a clear and level transition from the building to the playing field.

The floor above will house a main function area, a covered external deck with clear views to the playing fields, male, female and accessible toilets, serving and food preparation areas, a cool room and storage areas.

The building will also have a lift to be fully accessible and all facilities must comply with ACT Government Female Friendly guidelines.

General facility improvements will include the construction of a new curators/greenkeepers shed, a reconfiguration of the existing fence alignment to remove the existing sportsground pavilion from the enclosed area so that it is accessible to those using the adjoining playing field and an upgrade of sideline facilities for team replacements, coaching/support staff and match officials.

This tender closes on 8 June and the Government expects to award a contract by 18 June.

The timeline includes the submission of conceptual design plans by 17 September followed by a development application the next month, the release of construction tenders in July 2022 and a contract awarded in September 2022. 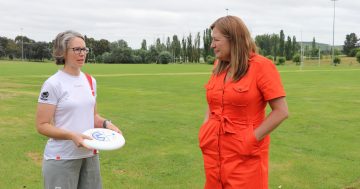