Government no show in Dickson 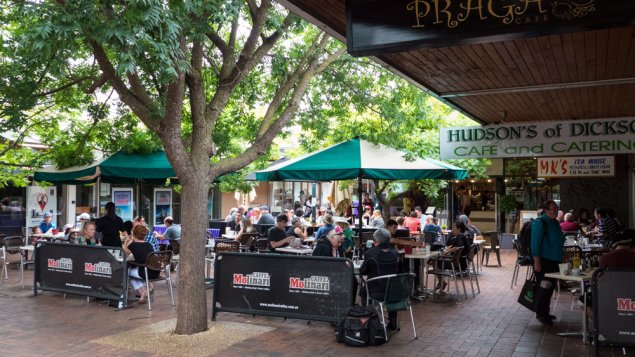 The question on the minds of residents within the inner north at the moment is how to deal with the latest shenanigans by the ACT Government around decisions for the Dickson Group Centre.

Local residents have been organizing a debate and information session about the latest approval for the new supermarket complex in Dickson. When the group approached the planning bureaucracy weeks ago about their participation, the approach was taken seriously and Gary Rake, their second in charge, agreed to be a panel member.

Requests were sent through to the Minister for Planning. His office said he was not able to attend but that his planning bureaucracy would be there. Good to know – but more efforts were being made to get a politician. I wrote in a former article that it would be timely for Andrew Barr, being a local resident, to attend this meeting.

A local radio host agreed to chair a Q&A style panel to talk about the approval, its context, about other matters such as parking arrangements during the three years of construction and other plans for the shopping centre.

There were over three weeks of volunteer work to get the event organised. Leaflets were printed, emails sent out and several steps were about to be finalized … when … OMG!!!

On Wednesday of this week, being about about a month since the first contacts with the bureaucracy for this meeting, the convenor of the Dickson Residents Group received an email from the planning bureaucracy chief clearly stating that no planning bureaucrats were to attend the session.

The only hint of any explanation was that the approval may be now subject to an appeal and that the bureaucracy had to wait to see if an appeal was lodged. Sort of sounds logical except that …

A reminder. More than a year ago the developers submitted their first development application but were sent packing to try again. Mysteriously since then they have been given several extensions and all that they have done is remove some dangerous stuff (one wonders why that was not fixed early on) and have tinkered with a few superficial bits.

The latest version is essentially the same mighty lump that was knocked back the first time. Yet after more than a year – it somehow gets approval. 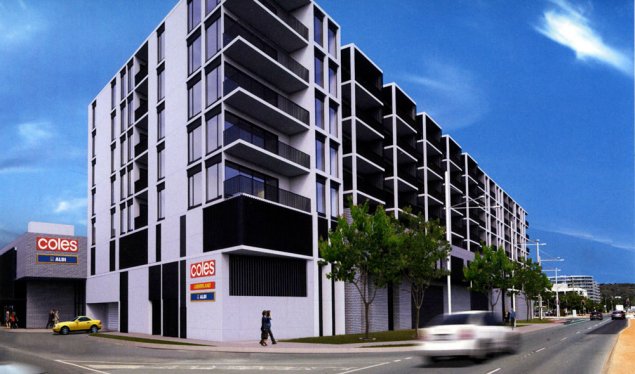 All manner of rumours have now started.

For instance: Given the criteria used to knock the development application back in May 2015, there is no way that any planning authority could have approved its present form. Sadly local planning decisions are no longer being made independent of government (a separate post next week). Therefore it is now easy for the bureaucracy to come under pressure from the Chief Minister and others to get this one out of the way before the coming ACT elections.

We appreciate that over the last 14 months the bureaucracy had been trying to get the developers to come up with real changes and we fully understand that it would have been no easy task given the money and reputations at stake. A tough job.

In the end, given the political pressure, we wonder whether the planners simply caved in to the pressure and put the decision out there to see what would happen next. This line of thinking (speculation) would explain the poor quality of the final notice in that it was laughable in some places and had not been edited properly.

So on Wednesday we were told, despite the friendliness of the former contacts about setting up this debate and information session and the agreement by the deputy to attend, there is now to be no participation by the government.

Among the organisers of the session, some believe that if this major development decision could be explained properly then many residents would probably accept this and get on with their lives with fingers crossed that all would eventually work itself out. Others will always think the whole thing is one big mistake.

Instead the ACT Government has cancelled the opportunity for Time for Talk. They have chosen to bunker down and to wait to see if anyone dares to appeal their decision.

No more information is to be made public. So one can only wonder whether all these actions are designed to limit the opportunities for an appeal.

We wish we could push that button today to cast a vote for the ACT elections and to be able to place a certain local politician’s name last on our ballot papers.

Please note – the Q&A session originally planned for Thursday 21st July has been cancelled. Watch this space as there is talk of a public meeting in August (maybe).

Interesting indeed, please keep us informed as to how this progresses!

Bronwyn Wilson - 15 minutes ago
Where are e teacher librarians going to come from? There are very, very few in the ACT - that’s why so many schools don’t... View
Chris Cross - 48 minutes ago
Layla Barry almost $1 TRILLION and counting, courtesy of Federal Liberals, who almost scared the nation into recession with t... View
Pam Wood - 4 hours ago
Another rort in progress View
ACT Election 16

Jeff Smith - 48 minutes ago
Darron Marks The school closures in the South are not just as simple as 'the area no longer being a nappy belt'. Schools in t... View
Darron Marks - 7 hours ago
Schools being closed I would assume is a direct reflection of the change from the Southside being the former nappy belt of th... View
Evan Hawke - 8 hours ago
Darron Marks Yep, as the Government has been putting in great infrastructure in Gungahlin they have been downgrading the infr... View
Lifestyle 9

Fito Ferrari - 2 hours ago
Lake Burley Griffin should be emptied, land filled and lots of apartments built on it. View
Brent Hutch - 3 hours ago
Gloria Altinger might need to check your maths View
Tom Munro - 5 hours ago
Conrado Pengilley Nothing to do with ACT government. It’s NCA land and would be federally funded. View
Property 8