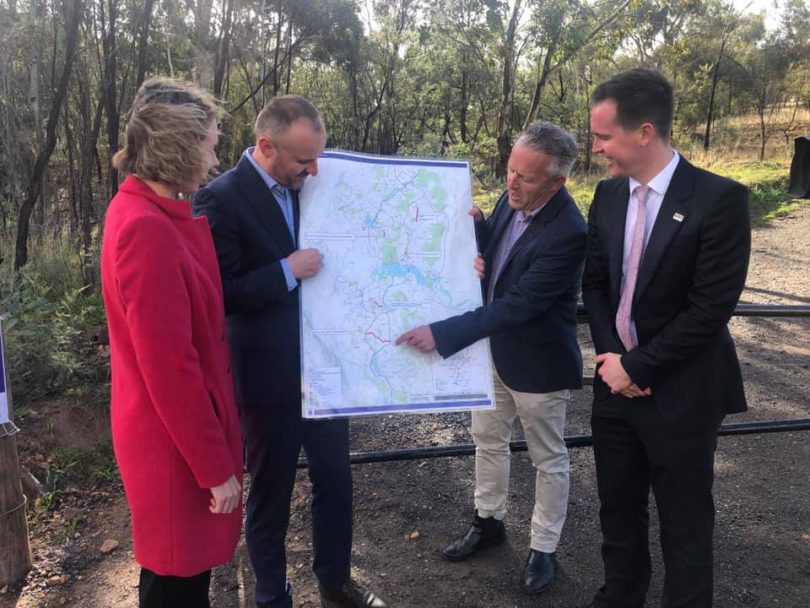 The ACT Government and an elected-Federal Labor Government have pledged $5.8 million to continue footpath and cycleway upgrades across the ACT.

Through a joint funding agreement between the Federal and ACT governments, key cycle and footpath links in Kambah, Mitchell, Lyons, Belconnen and the Inner North will be built or upgraded on top of the Government’s $30 million investment in the network since 2016.

The promised funding will go towards projects on Sulwood Drive in Kambah, a shared path to link the EPIC light rail stop to Mitchell and separate walking and cycling paths around the Australian National University.

The new path will improve safety along Sulwood Drive, which is an 80k/h arterial road without walking or cycling infrastructure, and enable Kambah residents to access the Wanniassa shops as well as Mount Taylor.

The joint funding will also go towards the construction of the shared path along Flemington Road between Randwick Road and Morisset Road, Mitchell to fix the gap in the walking and cycling network between the EPIC light rail stop and Mitchell.

The upgrades will include a 2.5-metre wide off-road walking and cycling path to provide access to the new light rail stop.

A cycle route between the ANU and Dickson which will include separate walking and cycling paths along McCaughey Street between Masson Street and Barry Drive, Turner will also be built as part of the promised funding.

“The $260 million National Bike Paths Strategy is the largest ever investment in shared pathways from a Federal Government,” Mr Steel said.

“We will work with a Shorten-Labor Government to get the most out of the investment in bike paths by jointly funding key projects that better connect Canberrans.

“These specific projects have been identified by Government and the community to address missing links on Canberra’s cycle and footpath network to make it easier for Canberrans to move around our city.

“I thank the Shadow Minister for Infrastructure Anthony Albanese and his Federal Labor colleagues for working with the ACT Government on a package of projects that will keep Canberrans connected and active.” 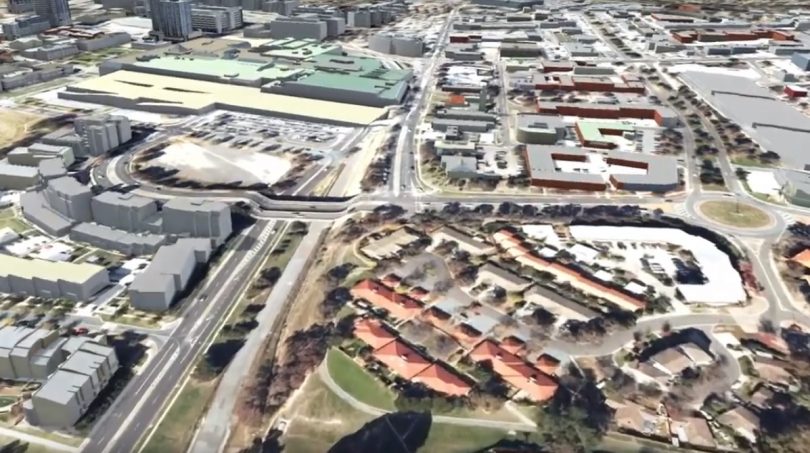 The dedicated bikeway will connect the Belconnen Town Centre, the University of Canberra, Radford College and the Canberra Institute of Technology. Image: Supplied.

The joint funding will also assist with the ACT Government’s work on the currently unused Belconnen busway into a cycle freeway as part of its construction of a dedicated bikeway in Belconnen. The 4.7 kilometres of new bikeway will upgrade cycle paths that will connect the Belconnen Town Centre, the University of Canberra, Radford College and the Canberra Institute of Technology’s Bruce campus.

Still ignoring the very busy narrow pathway between Kingston Foreshore and Kings Avenue Bridge. Its barely safe for cyclists to ride there at weekends given the amount of pedestrian traffic and people fishing with long rods. The link to the south east of the lake is very poor through Kingston Foreshore because the businesses have taken over the wide walkway fronting the lake. This really makes a ride around the lake difficult in this area.

Actually I have another point. Why does Tuggeranong infrastructure consistently need joint Federal government funding support, but the ACT Government is regularly happy to fund inner city projects themselves?

Great proposal for Sulwood drive path. Must be a lot of cyclist in Kambah and Wanniassa who would benefit from that path.

“Thought that 4×4 enthusiasts had finally been included in something.”

It’s planned to be next to the dragway.

I almost got excited by the off road path. Thought that 4×4 enthusiasts had finally been included in something.

The result of the federal election should have nothing to do with this. It should be done anyway. For some reason they have recently started fixing footpaths near us that we reported originally in 2011!!!! The workmen have so far dug up the footpaths, put the fencing around them, put up 40km signs on the nearby roads and gone away, so we wait with bated breath to see how long it actually takes!

First force (through legislation) the cyclists to ride on the bike paths! Then build them!

Why is there not a tram stop at Mitchell?

Or was it vetoed by property developers?

If someone drops their car for service at one of the many workshops in Mitchell, they cannot catch the tram to Civic or Gungahlin, unless they walk the kilometre or so to EPIC, across rough ground. No one will bother. Uber or via a friend will be the option.

So much for town planning.

Peter McArdle that would require the use of common sense 😂Local businesses lobbied for one. I believe they are still trying

Also for workers in Mitchell. There is also no park and ride at the nearest stop. The strets were crowded with park and riders in the first wek.

They already had a path from Mitchell to well station drive but ripped it up when the on road bike lane went in. Now people have to walk on the road or in the dirt to get to Mitchell

Existing paths have recently been repaired in West Kambah, by an existing path fro Barrett Street to Bower Place needs to be extended thru to meet the path alongside Namatjira Drive. Why this did not happen back in 1974/5 is a mystery as there is a well worn dirt track from the high traffic – pedestrian as well as cycle users. I did write to the Authorities last year about it and was disappointed to see it not incorporated into the current works in the area.

It should be promised regardless. Canberra is treated as a second class citizen when it comes to federal politics. I have yet to see one member for my electorate out and about caring for local issues.

That Sulwood Drive path is much needed. It was named 10th most accident prone road in Canberra.

The Mt Taylor car park has proved very popular whenever I drive past to my fathers.

Cycle path should definitely run on the eastern side avoid the terrible intersections whilst on your bike. It will also give a great cycling loop for Woden side residents.

Considering the dangers of the busy, winding and narrow Sulwood Drive, I would like the government to trial ‘no cyclists’ on this section of road. But cyclists to use the bike path. It would be worth a trial and hopefully encourage fast and dedicated cycle lanes for other major roads. 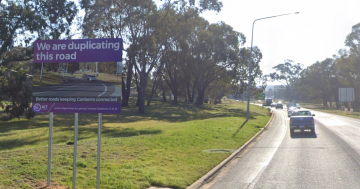 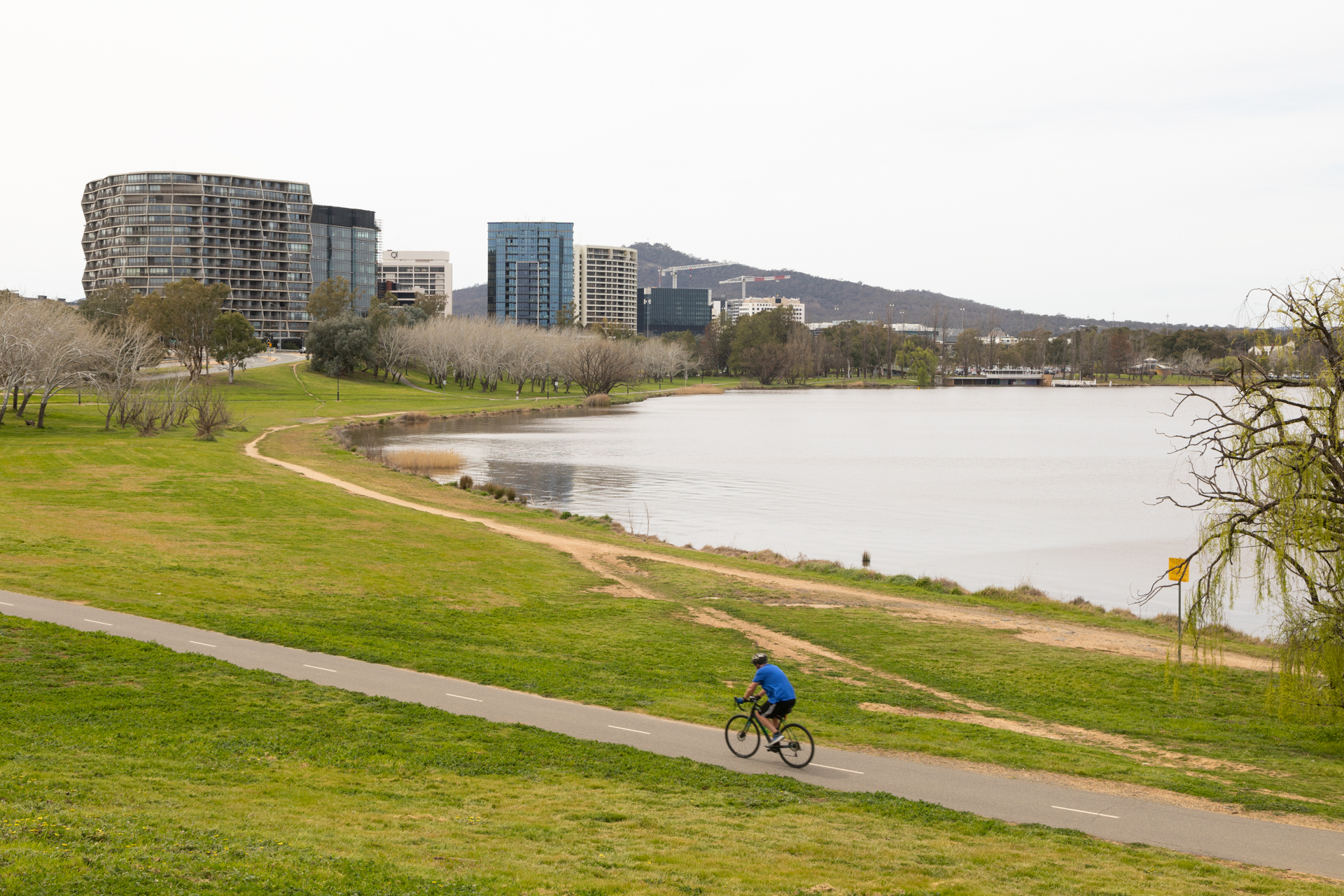