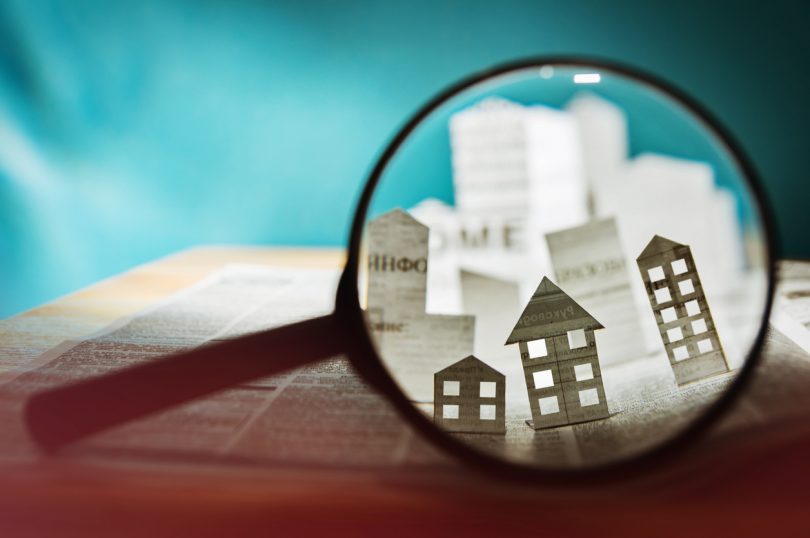 The cost of housing is so high if you are a first home buyer that whether you are aware of what the Government is doing or not,  other options are not available.

The ACT Government rates revenue grab is aimed at soft targets: first-home buyers who can just scrape into the property market with their first apartment, and downsizers, who are typically older Canberrans. These will be the worst hit.

Investors are more insulated because they are at least earning a return and can take advantage of negative gearing, although the new calculation method will undoubtedly generate upward pressure on rents, as investors seek to recover the tax burden from their tenants. The downsizers and the first home buyers will be left with no choice but to buy these properties because they don’t have any viable alternative.

Readers may recall that the formula for calculating rates for units in Canberra changed in 2017, when the ACT departed from a system where the land’s unimproved value was divided by the number of apartments on the site.

Instead, rates are now calculated by dividing the entire land value by the number of units, pushing most units into the top rating factor. Despite calls for a review and widespread anger, people are still being punished by this decision. Vacancy rates are at a historic low and population growth is stable, so people will still buy apartments not by choice, but because it is their only option.

The fact remains that people need places to live. If you are a first home buyer, an apartment remains the most cost effective (and likely the only practical) option of home ownership, despite the increased burden of an unfair rates system for that asset class. It follows that these people will invariably still buy apartments. Although they are motivated by different needs, a similar argument exists for downsizers, who will almost certainly continue to buy apartments. Those intending to live in their property will really carry the burden of this unfair grab for revenue. It’s not going to change their buying decision, but they will suffer for it.

Ironically, many of those whose budgets will suffer the most are traditionally Labor supporters. Labor is making a calculated approach that this cohort in their supporter base is small enough that the Government can hurt them financially, and get away with it with only a minimal dent in the polls. On the surface of it, the problem is quite esoteric and has been difficult to articulate in a manner that grabs the attention of the electorate, even for those who are implicated. This is low hanging fruit for the government, and they know it.

Assuming many of these buyers are going to make these decisions regardless, they are going to grit their teeth and get into the property anyway. They will need to consider other cost-saving measures that they can apply to their household budgets. I fear that critical maintenance and services to buildings are likely going to be the easiest things for these people to slash.

If you are coming into a building as a first home buyer or a downsizer and you have to make a decision about funding the body corporate sufficiently to pay for painting the building, replacing the carpet, replacing the cladding if it has fire issues and fixing things properly, then adequately funding the budget is expensive.

The first thing on the chopping block will be the contributions to the owners’ corporation. It is fair to say that the owners in a strata-titled building are made up in large parts by first-home buyers and downsizers who have been slugged by this extra tax and will be reluctant, or unable, to fund essential work in their building.

Firstly, that has ramifications for how the building presents and holds its value. Secondly, there are potential safety implications. Thirdly, it’s a dampener on economic activity. When you spend $500,000 or $1 million repainting an apartment building like Sky Plaza, that money goes into the hands of a painting company, who in turn will hire sub-contractors and employees, and they will purchase tools and other supplies from local businesses. This activity flows through to the Canberra economy. Instead, the government seems intent on bypassing this healthy activity in order to bank the cheques directly themselves. If you are an owner of a strata-titled property and you are not angry, you should be.

The ACT Government must reassess the formula that they have put in place. Thousands of people have petitioned against that formula, including a government-appointed committee who realised that the rates structure was plain wrong.

The only option to fix this injustice is for the ACT Government to re-visit the issue and re-assesses it. As it stands, it is manifestly unfair.

Chris Miller is the ACT President of Strata Community Association.

All views expressed in the article are the author’s own.

But Chris, what formula would you see being applied to achieve a reduction in apartment rates? The simple way would be to cancel some part of the increases and recoup the revenue lost through commensurate increases in rates on detached properties. Given the burden already being borne by detached property owners from the massive rates increases since 2012, this would be a recipé for setting one lot of Canberrans against another lot, something I’m sure Barr would enjoy immensely.

The harder way would be to accept that the ACT Budget is out of control given that even the record revenues currently being reaped from ratepayers and other ACT residents still are insufficient to achieve a balanced, let alone surplus budget outcome. What we need is a transparent audit of ACT government expenditures to identify how much is essential and how much dedicated to vanity projects and other useless purposes. This could pave the way for genuine meaningful savings that would enable real relief for all Canberra ratepayers. Needless to say, this is the option I’d prefer but one Barr would be highly unlikely to embrace.

David Newman - 2 hours ago
Imants Ezergailis , you are either misinterpreting the climate change discussions, are being sarcastic or are intentionally j... View
Bill Gemmell - 3 hours ago
Shows how flammable everything is at present. These guys were trying to do the right thing and shouldn't wear any blame. View
Michelle Bettanin - 5 hours ago
It must be a terribly dangerous job. We've already lost those American firefighters.... View
News 68

Carly Farrell Wood - 6 hours ago
Vic Wowk this is what I was trying to find about the 2003 bushfires View
Kirsty Luckie - 7 hours ago
Jenelle Balch too true. View
Peter Mcleod - 7 hours ago
Don't blame Andrew cos he will run for cover like Jon S. View
Community 2

Marion Baney - 8 hours ago
Helaine Freeman we need to take mum and dad out too see these. Lol... View
Stephanie Dodds - 10 hours ago
Brodie Gibson - has Hannah seen these yet? View
News 125

David Brown - 12 hours ago
I wonder if they will allow smoking? View
News 6

It's been revealed that the large air tanker which went down Thursday afternoon with the loss of all those aboard...
News 74

An Australian Army helicopter on reconnaissance operations is likely to be responsible for starting the out of control Orroral Valley...
News 0

Making sense of what’s on offer for first home buyers

@The_RiotACT @The_RiotACT
As fire activity drops slightly with cooler evening conditions, RFS crews will work through the night with heavy equipment to control the blaze ahead of forecast hot temperatures tomorrow https://t.co/XLc1gl5jw3 (8 hours ago)