Grace and grandeur in the heart of Goulburn 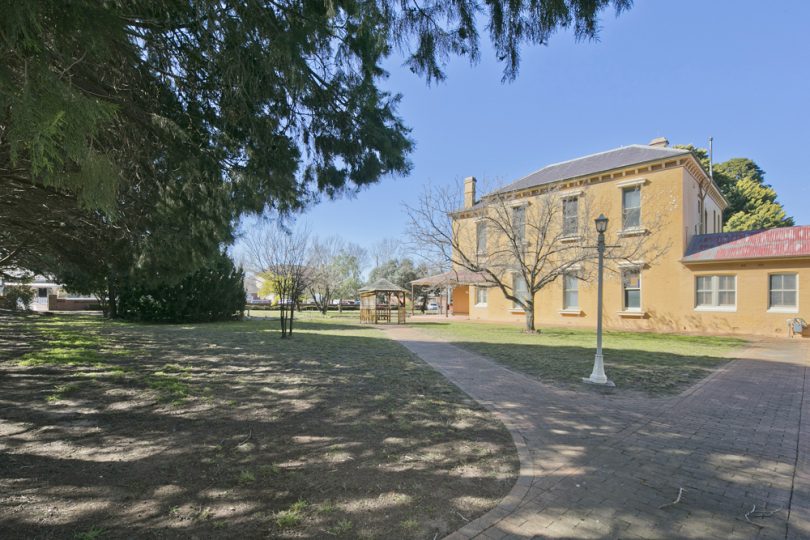 Goulburn’s grand Carrawarra House at 104 Bradley Street is a site with a long and varied history. It will be offered for public auction by Garry Hall of Ray White Goulburn on 21st September.

This beautiful old building set on just under one acre of parkland was built in 1883 and has been owned by various individuals and organisations since that time. It has glorious period features and is a classic example of the quality architecture of that period. 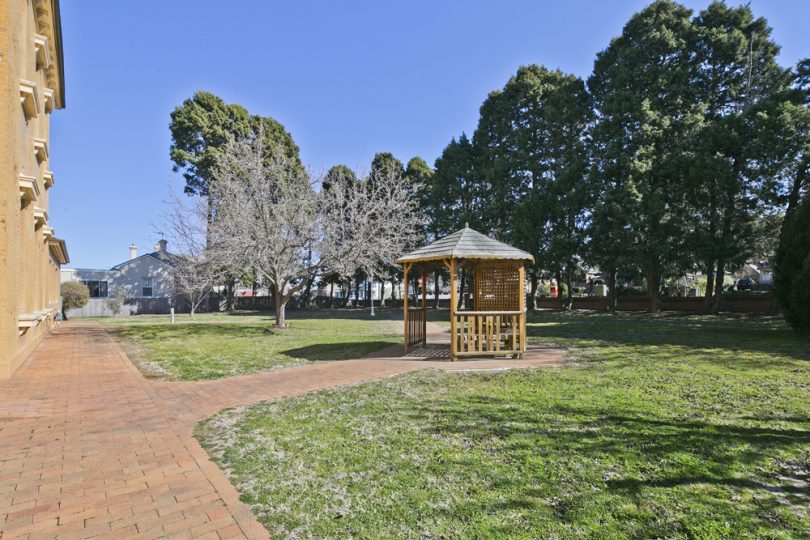 Carrawarra House is spacious inside and out.

‘Carrawarra’ is double-storeyed, solid brick with a slate tile roof and wrap-around verandah. The home itself faces North, and large picture windows throughout the building allow an impressive amount of light and sunshine into the interior.

There are polished floorboards throughout and soaring 14′ ceilings, some with period pressed tin.

And then there is the staircase – grand, broad, central and flooded with light from stained glass windows. 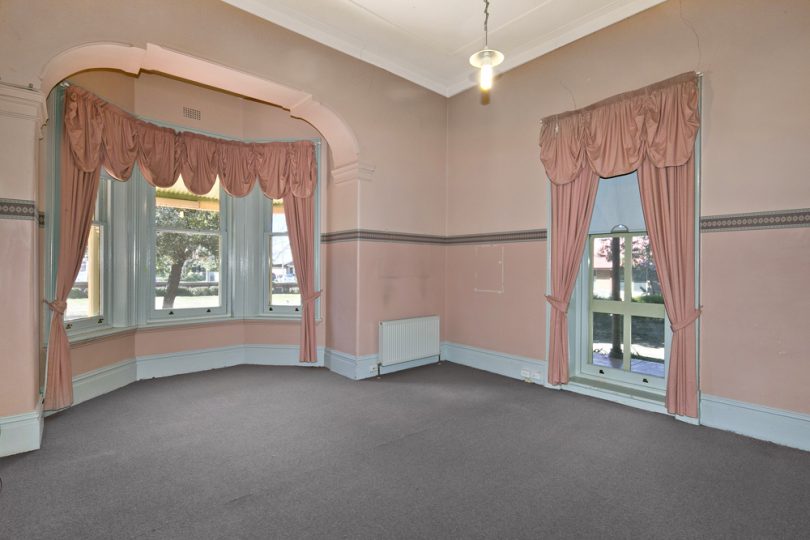 Sashes and bays, the windows let in ample light. 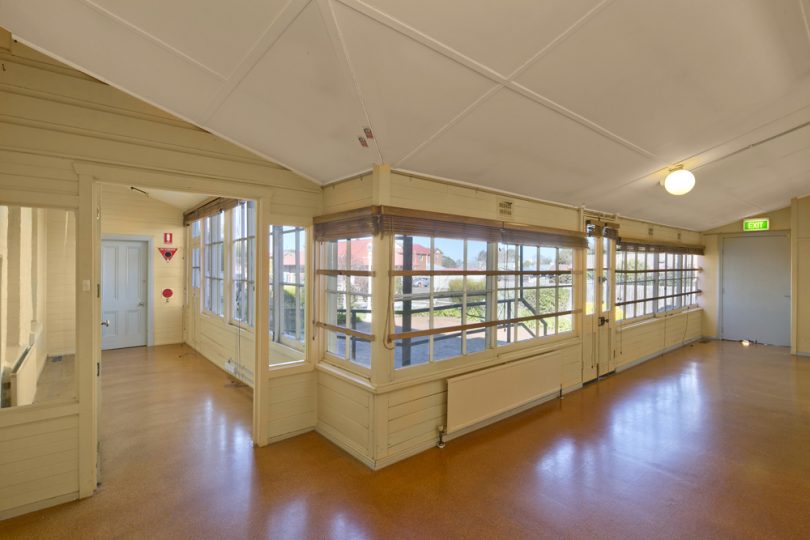 A well cared for, historic building, a rare find.

The building is heated by way of a recently installed hydronic system, which is very economical and safe.

In 1888 the building housed a ‘King’s College’ school for boys, when the college moved in 1890 the property was sold to A B Chisolm, a grazier. 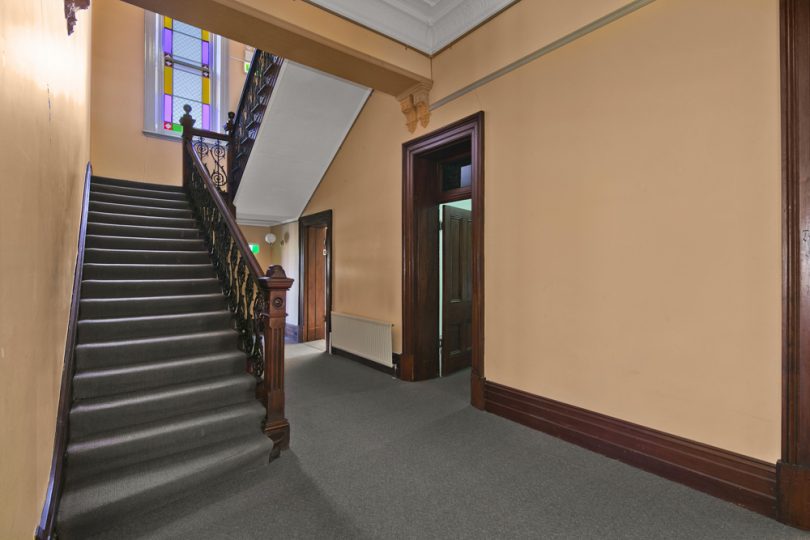 What every grand home needs, a grand central staircase.

One of Chisholm’s daughters carved the mantlepiece in the main dining room, and before his death in 1908 Chisholm had acquired the four adjoining lots. From 1916 Carrawarra was used as a Soldier’s Club, and then later, by 1920, it was a hostel for high school girls.

From 1933 to 1940 Mr and Mrs Cunningham ran a guesthouse at Carrawarra, whereupon the education department began extensive changes to create a Ladies’ College of Domestic Science which they opened in 1941. 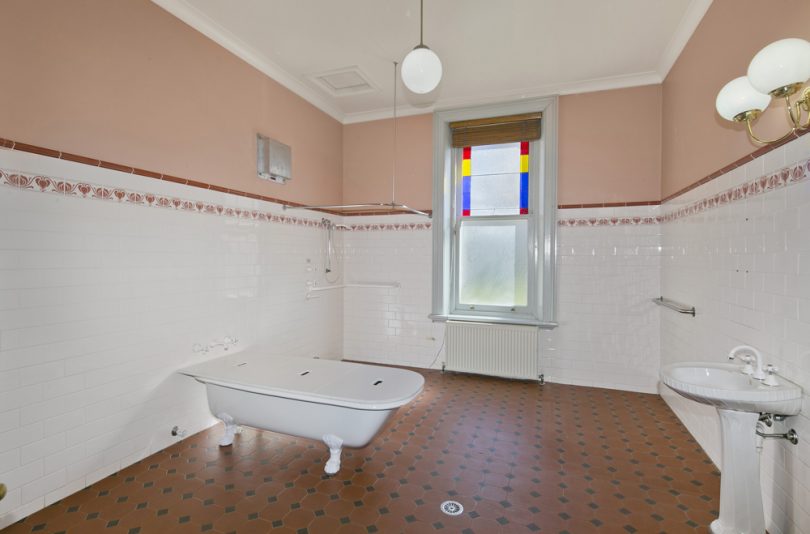 Many original features remain in this lovely mansion.

In the years since then, it has been many things including the property of a religious organisation, and until recently it was leased by NSW Health for the brain injury rehabilitation service.

Listing agent Garry Hall says that “it is a beautiful old building and has had a lot of restoration work done. It has hydronic heating throughout, it’s on beautiful grounds, and it is a superb location.” 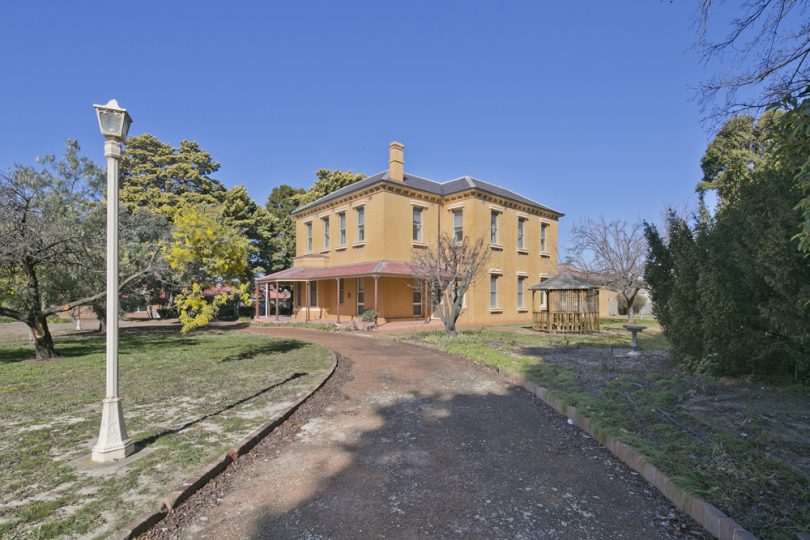 Carrawarra has a long and varied history of use, from schools to families to clinics.

“This is a rare opportunity to add your creative flair to a famous Goulburn landmark that is already in very good condition,” says Hall.

Set in a blue ribbon location, any inspection of this grand old property will not disappoint. 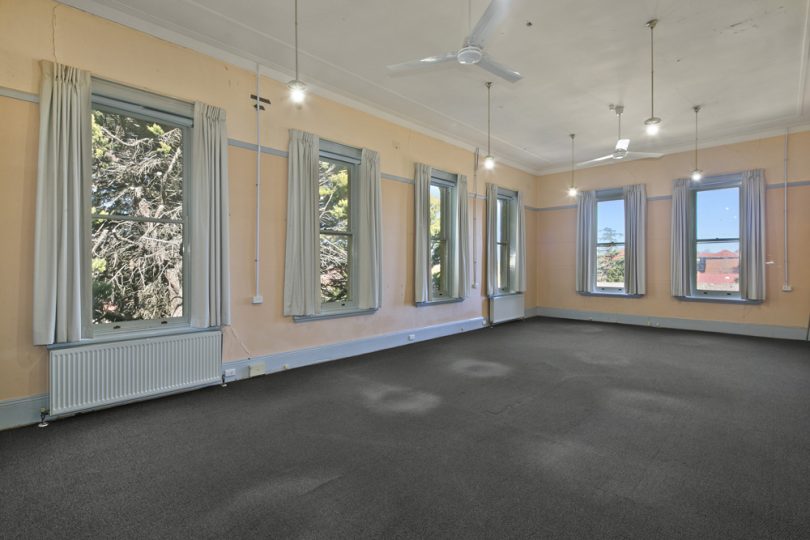 Block size 3740 SM with established picturesque trees and gardens, and zoned B4 mixed use.

The auction will take place on site at Carrawarra House, 104 Bradley Street on 21st September at 1 pm. Phone agent and auctioneer Garry Hall on 0425 301 644 for further information. 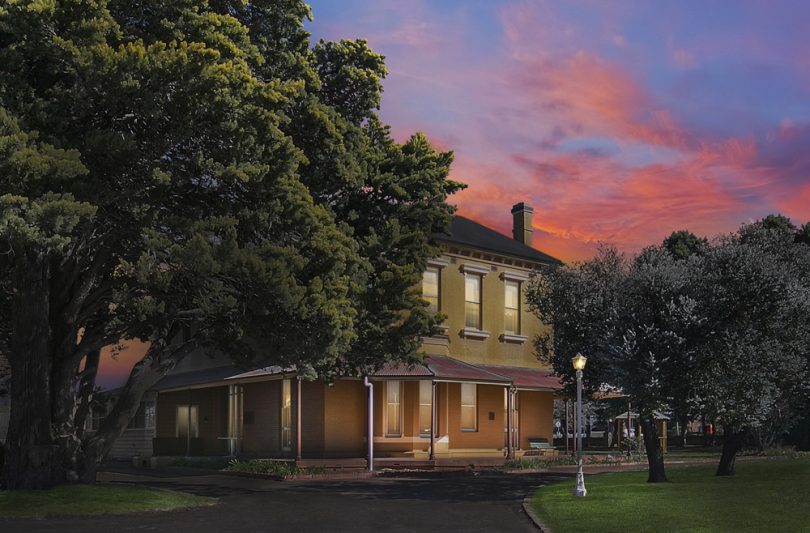 A grand lady with a colourful past, 104 Bradley Street, Goulburn.

Craig Webb - 12 minutes ago
Greg Donoghoe thats well and truely faster than an old plastic cab with a gardiner straight 8 in it! View
Greg Donoghoe - 17 minutes ago
Yvoir Hingee maybe you need to give it a try now. Very enjoyable way to travel to Sydney. No traffic to put up with & very co... View
Tim Vandartel - 56 minutes ago
Time to get back on track. High speed trains please. View
News 34

Carol Treneski - 16 minutes ago
The team at the gym and pool worked with my Dad for years. He had Parkinson’s and Lewy Body Dementia. They helped Dad retai... View
Opinion 12

Neil Chandler - 19 minutes ago
Peter Bee true, but they produce some great players and there is a fanatical enough fan base that it would be a worthwhile ve... View
Rollersk8r1 - 2 hours ago
Quite happy as a GWS member. In normal times it’s an ideal arrangement. Four games a year at Manuka (1 pre-season), plus AF... View
Ben Jones - 3 hours ago
No one will go apart from the die hard fans. Until they start winning and the whole of the ACT become fans overnight. View
Opinion 1