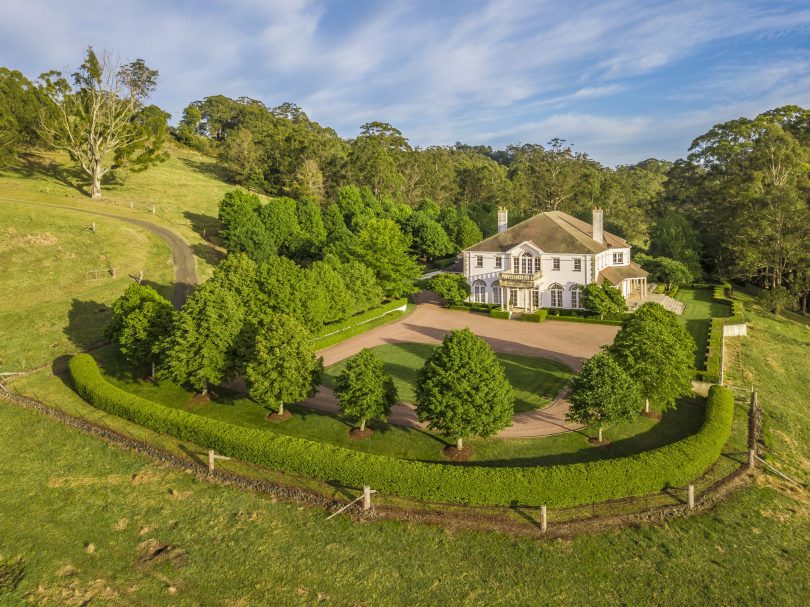 A grand two-storey British Colonial-style residence is for sale as part of a secluded 77-hectare estate in the Southern Highlands and is set among beautifully-sculpted formal English gardens.

‘Mandalay’ exudes rural romanticism and was modelled to exacting standards on a prominent circa-1900 British mansion in Singapore.

Around 1.5 kilometres from the village of Exeter, the property has impressive views of Morton National Park and the Bundanoon Gorge and is well-suited to cattle grazing, with 14 paddocks, two creeks, five dams and natural springs. 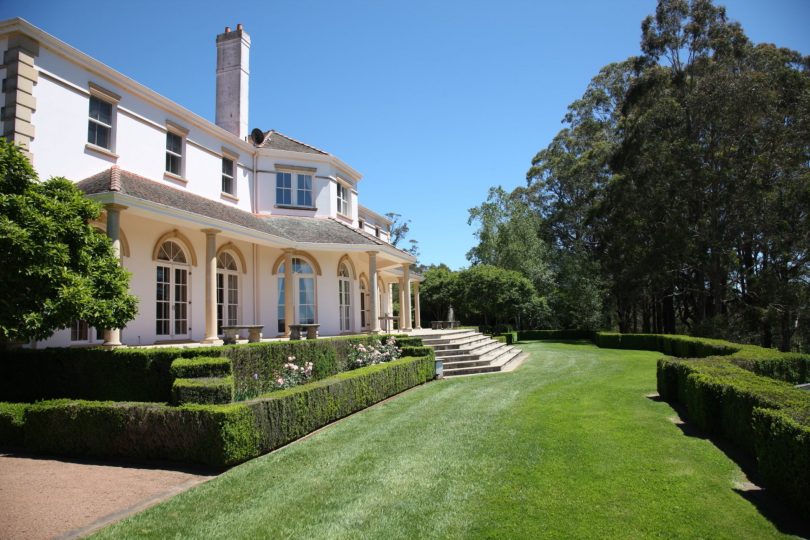 With a price guide of around $9.75 million, Mandalay has seven bedrooms and 7.5 bathrooms and comes with a three-bedroom caretaker’s or guest cottage with its own separate driveway entrance. 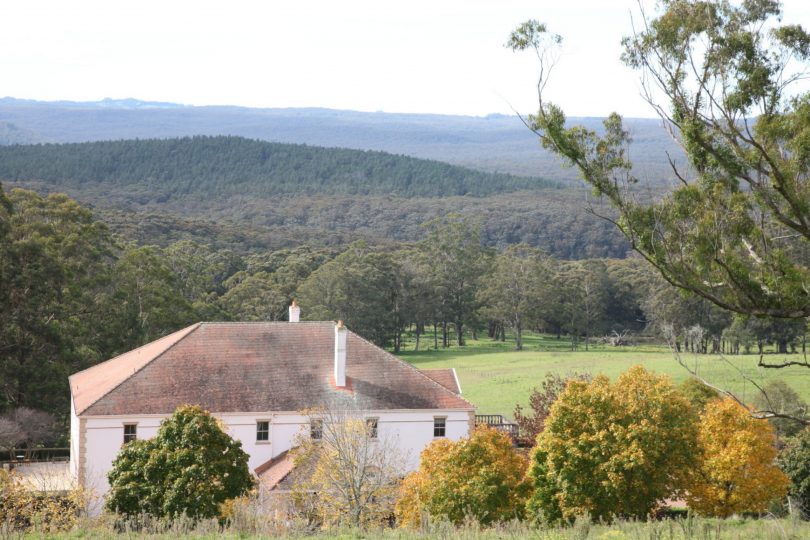 Located at the end of a 1.5-kilometre driveway, the stylish country manor features a series of elegant formal and casual living spaces, a large master suite, a study finished with bespoke timber panelling and a French provincial-inspired kitchen. 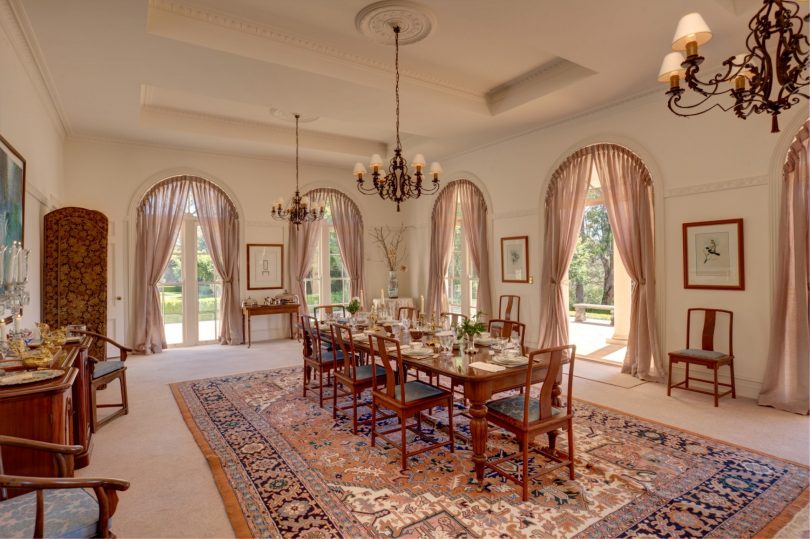 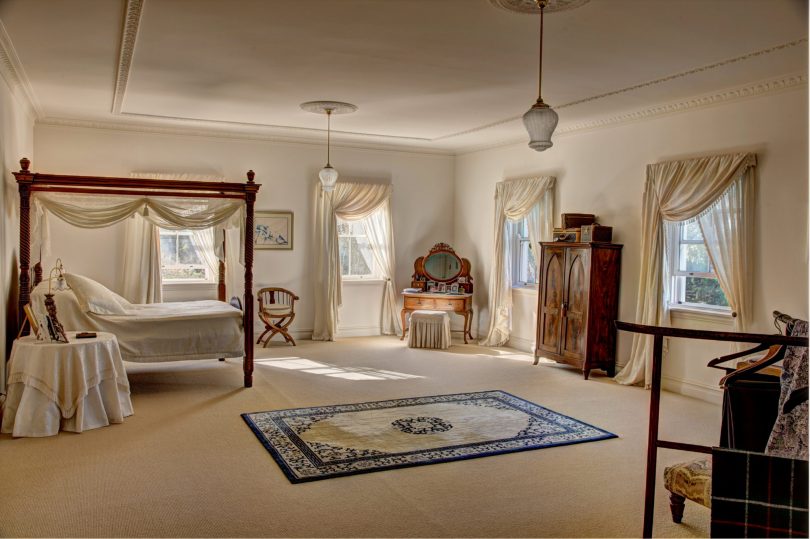 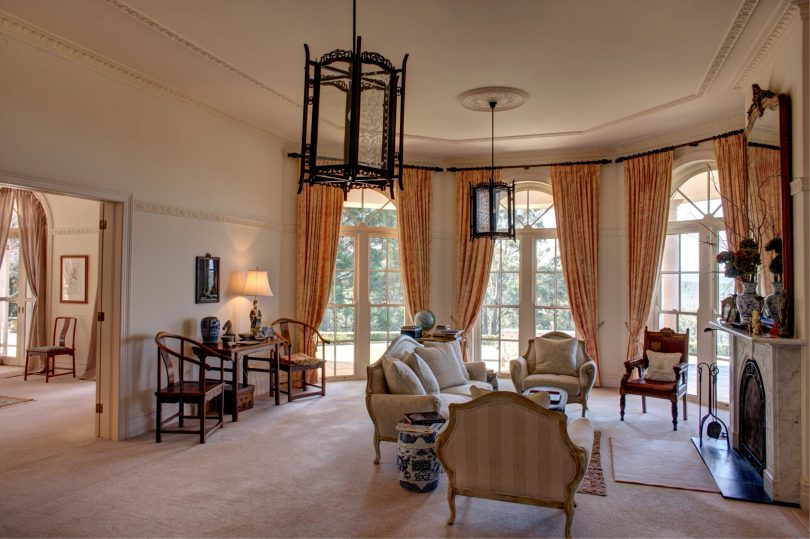 There is also a custom-built Tylo sauna, a 3,800 bottle wine cellar, a triple garage, and a back-to-base alarm system. 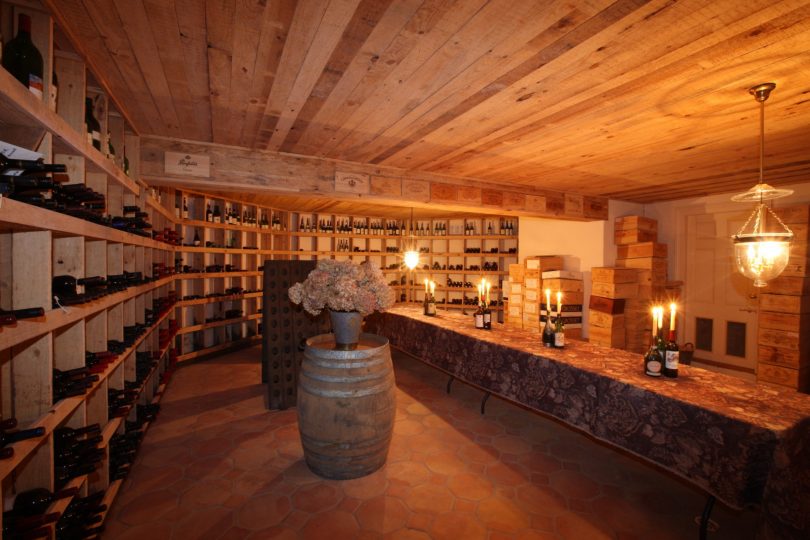 Mandalay’s beautiful grounds were designed by renowned landscape architect James Pfeiffer and are reminiscent of classic English gardens. They incorporate a walled rose garden and a large front lawn with ample space to land a helicopter. 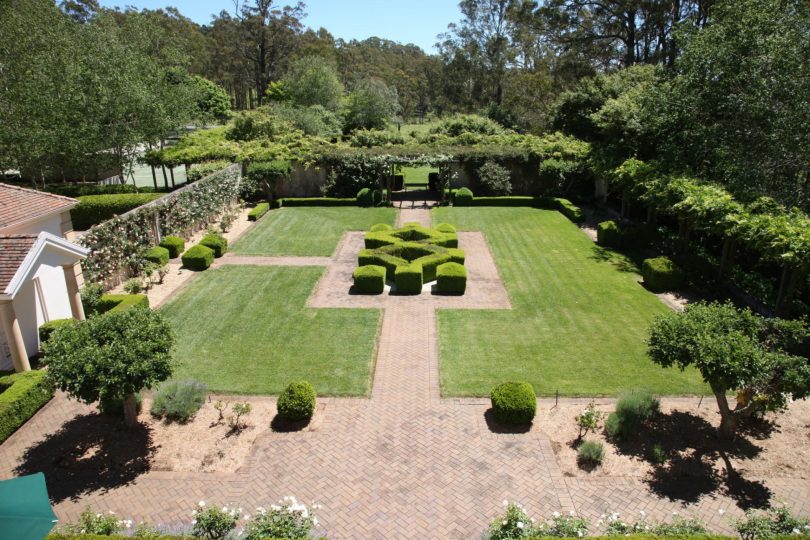 To complete the scene, a series of walks – the maple walk, the hydrangea walk and the wisteria walk – meander past a croquet lawn, a north-south tennis court, a vegetable garden and an established orchard. 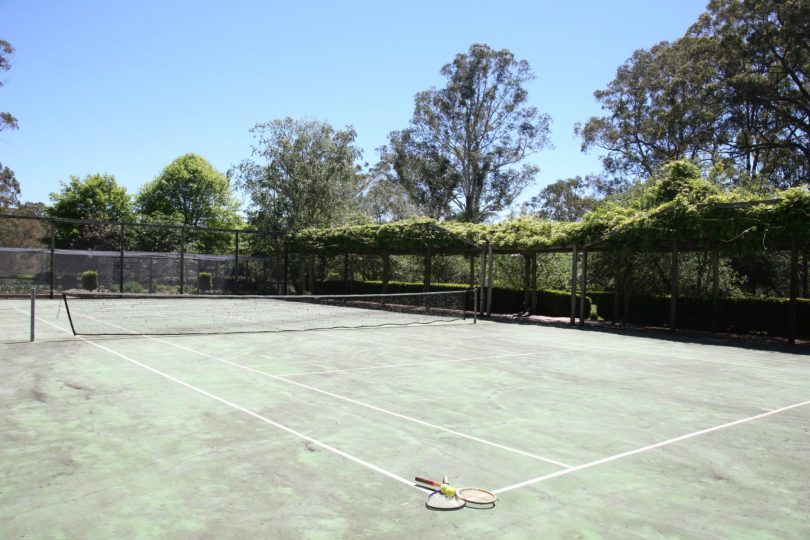 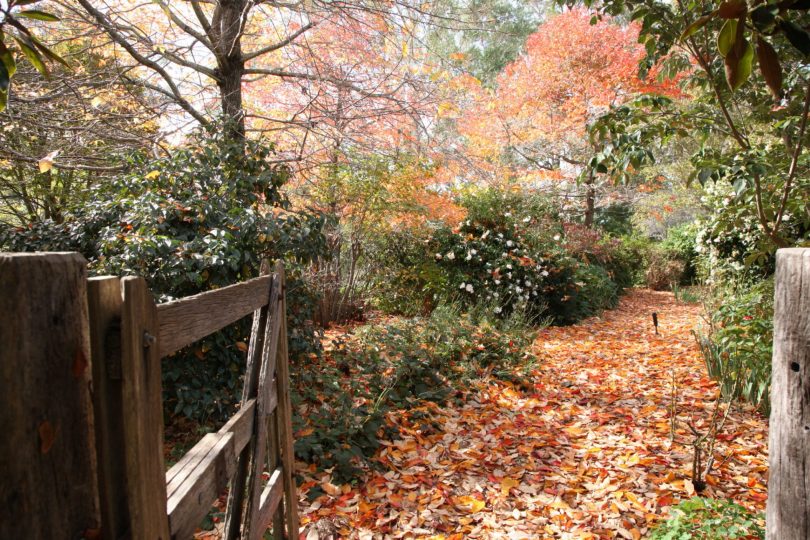 Mandalay has been held by just one family since the home was built in 1992. It is 90 minutes’ drive from Canberra or Sydney and located near leading private schools, golf and equestrian facilities and local vineyards.

Listing agent Bruce Eason of Christie’s International Real Estate said potential buyers have come from as far away as interstate and overseas and been attracted by the estate’s quiet and private location, as well as the beauty of the home. 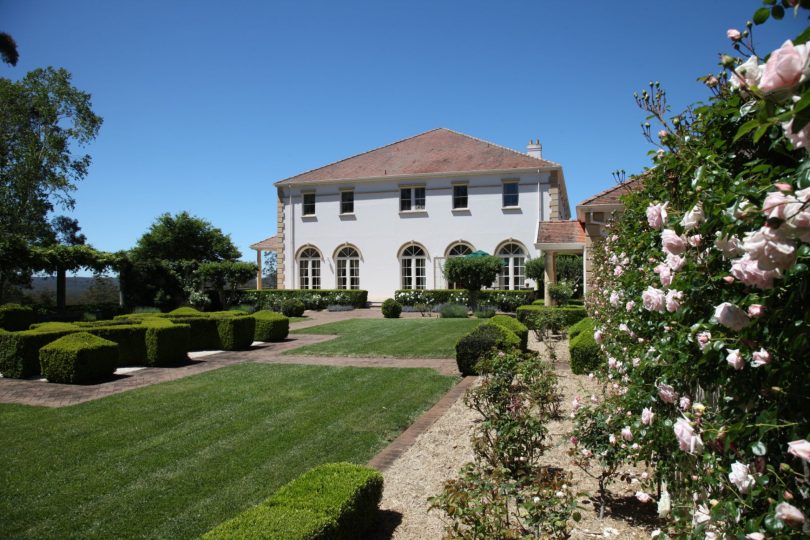 “It’s a magnificent mansion of grand proportions with just about anything you could want,” Mr Eason said. 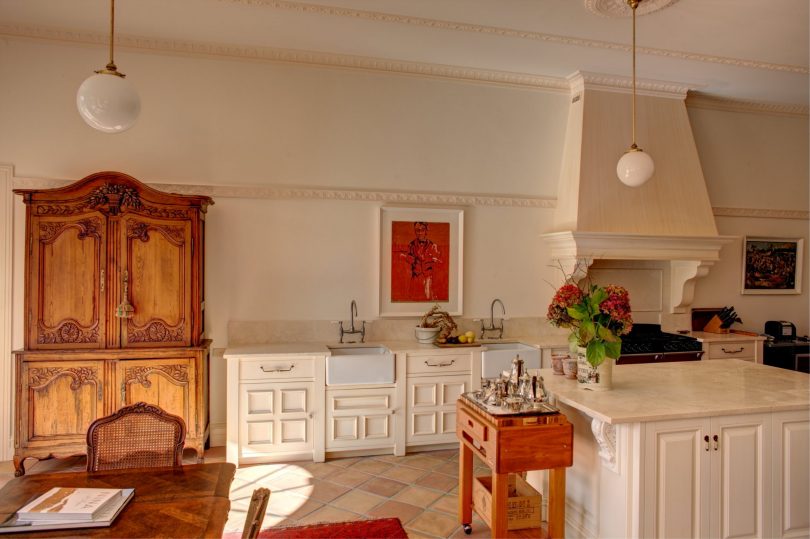 For more information or to arrange an inspection please contact Mr Eason on 0419 282 848 or go to http://mandalay.cve.io/ 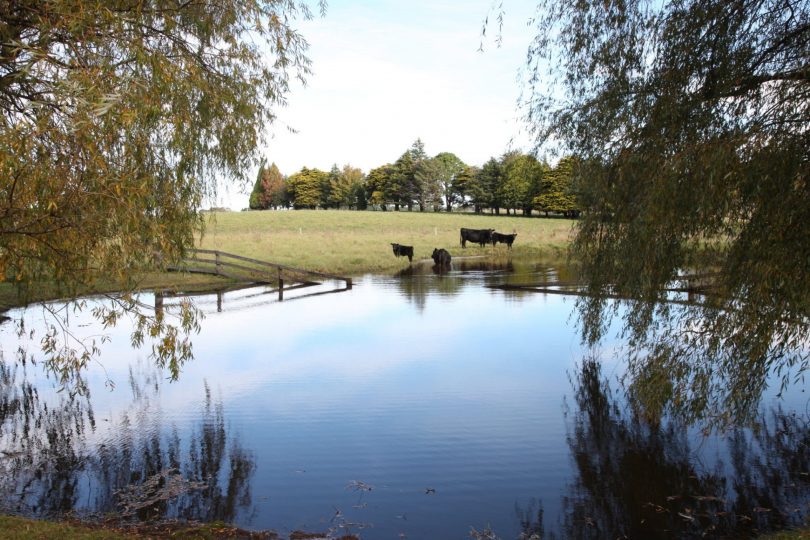