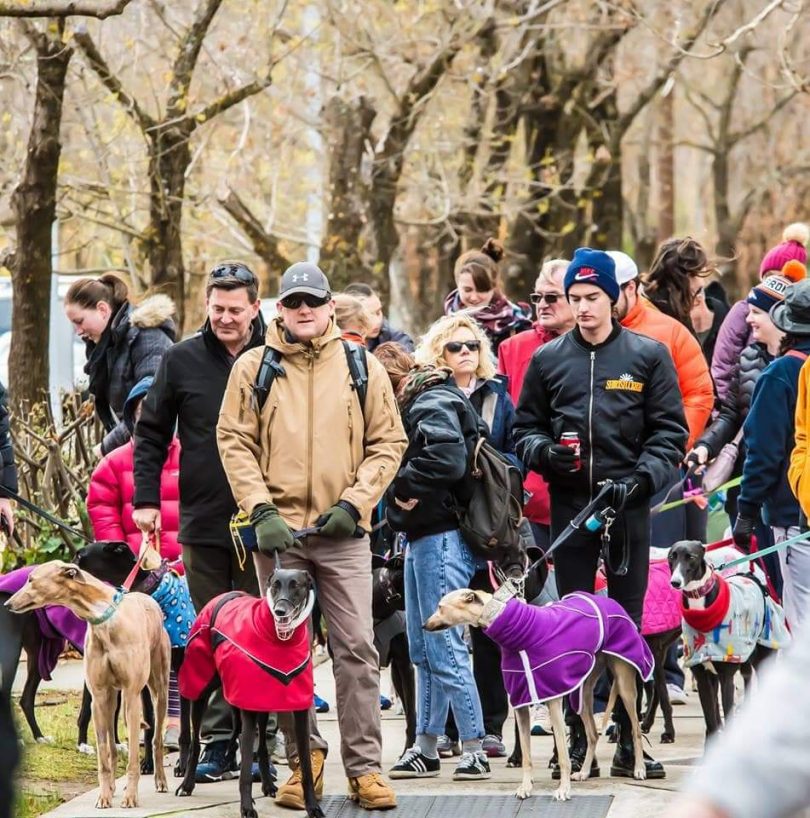 A long weekend always provides plenty of opportunities to get out and about and this weekend will be no exception. With the forecast set to be kind to sun-lovers, how does a leisurely walk surrounded by eager greyhounds sound?

If this appeals to you, then head down to the carpark between the National Library and Reconciliation Place in Parkes for this year’s Great Global Greyhound Walk in Canberra, as they celebrate their 10th year anniversary. It’s the perfect opportunity to soak up the sun, get some exercise, mingle with fellow greyhound lovers and cuddle a few dishlickers.

Since the greyhound racing ban came into effect in the ACT in 2018, several not-for-profit groups in and around Canberra have worked tirelessly to re-home ex-racing greyhounds and set them up for the next stage of their lives. The Great Global Greyhound Walk is an event to promote these gorgeous canines and to dispel myths about their temperament. 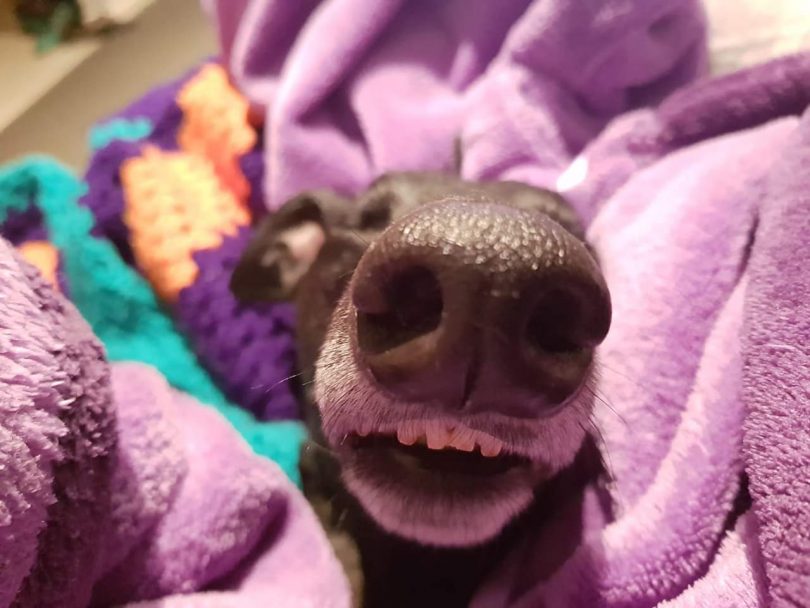 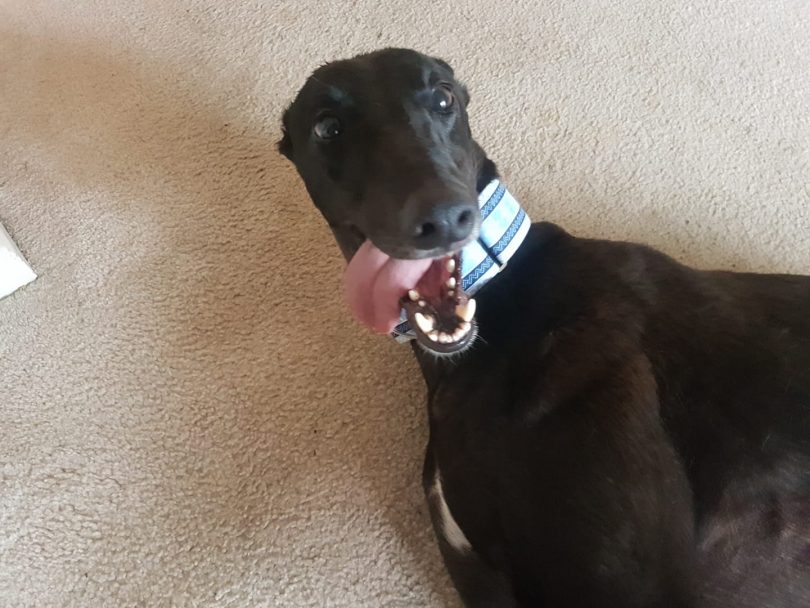 Caesar – “Someone called me?” 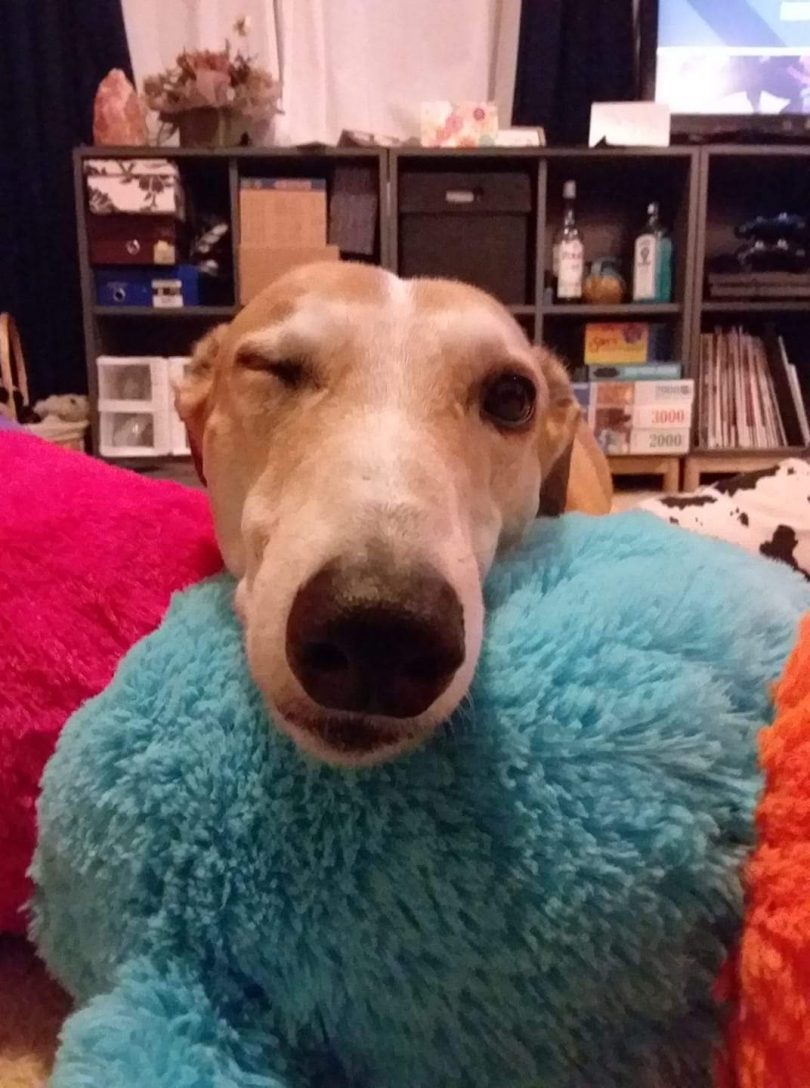 “The Great Global Greyhound Walk has been created as an annual dog-walking event that brings together greyhounds, sighthounds, and their owners, to raise awareness of the breed and show the public just how fabulous they are as pets,” organisers said of the event last year, which saw 80 greyhounds and six other dogs attend.

The event is the brainchild of Greyhound Walks, a registered charity which began in East Anglia, with the aim of socialising and promoting greyhounds as pets by organising local walks. Ten years ago their small group of volunteers decided to bring together sighthound owners across the UK with a national event, originally known as the “Great British Greyhound Walk”. The event captured the hearts and minds of greyhound owners across the UK and in 2014 the walk became global, with last year’s event seeing walks as far afield as Australia, New Zealand, USA, throughout Europe and even Abu Dhabi.

In 2017 when the ACT joined in for the second time, the walk hosted 19 greyhounds, one whippet and a German Shepherd. Membership has grown steadily since then, and the event is hoping to see unprecedented numbers this time around. This year, at least 26 walks have been registered across Australia.

And while this all sounds like a lot of fun, let’s not forget the message the event is hoping to underline: Greyhound Connections, a volunteer-run, registered charity that facilitates the re-homing of retired, rescued and non-racing greyhounds from the Canberra region revealed that since 1 January 2019, 41 greyhounds have found their forever homes through the charity and live in areas across Canberra, Melbourne, Sydney, Brisbane and Adelaide. Groups like these make no profit for themselves; all funds raised at events go towards re-homing retired greyhounds.

By attending the Global Greyhound Walk, you will not only be supporting these groups, but you will also find yourself learning much more about these gentle animals.

“Greyhounds make great companions, they love human company, walk nicely on the lead and contrary to popular belief, greyhounds don’t require much exercise – just two 20 minute walks a day, although many can enjoy much more too. They really are 90kmph couch potatoes!”, the organisers say.

The event is open to anyone who enjoys the companionship of dogs and would like to know what greyhounds are like as pets, or have an interest in fostering greyhounds.

“The gathering is a great opportunity for people to meet the breed. People will be able to mingle about, pat and interact with greyhounds of all different colours and sizes, and also see many of their companion dog family members,” the organisers say.

And if you’re a greyhound enthusiast without a greyhound to bring to the event, come around for the exercise – you might even get to walk one if the owners have any to spare!

The walk will commence at 10 am and will cover the Parliamentary Triangle, leaving from the carpark at Parkes Place W and Queen Elizabeth Terrace, Parkes.

The Great Global Greyhound Walk – Canberra
Sunday, 9 June from 10 am at the carpark between the National Library and Reconciliation Place, Parkes (Mall Road W Parking).

For more information, visit www.actgsn.com or Greyhound Connections on Facebook.

Sue Sutton - 14 minutes ago
My Mum has wonderful neighbours who have been helping keep her lawn in check. Thank you Ota and family xx... View
Bill Gemmell - 59 minutes ago
Barbara Eglitis I was wondering how long it would take. Seriously, I had the Fowles St Park project in Weston in mind. Sugges... View
Barbara Eglitis - 1 hour ago
Naturally occurring weeds, like the ones growing down the middle of Northbourne Avenue which looks disgusting??? View
Opinion 13

kenbehrens - 33 minutes ago
A few years ago when we were visiting our son in Sydney, there were blankets and items of clothing under shelter on the stree... View
jwinston - 53 minutes ago
harcm said “tim_c – what a load of rubbish you talk. What if your schooling was completely disrupted by domestic violence... View
Acton - 1 hour ago
The money you are giving out of misplaced guilt to a street beggar is just funding their drug, smokes and/or booze addiction.... View
News 1

ChrisinTurner - 48 minutes ago
Living in the inner north we now have to start planning to leave Canberra during SummerNats. Already the mufflers are being r... View
Public Sector 172

The joys and tears of greyhound love: what it’s really like to foster a hound

RSPCA’s Pets of the Week – Trevor, Cherry and Peach

@the_riotact @The_RiotACT
A rehab #clinic specifically designed to assist #COVID-19 patients manage the ongoing symptoms of the virus is being set up at the University of Canberra Hospital https://t.co/WvD1IRUJRf (20 minutes ago)