Greens coming up on the Liberals for raking in the money 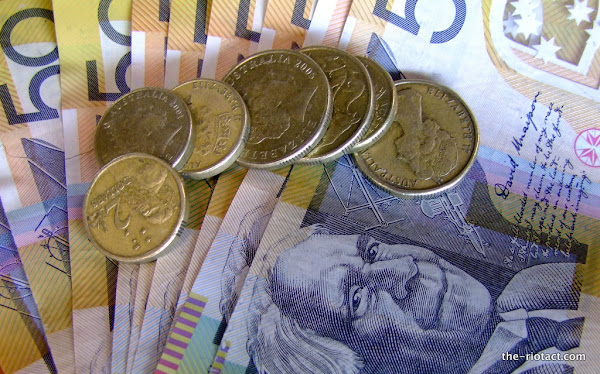 Elections ACT have released the 2010/11 annual returns. Which tell us where our political parties got their money from.

There’s lots of detail to be gone over but the most striking thing from the headline receipts spreadsheet is the Greens within cooee of the Liberals at around half a million dollars in.

Labor of course sits at roughly double with their rivers of gold coming out of their poker machine empires.

Intriguingly the Community Alliance Party appears to still be alive and kicking (albeit with just over a grand).

The ABC has more on the money trail:

A donation from the Canberra Labor Club group accounted for more than half of Labor’s receipts.

The Canberra Liberals came a distant second, receiving just under $600,000.

Their largest payment was $109,000 for a tenancy agreement with security consultancy Stratsec.

The Greens received about $310,000, with their largest donation of $44,000 coming from their own federal party.

This in from a Greens spokesperson on their form:

There is some confusion about the apparently high rate of income this year of the ACT Greens compared to the Liberal and Labor parties.

This is because we’re not comparing apples to apples. The ACT Greens return includes money received from the Australian Electoral Commission that is paid to all parties on a per vote basis following the federal election.

The election return form from Elections ACT states that returns must include “all receipts”, “all transactions” and “all loans”. Conceivably the Labor and Liberal Party election funding is paid to their respective national bodies rather than the ACT branch or division. If this is not the case the money should have been declared in their returns.

The ACT Greens think, at the very least, it’s clearer and more transparent to put this income in our return.

Mark Dando - 35 minutes ago
Bill Gemmell people from across the border may use our facilities but they don't pay for them so I'm not interested in their... View
Bill Gemmell - 40 minutes ago
Mark Dando because some think like 40% off people cluttering our city ona normal business day use our facilities. View
Tom Munro - 49 minutes ago
Matt Turtles Correct but that doesn’t suit the author’s (and others) anti Labor\Greens narrative. This opinion piece shou... View
Opinion 60

John Vallance - 11 hours ago
Lucas Anasdow um.... because like all vaccines it goes through testing. once testing and trials and results are reviewed then... View
News 2

Brent Carlisle - 13 hours ago
I was shearing in the 1980’s and we where talking about how bad the conditions where then and nothing has really changed. View
James Tartarus-Gibson - 14 hours ago
Patrick Honeysett you and I will get a kick out of this 🤣 View
Property 15

Chris Vlahos - 14 hours ago
Should be built alot further back from the monaro highway for future road lanes and traffic expansion if need be. Esp with th... View
show more show less
*Results are based on activity within last 7 days

It's the week before the national holiday that causes division across the country, so it wouldn't be right for me...
Opinion 60

Whenever a story about cycling appears, it activates an avalanche of pent up angst from the wider community. Predominantly it’s...
News 53

Vaccine rollouts will begin in a month after the Pfizer COVID-19 vaccine was provisionally approved for use in Australia by the Therapeutic...
Opinion 29

I don't know about you, but I appreciate art because it's pretty. And because someone worked hard to make it...
News 26

@The_RiotACT @The_RiotACT
As the region marks one year since the Orroral Valley fire began, ESA boss Georgeina Whelan says Defence still has some questions to answer https://t.co/yirx3OfKTM (1 hour ago)

@The_RiotACT @The_RiotACT
Even well run, financially strong sports struggled in 2020. Tim Gavel asks: how many community sports will survive if the pandemic continues? https://t.co/WXpu8lWkhu (4 hours ago)

@The_RiotACT @The_RiotACT
Hot in the City: Love gaming? Enjoy it with your food & your friends by your side at Reload Bar & Games https://t.co/i24LIWpdje (15 hours ago)