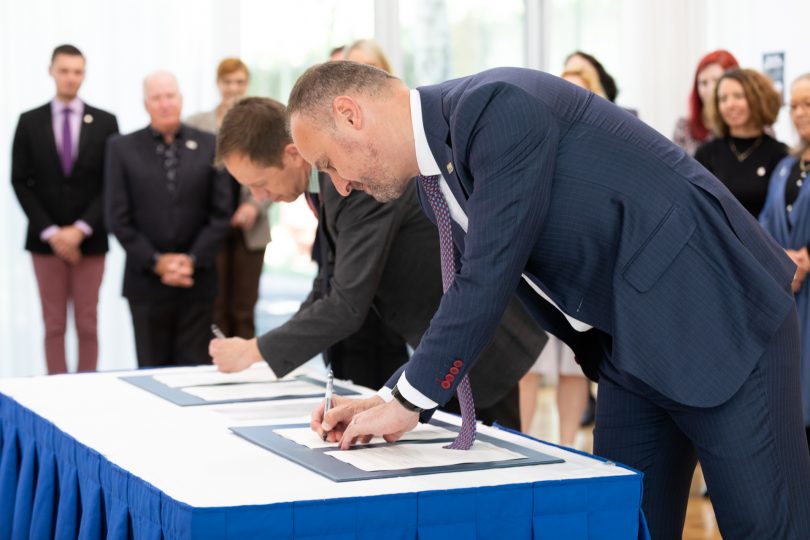 The Greens will have three ministers in the new ACT Cabinet after winning a record six seats at this year’s election and agreeing to form a coalition government with Labor.

Zero-emission vehicle subsidies and concessions, gambling reforms and more social and public housing investment were all agreed to in the new Parliamentary Agreement between the two parties.

The agreement sets out the government’s agenda for the next four years and guarantees Greens’ support for the passage of Appropriation Bills, stabilising Labor’s minority government.

READ ALSO Can the ACT Greens teach their colleagues something about getting elected?

Under the agreement, there will be no gas connections to future greenfield residential developments from 2021-22, and future developments in Jacka and Whitlam will be 100 per cent electric.

The government will also work towards having no new gas connections for infill developments from 2023 and will seek to develop the Molonglo Commercial Centre as all-electric.

New zero-emission vehicles will receive free registration for two years and 50 more charging stations will be built around the capital.

However, the Greens’ more ambitious target to phase out gas entirely by 2040 – five years earlier than the current plan – was left out in favour of a $50 million, five-year program to improve the energy efficiency of social and public housing. 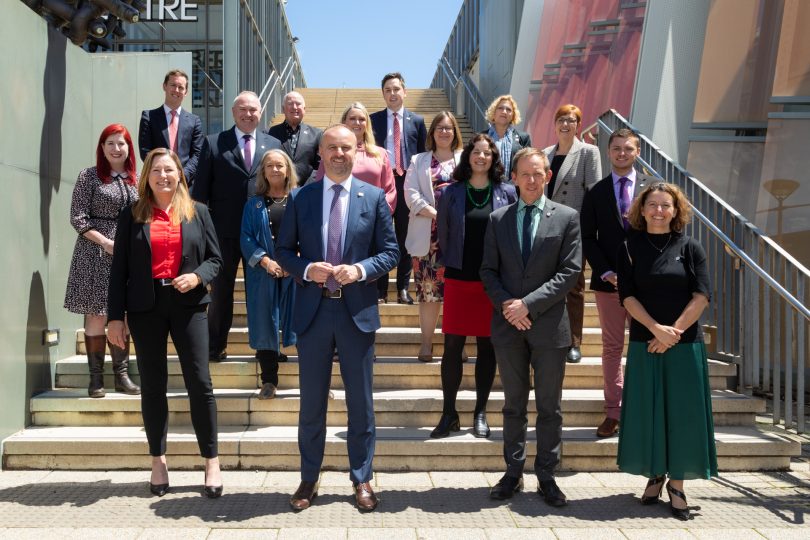 Labor, with 10 members, and the Greens, with six members, have formed a coalition government following last months election.

The Residential Tenancies Act will be amended to end no-cause evictions and consideration will be given to including the right to a healthy environment in the ACT Human Rights Act.

The Greens also managed to secure major gambling concessions that were rejected prior to the election in the new agreement.

There will be $5 bet limits and $100 load-up limits on poker machines while a Community Clubs Ministerial Advisory Council will be established with members from the government, industry and unions. 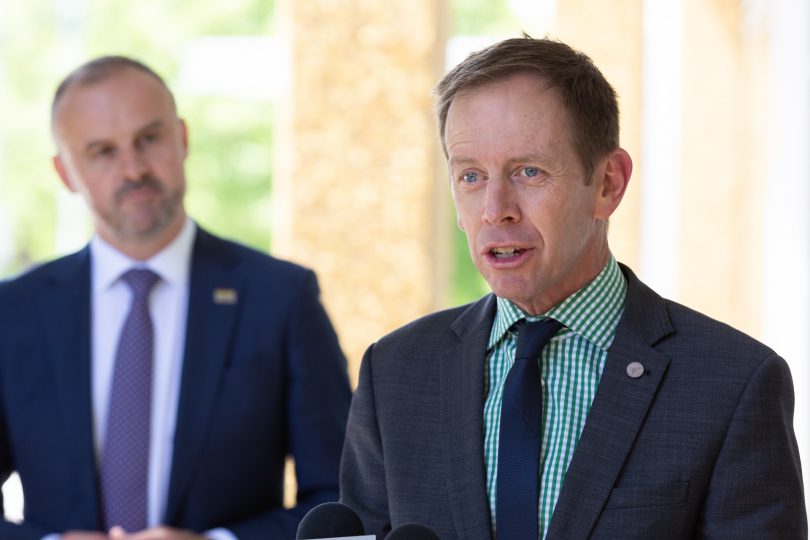 Chief Minister Andrew Barr said this term of government will set the direction of the Territory’s infrastructure plan for three-quarters of the next decade.

The agreement commits to building Light Rail Stage 2 to Woden, and assess the viability and benefits of extending light rail to Mawson as part of the Stage 2B business case.

“There is no extravagance here, what there is, is the effective use of existing provisions and resources to steer particular policy outcomes,” Mr Barr said.

Mr Rattenbury has been touted as a potential replacement for Attorney-General after Gordon Ramsay lost his seat, while Suzanne Orr has reportedly been demoted in favour of promoting Tara Cheyne to Cabinet.

Mr Barr said a mathematical formula was applied to determine the split of ministers. Labor was reduced to 10 seats and the Greens increased their haul to six in the 25-seat Legislative Assembly.

So the new gas line running from Hawker down the hill past the horse paddocks to supply gas to the Molonglo valley is not too be used?

This from the same people who had the righteous hide to call the Liberals’ rates freeze policy a tax cut for the “big end of town” – how many battlers do they think are going to be buying new zero-emission vehicles in the next few years…..?

Instead of putting ACT taxpayers’ money into the pockets of foreign car makers, THE priority should have been social housing – the extraordinary announcements today from the RBA make it clear that tough times are ahead, and Canberrans are not going to be insulated from that.

I struggle to understand the genuine need (beyond stupid interim 2025 targets) to want to piss money up the wall incentivising EVs. Its pure middle-upper income welfare at the moment and isn’t going to significantly alter anything in terms of the speed of uptake of EVs in Australia.

If the Greens and Labor are so against gas, why does the new Stromlo Leisure Centre use gas?

It appears to have some hefty gas plants at the back (I’m guessing to heat the pool water).

It seems to have been a strange thing to allow if they are committed to phasing gas usage out.

It appears to have only banned (so far) in new developments where there may be fugitive methane emissions from undocumented garbage land fills. Methane and naked flame are are lethal mix. There may be something in the EPA about this, but wait, there wasn’t one done was there?

The election result provides the Greens and Labor a strong mandate to address a range of issues, especially climate change and social housing.

In outlining the Parliamentary Agreement the Chief Minister claims “There is no extravagance here, what there is, is the effective use of existing provisions and resources to steer particular policy outcomes’’.

Yet the light rail extension to Woden has not been subject to detailed assessment. The government claims it is superior to alternatives in meeting transport, planning and climate adaptation objectives but has not answered several key questions.

Why have rapidly improving bus-based alternatives not been analysed? These alternatives include bus rapid transit and high capacity electric buses which could generate similar levels of patronage, urban renewal and environmental benefits at lower cost.

How significant are the land value capture opportunities along the route?

Why is light rail a priority, with the cost of the extension to Woden alone estimated to cost at least $1.9 billion (some say $3 billion) when there are major unmet needs in health, housing, city maintenance and an inadequate bus network and when the Territory’s debt is rapidly increasing and population and employment growth slowing?

To maximise value for money would there be merit in deferring the project to a time when the competition for infrastructure skills is lower?

Could emissions be reduced more effectively by other strategies including increasing the coverage and frequency of the bus network?

If the trend to increased working from home continues, is the justification for light rail reduced?

Will the increased use of electric cars reduce the case for light rail?

A government committed to evidence-based policy would defer the project and assess whether it should remain a key element of the response to the environmental, social and economic challenges facing Canberra.

Michael Quirk,
You already know this has nothing to do with good infrastructure planning or public transport. Unfortunately they don’t care about spending other people’s money.

This is going to be awesome!!

BUT WILL THEY MAKE ANY DIFFERENCE? How about reducing impact on natural habitats by saying “no” to more residential developments. An about turn in that cross-border development with NSW would be a good start.

It is still a fossil fuel. Induction is the best when cooking

I heat my water by the sun. Lower emissions. Gas might have lower emissions than coal, but it’s not the lowest. For most of the year 100% (except for the pump). For a couple of months I do use an electric booster. I could add more tubes to reduce this. For cooking it’s a personal thing. I don’t like to cook with gas.

So we’ll have 2 very ‘green’ ministers.

And how they fixing the hospitals?

check out the full agreement for yourselves. some pretty solid commitments in there. Now they need to deliver

Some pretty woeful and extremely expensive commitments in there, hopefully they come to their senses and don’t deliver but obviously unlikely.

This is the main problem with the Liberals putting up such a woeful team with such unrealistic policies.

The Greens have now garnered extra seats from the protest vote against Labor and we’re stuck with what is most likely going to be even worse government than the dross of the last 4 years.

Lucky that our budget is in such good shape and we can afford all of this extravagance on pet projects paid for with other people’s money……….

Some good stuff in there and some absolute garbage – worst of the lot the ‘express trams’ idea hahaha!

God (if that’s not offensive to anyone) please help me get through the next 4 years. I know we will have lots of feel good policies but s%$t health and mental health services… 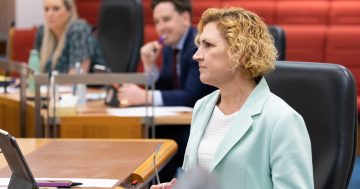 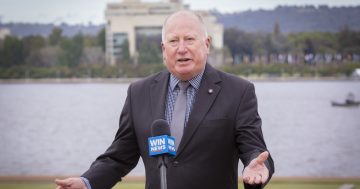