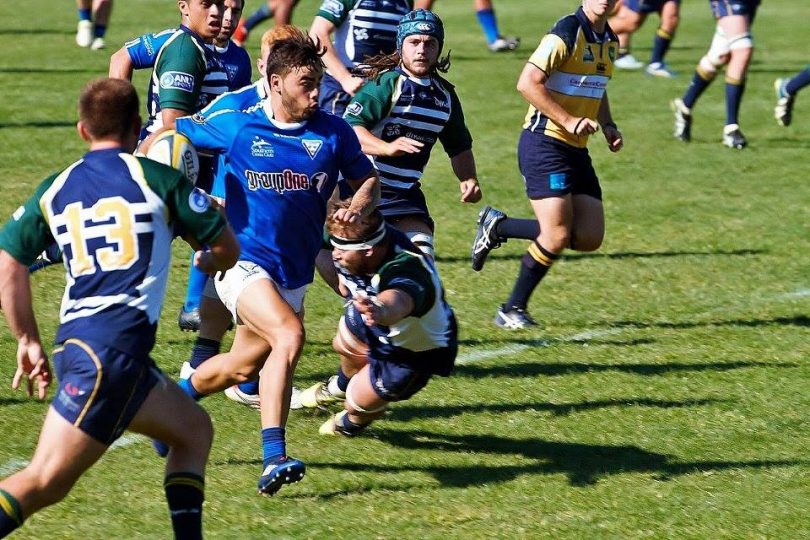 Established in 2009, Griffin Legal partners with business, government, national bodies, community organisations and sport and prides itself on the ability to provide an alternative to the traditional, inflexible law firms.

Griffin Legal provides accessible services to local and national clients of all sizes, as well as a supportive environment with their values reflecting what they are, where they have come from, and what they are striving to achieve.

“We are delighted to welcome Griffin Legal to the Brumbies Rugby family as naming rights partner for the John I Dent Cup,” Plus500 Brumbies CEO Michael Thomson said.

“Griffin Legal are a well-established company based in Canberra and espouse similar values to ourselves in that they strive to achieve Excellence, Commitment, Integrity and Respect. They are a perfect fit for our local rugby competitions being a Canberra born and bred company with a strong culture of social and corporate responsibility. We are looking forward to a mutually beneficial partnership.”

“As a consistent supporter of community sport in the region, we have chosen to sponsor the Cup this year in recognition of partner Peter McGrath’s significant commitment to rugby in Canberra, as a player, official and administer.”

“The sponsorship also fits well with our commitment to the local Canberra community generally and our Australia wide focus on sports law,” Ms Carton said.

The Griffin Legal John I Dent Cup will kick-off on Saturday 7 April with three huge fixtures including reigning champions Royals travelling to Viking Park to take on Tuggeranong.

A full draw for the Griffin Legal John I Dent Cup can be found here with one match per round screened live on the Plus500 Brumbies Facebook account.

Robbie Munday - 31 seconds ago
How are there noise complaints? They literally built it the middle of nowhere. View
Chris May - 5 hours ago
I grew up in Port Pirie in SA Their moto cross track was out of town, about 3kms, in a old quarry. Some bright spark opened a... View
Viviean Laycock - 7 hours ago
I don't think I understand. The track was running vintage cars, which no one seemed to have a problem with, so why is it unwo... View
News 6

Kalo Arepo - 15 minutes ago
Food should never be thrown away -except in very very rare circumstances ! View
Motoring 50