Gungahlin United ready to let their football do the talking 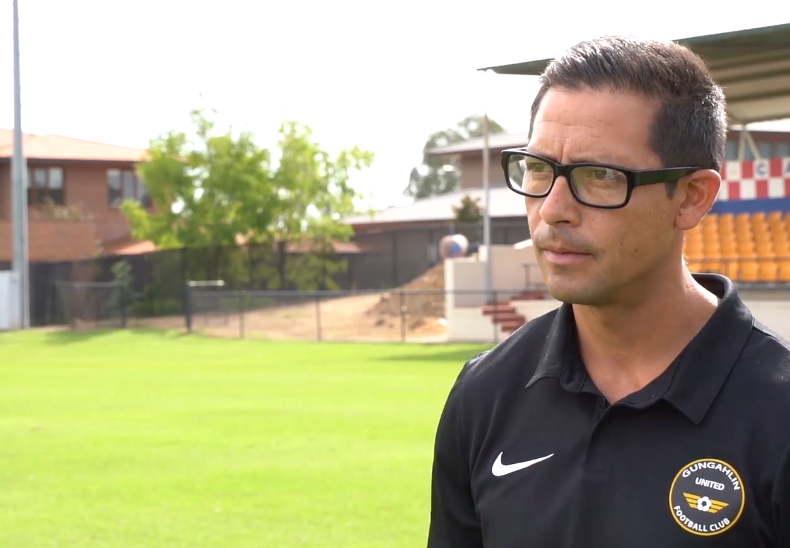 When Gungahlin United’s NPL1 coach Marcial Munoz sat down with his squad with news that Capital Football would dock the side six points, the air in the room was filled with disappointment.

Without even kicking a ball this NPL1 season, the club will be rooted to the bottom of the ladder for at least the first two rounds, regardless if they win. As Munoz addressed his disheartened squad, many of whom he had recruited during the preseason, he gave them a strange offer.

He offered them the chance to leave and join another club, to walk away from the six points deduction. He even personally offered to organise a transfer to a rival club.

But not a single one of his players took up the offer.

Speaking exclusively to Region Media, Munoz said every single one of his players was determined to face the battle head-on.

“The current administration noticed a number of things going on with the previous administration and how the club was being run and they had to alert the authorities to what was happening,” he said.

“Never did it cross my mind that we would be punished like that. We just went about our daily grind as per usual trying to assemble the very best team that we could, based on the limited budget that we have.

“I was the first one to tell the guys that if they felt uncomfortable because of things that have gone on in the background, the door is always open. The current administration was of the same mind that if anyone wanted to go, we would do everything that we could to get them a transfer if that is what they wanted.

“I can tell you that nobody wants to go. No one wants to run away from this. We want to face this head-on.”

Club president Neil Harlock said he was not surprised that the players wanted to stick by the club.

“One of the questions that were posed to me by the Capital Football board was how come you can sign these players? At the end of the day, the club is not spending a ridiculous amount of money to sign these players.

“I remain confident they can still make the top four regardless of the penalty. It is a bitter pill to swallow, to be honest, but when I first flagged it with Marcial a couple of weeks ago, he took it on the chin.

“They are a good young bunch of guys. I have reached out to a few of them and said if they ever have any questions, give me a call.”

Instead of causing a rift within the club, Munoz believes the off-field drama has galvanised the group, who are just desperate to take to the field after a bye in the first round.

“The guys have banded together like nothing else,” he shared. “They are really hungry. We do not have to prove a point to anybody except ourselves.

“We see this as a battle against ourselves and how good we can be moving forward.

“We turn the page extremely quickly now. We can’t dwell on what’s happened and we have to focus on recovering those six points.”