The hand of friendship between the sister cities of Canberra and Beijing may be more of a COVID-safe elbow tap at the moment, but the relationship is growing stronger as Canberra’s Chinese community gets set to celebrate Chinese New Year this Friday (12 January).

In the Chinese year of the ox, hard-work and loyalty are recognised.

“We are really looking forward to this year, especially with a vaccine for COVID-19 coming, and all of our hard work and loyalty will help us to see our friends and family once again,” ACT branch president of the Australia China Business Council Jenny Chen told Region Media.

Canberra’s 30,000-strong Chinese community has continued to support the wider community through the pandemic via a number of initiatives, including significant fund-raising activities and shows of solidarity with Canberrans.

“There are still large numbers of students stuck in China, and for some of them, it will soon be two years since we have been able to see each other, but we have still been able to support each other in different ways while also looking after the local community,” Ms Chen said. 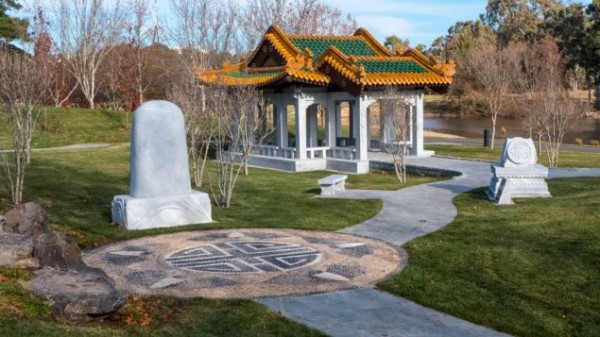 The Beijing Garden in Canberra is the city’s gift to Canberra’s to recognise the two cities’ sister city relationship. Photo: Supplied.

The sister city agreement between Canberra and Beijing celebrated its 20th anniversary on 14 September last year, and Ms Chen says it is imperative to know the relationship is far more than symbolic one.

“Some people see the sister city relationship as just a welcome on the highway when you enter Canberra, but with the Beijing Garden, we also have a symbolic gift which encourages people to talk about the two cities,” she said.

“It proved to be a great cultural exchange, even though we can’t see each other at the moment, we were able to understand each other.

“Through doing a little bit of research, it definitely helps to understand how we live in the two cities. Hopefully, post-COVID, there will be some a chance for us to visit each other again and experience the local hospitality,” Ms Chen said.

Former Liberal opposition leader Brendan Smyth is now the new COVID-19 local business commissioner and said the signing of sister city agreement 20 years ago had brought many good things to both cities.

“When Andrew Barr met the mayor of Beijing, both agreed there was more to be done and one of the great hopes of this year was that we would sign a renewed MOU as the sister city agreement so that we can get even closer in the areas of research, tourism, city management, transport, and indeed, solving the big problems of the world,” Mr Smyth said.

Beijing is also known as China’s intellectual centre, and Mr Smyth said establishing direct air links from Beijing to Canberra is still on the agenda once the ability to travel reopens.

For Jenny Chen and the rest of Canberra’s Chinese community, the hand of friendship endures.

Chinese New Year also marks the anniversary of Region Media launching its RiotACT China platform. The platform provides a reliable source of news from Canberra and the surrounding region to the fast-growing Mandarin-speaking readership.

bj_ACT - 18 minutes ago
That’s a really interesting read A nony mous. We deserve to know more research and analysis. Many of the Oaks and Cedars of... View
A Nonny Mouse - 4 hours ago
The Local Government Association of South Australia commissioned an 'Independent Inquiry into Management of Trees on Public L... View
bj_ACT - 5 hours ago
I’d certainly like to see some peer reviewed stats on the tree falls in Canberra. I noticed on radio last week the TCCS exe... View
News 10

@the_riotact @The_RiotACT
ACT Senior Australian of the Year and 50-year volunteer with @stjohnaustralia Valmai Dempsey wants mandatory #first-aid training for learner #drivers. She says it's a no-brainer https://t.co/Xovhw0Ec3H (51 minutes ago)