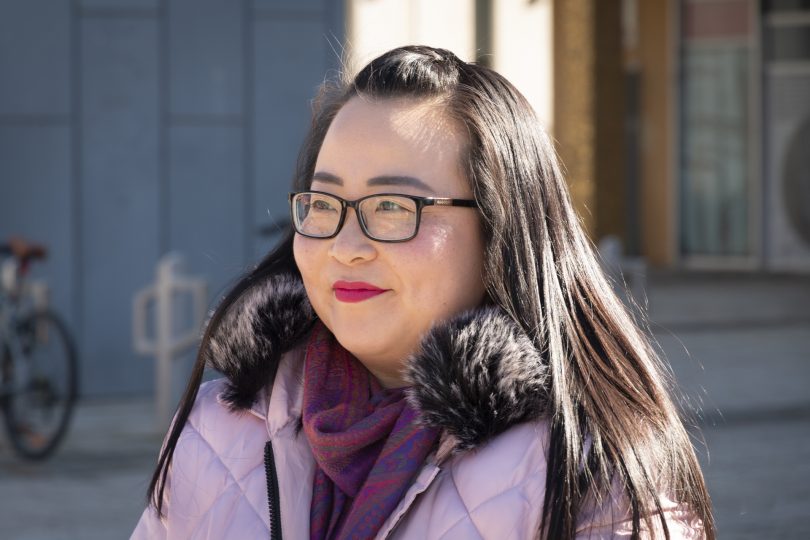 UPDATED 1:45 pm Elizabeth Lee has been elected leader of the Canberra Liberals, taking over from Alistair Coe who did not re-contest the ballot after the party’s defeat at the election 10 days ago.

Only the former opposition leader Jeremy Hanson, who led the party at the 2016 election, ran against Ms Lee.

Ms Lee said her leadership would be a “fresh new beginning for the Canberra Liberals and the ACT community”.

“Our party room … shows the diversity of our broader community. We have a cultural diversity that is missing, not just in the ACT, but Australian politics,” Ms Lee said.

“That is not insignificant.” 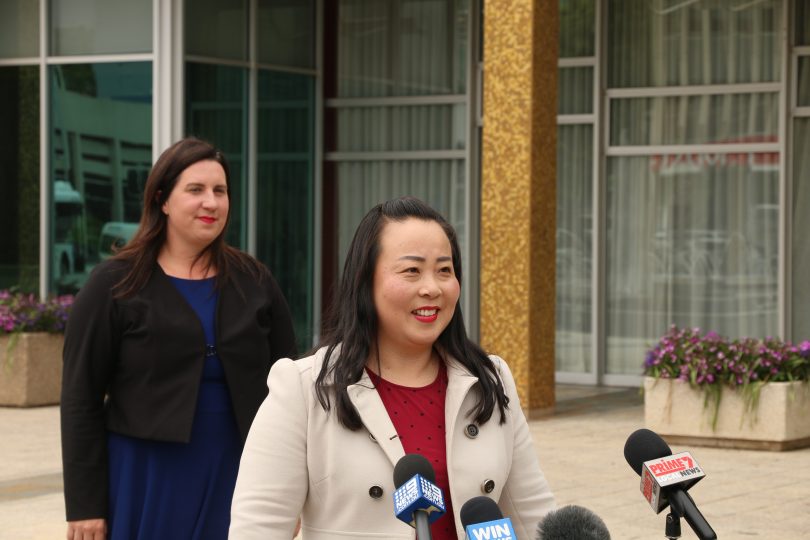 Elizabeth Lee and her deputy Giulia Jones fronted the media after the party room meeting this morning. Photo: Dominic Giannini.

The Liberals are currently conducting a review into the election after the party suffered a swing against them of 2.9 per cent across the board, with the swing widening to 7.2 per cent in Murrumbidgee. The party lost ground across every electorate except for Yerrabi – Mr Coe’s electorate – where there was a 4.8 per cent swing to the party.

“Canberra spoke very loudly and we must listen. There are certain somethings that must change. We want to represent all of Canberra … and that is my job,” Ms Lee said.

There was no indication from the new leader about whether the party’s director and campaign manager, Josh Manuatu, would remain in his role.

“That is something that has not been discussed as yet,” she said. 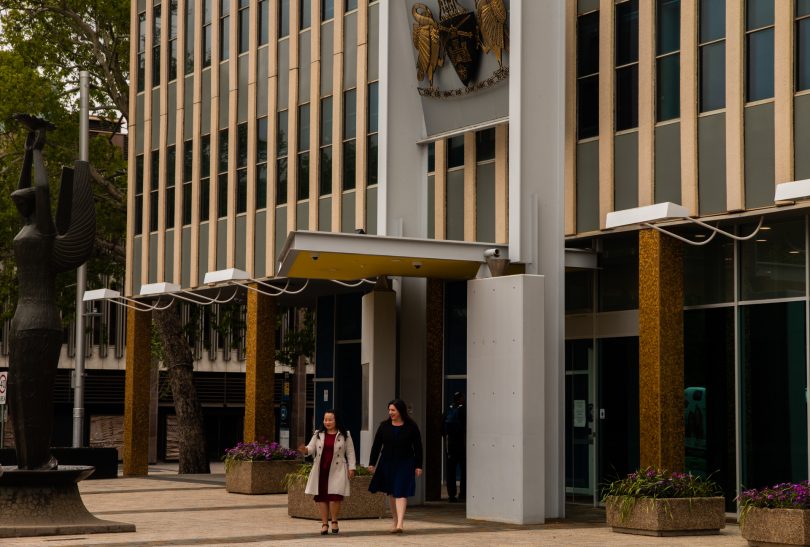 The Liberals have been criticised – including by former party leaders – for being too conservative for the Canberra electorate.

“As leader of the Liberals I take full responsibility for the result on Saturday night,” Mr Coe said at the time.

“It is tough. It is very tough. I and many other people in Canberra were devastated by the results. It is clear that with one or two minor parties, we have been disproportionately hit hard.

“Let’s put this into perspective: it is a 3 per cent swing at this stage and I have no doubt that this will narrow considerably in the coming days.”

Isn’t Giulia Jones from the conservative wing? She worked as a staffer for Tony Abbott and Sophie Mirabella.

Elizabeth Lee? A step in the right direction! Giulia ? You have got to be kidding me !

Thank god it’s not mark Parton, his a buffoon. No doubt he thought he was a shoe in but obviously those in his own party are sceptical of him

No matter how many steps forward they take, Labor/Greens will always be two or three steps ahead of them. Canberra with its huge public sector population will always give the aggregate vote to the left side.

If my theory is nonsense JS, please then explain why Labor has been in continuous power in the ACT for almost 20 years as there are no outstanding individuals in that party either.

Solid choice with Elizabeth Lee – far less convinced by the choice of Guilia Jones as deputy, but this presents them with a chance to reset their policy agenda and find something more palatable with the ACT community.

I agree Guilia Jones is not an appropriate deputy, she doesn’t pay her fines for her reckless driving and has done nothing of significance in her lifetime in the assembly apart from showboating