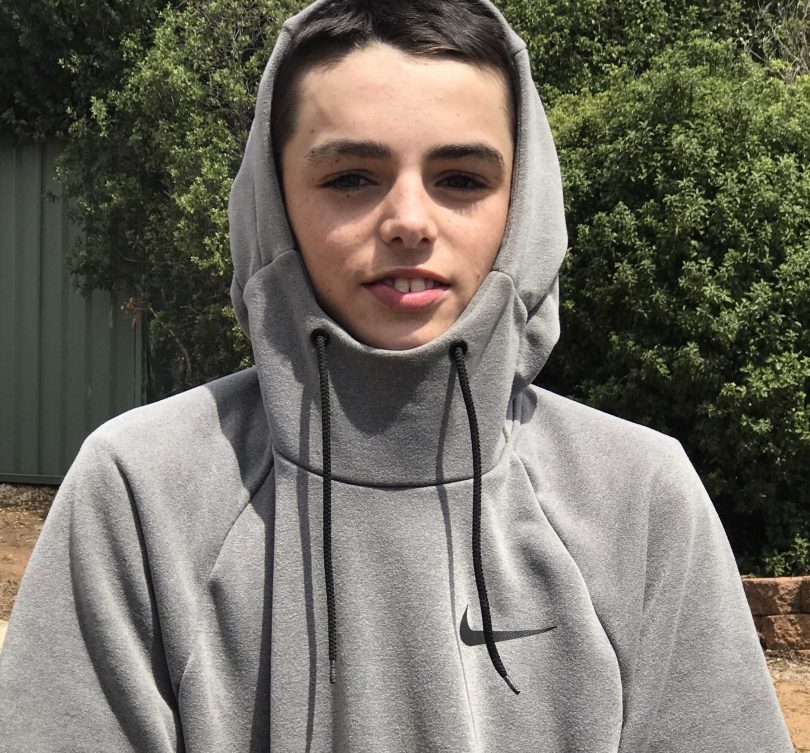 Jack Hambilton has been missing for a week. Photo: ACT Policing.

UPDATED 13 April, 10:45 am: ACT Policing has announced that Jack Hambilton has been found safe and well. They have thanked the public for assistance in locating him.

Jack was last seen in Ngunnawal on Monday, 5 April. He is believed to have been in Moncrieff on Tuesday, 6 April, and may have been in the inner northern suburbs on Thursday, 8 April.

He is described as being of Caucasian appearance and about 178 cm (5’10”) tall, with straight black hair, grey/green eyes and a slim build.

Police are asking anyone who is in contact with Jack to reassure him that he is not in trouble and that police wish to check his welfare.

Anyone who has seen Jack or has any information about his whereabouts is urged to contact ACT Policing on 131 444.