Have you seen Kevin Rowley? 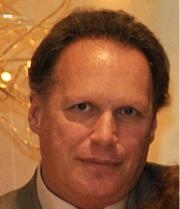 Kevin Rowley left his home in Bruce around 7am yesterday morning and has not been seen or heard from since.

The man is described as Caucasian in appearance, approximately 5’ 7” (170cm) tall with a medium build. He has blue eyes and balding, light brown hair.

He was last seen wearing a blue and white striped T-shirt and blue jeans.

Police have concerns for his welfare and would urge anyone who may have seen Mr Rowley or knows his whereabouts to contact ACT Policing on 131-444 or Crime Stoppers on 1800 333 000.

5 Responses to Have you seen Kevin Rowley?
Filter
Showing only Website comments

Sheila Rowley has asked us to add this link:

I just heard from an ex-colleague that Kevin’s funeral was indeed yesterday. No other details other than he was interstate. No funeral notices went into local press.

Really sad to hear. I worked with Kevin (or rather, in a related section) some years back. He could be an intense guy, sometimes very serious, but he also had a great sense of humour and when something tickled him, his whole body tended to join in the party!

And he was a very, very intelligent and well-studied man. Dr Rowley, I believe, though if he was he rarely referred to himself as such in my experience.

And yes, he had a nervous habit of rubbing away those poor old eyebrows!!

There was a Canberra Times story on 18 June (which I can’t currently link to) that says he was found safe and well. This is so sad if true.

Really sad , if true…I worked with him 10 years ago- he was a nice guy.

Here is the link
http://www.canberratimes.com.au/act-news/missing-bruce-man-found-safe-and-well-20120618-20jep.html

There was a Canberra Times story on 18 June (which I can’t currently link to) that says he was found safe and well. This is so sad if true.

HiddenDragon - 1 hour ago
"However, even as some of us are chomping at the bit to get back into the world, many feel anxious at the thought of mingling... View
Susan Williams - 5 hours ago
Carin Covid I know. I hope this will change 🙏... View
Carin Covid - 5 hours ago
Susan Williams yes I agree but good luck if you’re not willing to show your vaccine status, even in Australia! View
Sport 139

Jo Telfer - 2 hours ago
Doug Damn, well that sucks. Another idea: make it a little kids only thing ..seems the momentum is the main factor in the sev... View
Doug Jackson - 3 hours ago
Kane P-s from a financial perspective, the cost between remove and repair is massive - remove is so much cheaper. View
Doug Jackson - 3 hours ago
Jo Telfer The only thing an assessment will do is identify that the government has to spend money to fix it to reduce the ris... View
News 3

Have you seen Ned? – FOUND

Have you seen Andrew Gloe? – FOUND

Have you seen Vanessa Stuart? – FOUND

@the_riotact @The_RiotACT
What connects actor Billy Zane to Telstra Tower? How fast can you go on an e-scooter? Clem Cummings designed what iconic piece of #Canberra architecture? If you know these answers, take our weekly Ken Behrens #Quiz! https://t.co/m0lOAYZGLY (21 minutes ago)