Have you seen Michael? 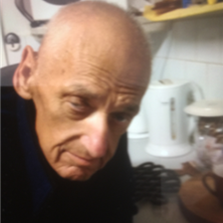 Police are seeking the assistance of the public in locating Michael, who left his Lyons home on Monday morning and has not been heard of or seen since, and has not been in contact with his family who are concerned for his welfare.

Michael is 69 years old, weighs 60kg, has a shaved head and is considered to be frail. He was believed to be driving a white Tata twin cab ute with ACT registration.

If anyone sees this ute, or has seen Michael, can they contact ACT Policing Operations on 131-444.

If you have information which can help police, please quote reference number 5805066.

Stephen Saunders - 6 minutes ago
A 21st century rail link from the largest city to the capital city? Heavens, that's not how we do things in brawny Australia.... View
News 15

ACT resident - 24 minutes ago
Because a land use such as a major waste facility is allowable does not mean its appropriate for the site. CRS always told th... View
Sport 6

Bellelis Australia - 2 hours ago
Phillipa Leggo thank you. Can't wait to see you in the shop to show you around 😊 View
May Mac - 17 hours ago
The only reason we switched to landfill nappies was the struggle to keep line dried reusables from stinking of woodsmoke in w... View
Phillipa Leggo - 18 hours ago
Well done Olga Imbriano - lovely article👏👏👏 View
Food & Wine 24

The resilience of the few who have not turned on their heaters yet in 2021 will be put to the...
News 0

Have you seen Shane Fish? – FOUND