Experts in buying, selling & renting
Your property, your future
19 May 2021

Have you seen these missing rings? 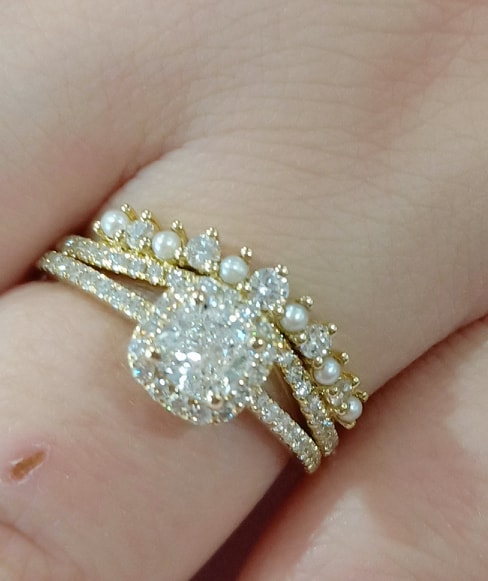 Have you seen these engagement rings that were left in a fitting room at Big W Majura Park on Saturday 17 August? Photos: Supplied.

Tanja Binder always had a vision of what her engagement ring would look like. She had drawn them when she was a girl.

Now, the terrifying moment of realising she had left them behind is all too real for the newly engaged Tanja and her partner Nick, when she inadvertently left her precious engagement rings in a store at Majura Park on Saturday (17 August).

She is now calling on the Canberra community to help her find the missing rings.

Tanja, who has been in Canberra two years since moving from Germany, met Nick in 2016.

She immediately said yes when Nick proposed in front of a castle in Copenhagen on June 9. Tanja told Region Media that it was her childhood dream to have these rings, so the couple took her design to a jewellery shop in Woden. The shop, Diamond Design, said yes as well.

“When we got the quote, it was way over our budget and that’s when we agreed not to have a big wedding,” Tanja said.

“We decided we want to have a really simple wedding where we have really nice rings. I told Nick I want to wear the rings for the rest of my life and I don’t want to regret having a cheap ring.

“So we got those rings custom made and pretty much used all our savings. Then we went to Europe and he proposed to me in front of a castle in Copenhagen.”

Tanja said she had only worn the rings twice, as she had to have one of them repaired when two small pearls came loose. The jeweller told her to be very careful with the ring and to try not to let anything rub on it. She also works in a restaurant and chose not to wear them while working. 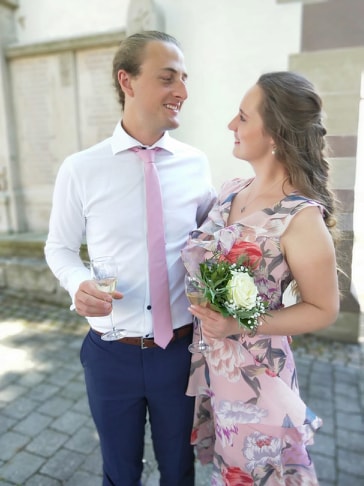 Tanja Binder and her partner Nick plan to have a simple wedding and have rings they can wear forever.

She recalls the moment she realised her precious rings were missing. Her brother had flown in from Germany and didn’t have many winter clothes, so they decided to go shopping at Big W at Majura Park.

“I was also trying some clothes on and I was trying something fluffy on and I realised that I should take off the ring. I took the rings off but I didn’t have my handbag with me, so I put them right next to my phone.

“I’ve never lost anything and always look back when I leave to make sure. Then my brother started to rush me because he needed to go back to his host family as they had afternoon plans. So I was in the fitting room rushing, and then I just went out and didn’t look back.

“I have actually only worn this ring twice and my fingers weren’t used to it, so I didn’t realise something was missing. I realised the next morning when I went to put them on and I went, ‘oh no, where are my rings’? That’s when I realised I’d left them on the bench in the fitting room.”

Tanja said she immediately contacted Big W who told her there was no sign of the rings. She called the police and went to Big W to search for herself. She has asked to look at CCTV footage but said she was told this wasn’t possible because of privacy concerns. The rings are not insured.

Tanja says the rings are custom made, they have engravings and are registered.

“They have enormous sentimental value for me and my partner. He proposed in front of a castle in Denmark with these rings and we unfortunately also don’t have the money to get them made again.”

Tanja said she is not sleeping well and is urging anyone with information to contact the police or contact us here at the RiotACT.

“Please, if you have them, hand them in. The rings hold so many memories for us from overseas and no other ring could bring those memories back.

“The rings will never have the same value for anyone else as they will for me.” 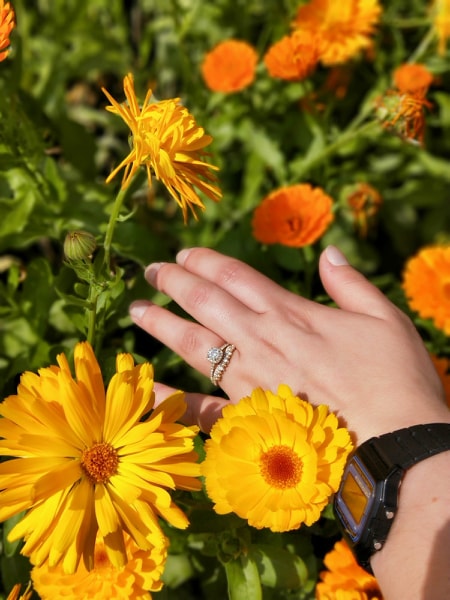 The rings have enormous sentimental value for Tanja. If you have seen them, please contact the police.

Good on you Riot Act for helping her here!

A great shame and can only hope some good luck gets them back to you. 😇

Custom made rings but not insured?!? 😏