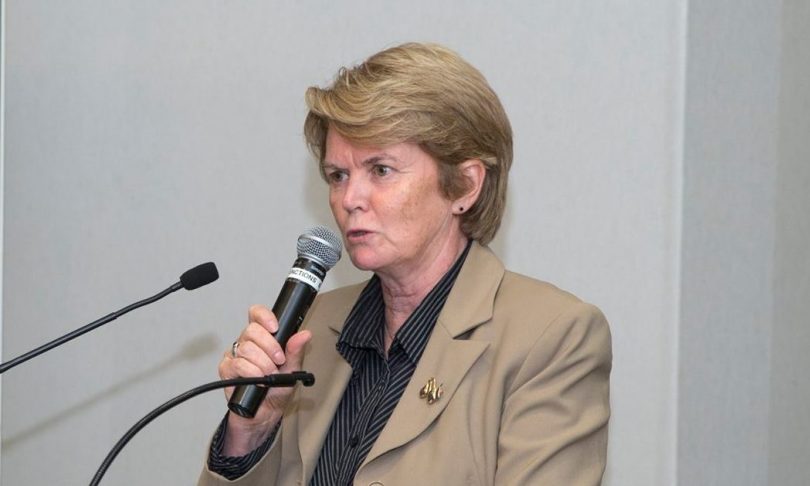 Heather Reid has taken an indefinite leave from her role as deputy chair of Football Federation Australia board. Photo: Supplied by Capital Football.

Former Capital Football boss Heather Reid has taken an indefinite leave of absence from the Football Federation Australia (FFA) board to undergo chemotherapy.

FFA announced this morning that Ms Reid, a veteran football administrator and tireless advocate for women’s football, would leave the board as she battles cancer.

In a statement, chairman Chris Nikou said Ms Reid requested the leave to give full focus to her health and well-being.

“Our thoughts are with Heather and her family and we wish her a full and speedy recovery,” the statement read.

“The directors of Football Federation Australia today granted a request from fellow director, Heather Reid, for approval of an indefinite leave of absence from the board.

“Heather has requested that the Members of FFA and the football community understand her decision to step aside and respect her and her family’s privacy at this challenging time.”

Reid was only elected to the board two months ago after receiving an overwhelming 90.78 per cent majority at the November AGM, cementing her role as deputy chair.

A trailblazer for more than 40 years, Ms Reid was the first woman to be appointed as the head of a state football federation when she became Capital Football chief and also led the charge for Canberra’s bid to join the W-League when the competition started a decade ago.

Sorry to hear this Heather. Sending healing thoughts your way!

So sorry to hear. Wishing you Heather all the best

Wishing her all the very best