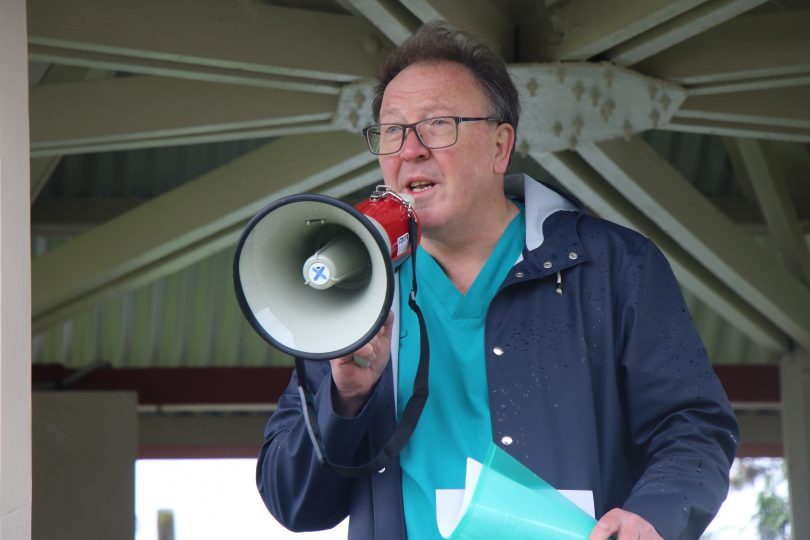 Dr Michael Holland addressing a hospital rally in the Eurobodalla. He is on track to take the seat of Bega from the Liberals. Photo: Karyn Starmer.

Labor is on track to wrest the State seat of Bega from the NSW Government for the first time, with early counting in this weekend’s by-election showing a swing to the ALP of more than 13 per cent.

The electorate was created in 1988 and has never been won by Labor.

More than 50 per cent of people in the electorate cast their vote early at pre-poll centres or by using postal ballots and it will be almost a week until the Electoral Commission starts counting the latter.

However, on a two-party preferred basis, Labor candidate Dr Michael Holland holds just over 57 per cent of the vote.

Dr Holland’s ascendancy in state politics has been swift. A former long-time obstetrician and gynecologist, he resigned from the Southern NSW Local Health District in November, arguing a review into maternity services at Moruya Hospital had not addressed alleged “unsafe” practices.

He ran a campaign focused on problems with the local health service, and dissatisfaction with plans for a new hospital in Moruya.

“Having someone with medical knowledge … is a way to navigate the way to improve the services,” he said.

The 12 February by-election was triggered by the resignation of popular former MP Andrew Constance, who has held the seat for 17 years. He quit State politics in the wake of former NSW Premier Gladys Berejiklian leaving office and will take a tilt at the Federal seat of Gilmore. 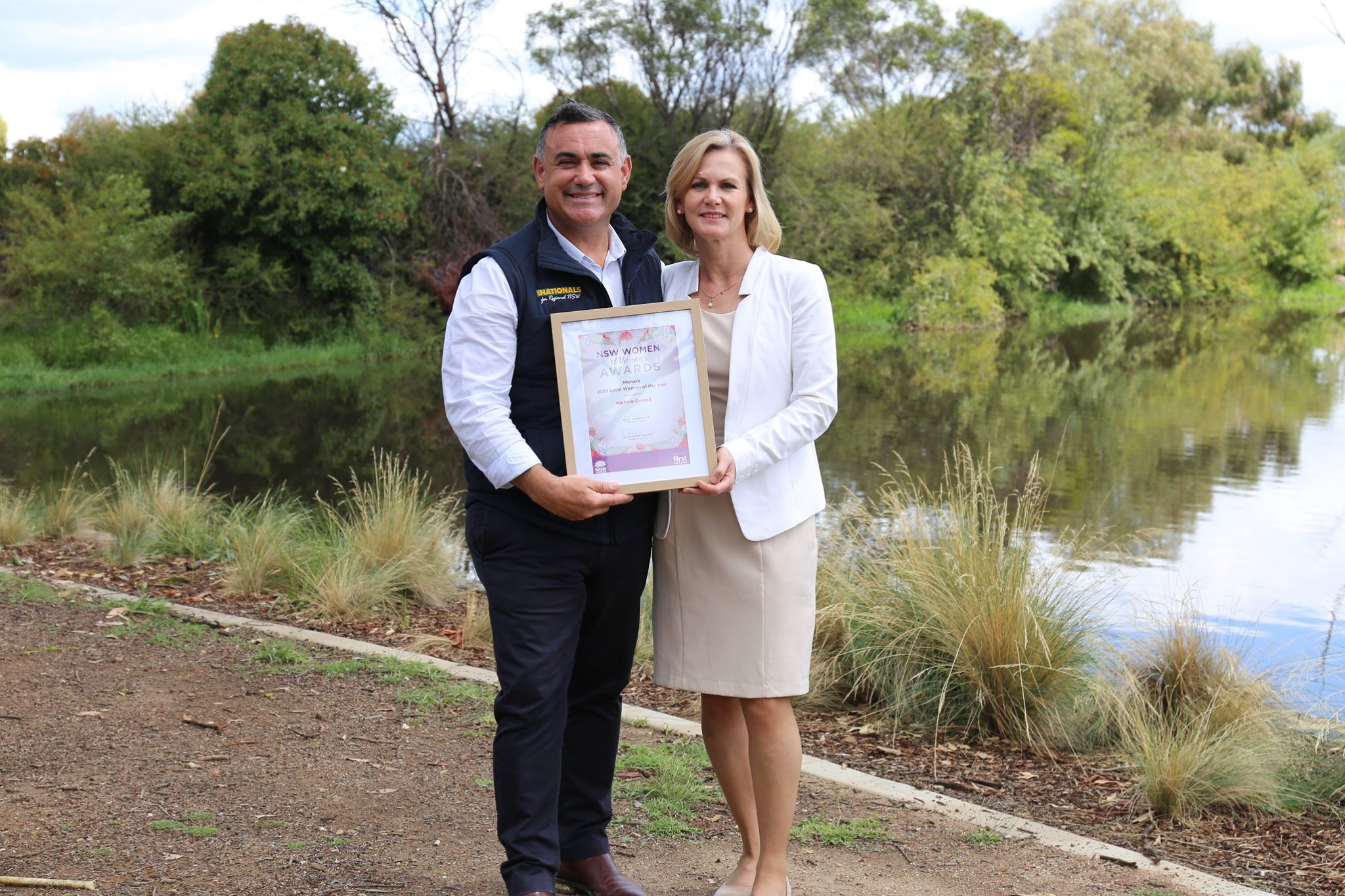 Bega was one of four seats up for grabs in Saturday’s NSW by-elections.

The Nationals have retained Monaro, while the Liberals took Willoughby and Labor retained Strathfield.

There was a swing to Labor in Monaro, left vacant by the resignation of former deputy premier John Barilaro, however The Nationals’ Nichole Overall had a buffer of about five per cent over Labor’s Bryce Wilson with more than 30 per cent of the vote counted.

The Queanbeyan historian, journalist and former real estate agent Nichole Overall was preselected to run for the Nationals in October.

Her announcement came just days after her husband, Tim Overall, announced he would step down after 13 years as mayor of the Queanbeyan-Palerang Regional Council.

I hate it when families try and make a political dynasty. What is wrong with Monaro? There arent that many farmers surely??

One Overall in local politics was quite enough for me

Congratulations Nichole, now lets see what you can do for us