Home among the trees and parrots at Wybalena 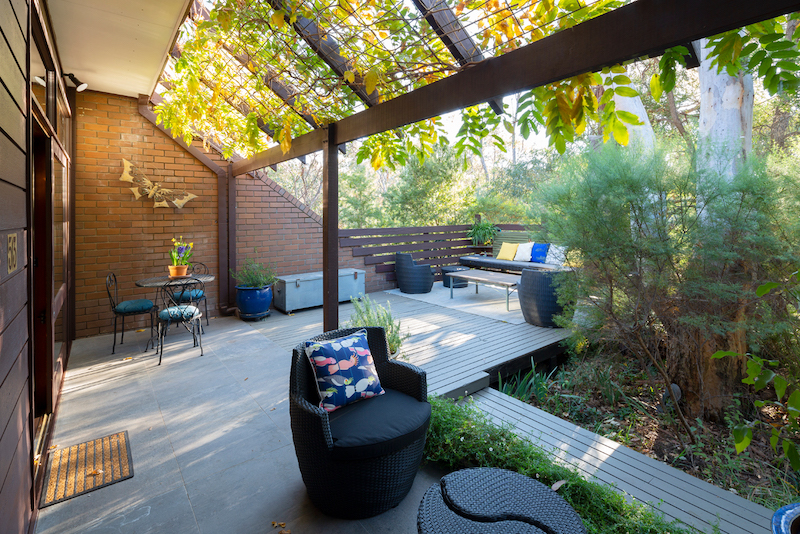 53 Wybalena Grove sits an in a leafy bush setting and will be auctioned on May 30. Photos: Supplied.

After waiting almost a decade for the right home to become available in Wybalena Grove in Cook, Julia and Marian Zachara and their children moved into a five-bedroom, two-storey townhouse, elated with their bush surroundings.

From three or four windows on the upper storey they peer inside the canopy of native trees. Julia, in particular, has always been delighted to see king parrots, an occasional superb parrot, rosellas, pee wees and magpies. The ground is alive with birds too. 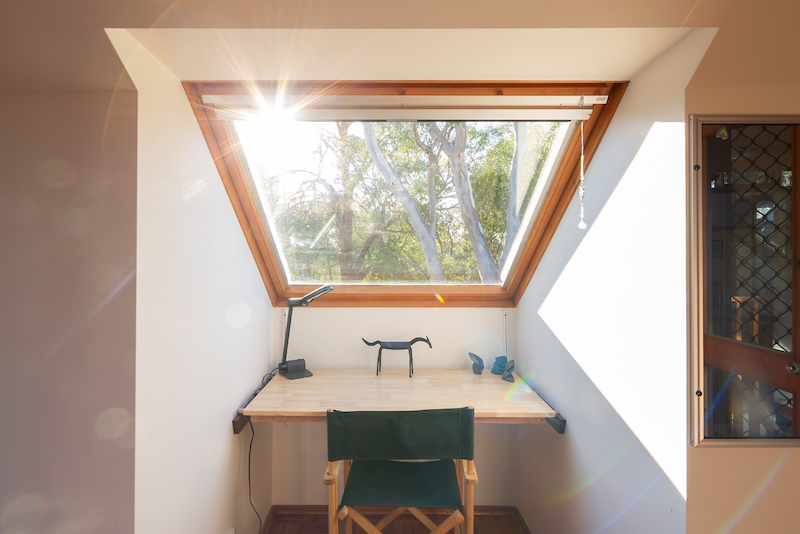 “A family of choughs that come through digging up through the mulch,” Marian says. “We have the odd echidna come through, kangaroos occasionally feast on the greener lawns, when we first came we played tennis on the tennis courts,” he says.

“While we don’t make use of the pizza oven that has been developed near the tennis courts, quite a few other people do. When they come to visit, our grandkids have a playground about 30 metres away in a bush setting too,” Marian says.

Their daughter now lives and works in the United States. Their son has long moved out and lives elsewhere in Canberra. The couple have listed their five-bedroom home for sale in Wybalena, a mid-1970s early housing experiment that is now a highly-prized woodland estate.

The north-facing, two-bathroom home with stone benchtops in the kitchen and double-glazed windows will be auctioned at 4 pm on Thursday, May 30, at 53 Wybalena Grove by home.byholly. Listing agent Sally Strang says the architecturally-designed home’s bush connection can be experienced from almost every room. Floor-to-ceiling windows framed with cedar present exceptional views. 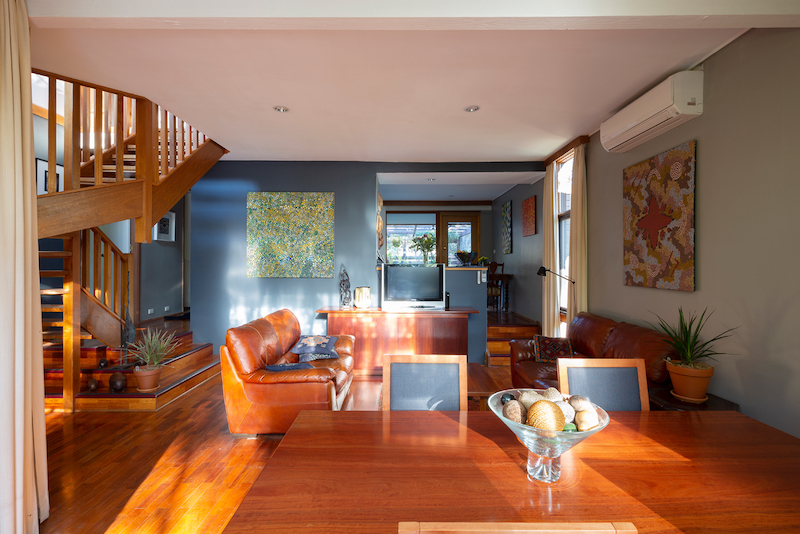 The Zacharas moved to Canberra from Cooma, enthralled by Wybalena’s cooperative housing concept. In the early 1970s, renowned architect Michael Dysart designed the townhouses to blend into the gently sloping landscape. Built of identical materials, the colour of the bricks matched the bark of the eucalyptus, with the pyramidal-shaped units designed to offer privacy from one angle, and openness to the bush from another. No. 53 adjoins a reserve, adding to the leafy ambience.

“It doesn’t matter which window you look out, you see trees,” Marian says. “There are not many windows that you see another building, we see sort of part of one neighbour, part of another, but from every other window you just see bush.” 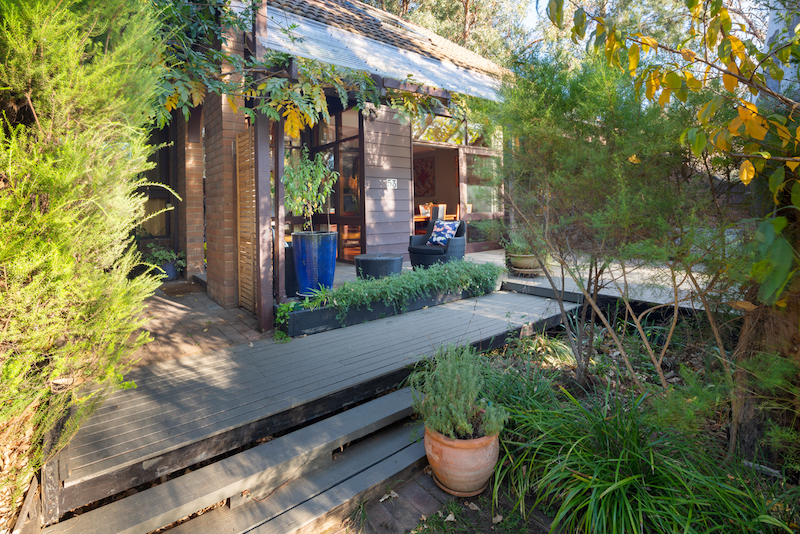 The property’s location gives it an out-of-city feel.

He says in one of only 105 units on about 30 acres you feel you are not in the city. “It’s green, shady, good in summer because of the number of trees, but it is essentially the views,” he says.

Substantial renovations and additions were done about 30 years ago. All bedrooms have built-in wardrobes. The Zacharas added a deck, paved area and fixed the pergolas. They created a possum-free area by placing mesh over a pergola enabling them to grow vegetables. “We have had good crops of salads, tomatoes in particular. They were the best performers,” he says.

As well as double-glazing, they insulated the brick cavity walls, and lined the walls on the inside for improved appearance and thermal efficiency. In winter, the upper floors warm from heat rising from the ground floor and catch plenty of sunshine.

“In summer, we virtually don’t use air-conditioning, even though this summer was in the high 30s to 40s. We didn’t use air conditioning, except for about three hours from 3 pm,” Marian says. 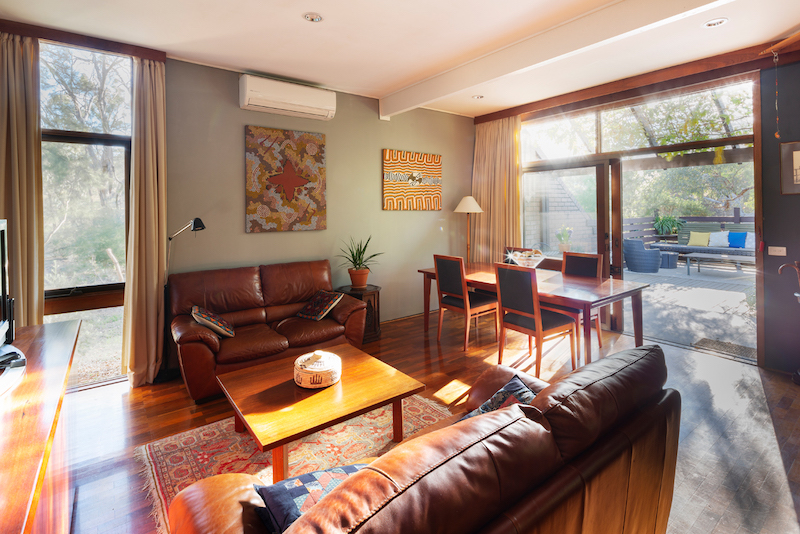 Well insulated for all seasons.

The couple get together with neighbours for Christmas drinks, and even though gardeners care for the common area, the Zacharas and neighbours pitch in too. “It is a feature of the place, people look for the common good, improving the overall appearance and environment of the space,” Marian says.

Proximity to schools and universities was an early drawcard. “We are one bus into the city, we sometimes walk to Belconnen Mall, it’s only 35 minutes away when walking, we have bike paths which head into Belconnen and to the lake,” Marian says. “Once a week we walk up to Mount Painter, which is a 40-minutes return walk, we go into the Aranda bushlands in the other direction a couple of other days during the week keeping a little fit.”

They have a choice of Turkish, Thai, Indian, Chinese and Vietnamese restaurants at Belconnen and Bolts Bar at Aranda shops.

franky22 - 33 minutes ago
All pollies want electoral reform that will favour their particular demographic. View
Acton - 1 hour ago
If the Greens think that lowering the voting age to 16 will result in more Green votes, they may be very disappointed. There... View
Community 2

Renee Mae - 48 minutes ago
Yes there are root causes but especially here in ACT we can't ignore rental affordability (or lack thereof). So many women ar... View
Property 25

Acton - 1 hour ago
Certainly low documentation loans raise the risk of default. As well, to add to the risk factors now are greater use of mortg... View
Capital Retro - 3 hours ago
It is timely to revisit what happened in the USA 11 years ago because with speculation that there will be government guarante... View
Acton - 3 hours ago
Low interest rates mean people borrow more. Large loans means people have more money to spend and higher buyer demand pushs u... View
News 4

The way medium-density housing should be

@The_RiotACT @The_RiotACT
The derelict Commercial Hotel in #Yass is under new management, as the major shareholder of Public bar in #Manuka takes over https://t.co/ss9NhiJQLa (16 minutes ago)