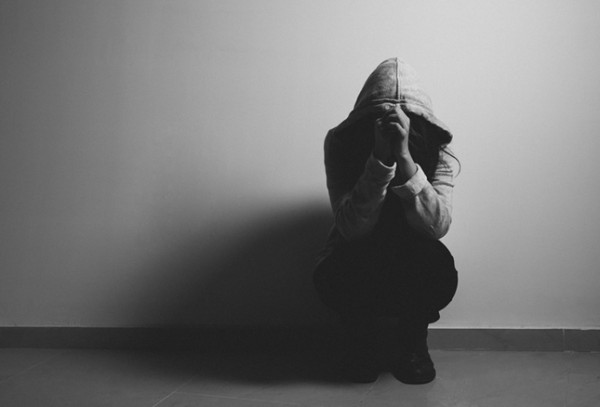 Justin Baker who heads up the Youth Coalition calls them “hard to reach and hard to engage”. They’re the homeless teenagers who are forced onto the streets for the cruellest of reasons, mostly violence, sexual and substance abuse within their families. And because unaccompanied children can’t enter crisis accommodation, they have nowhere to go until they turn 16.

“They have had a breach of trust from most people’s greatest support, their family,” Baker says. “If you can’t be at home at that age, it’s because something is very wrong and often these kids will blame themselves.

“Avoiding police contact seems like a sensible thing to do at the time, many of them are frightened they’ll be caught up by Care and Protection Services, even when those fears are unfounded.

“So they don’t seek help and often there just isn’t any help to be had. There’s nowhere to take them that’s safe, so they stop asking for help.”

Now the ACT government has announced $480,000 in funding for a partnership with advocacy group Youth Coalition ACT and several other groups to develop and provide a service model to support young people in their middle years who are at risk of homelessness or at risk of engaging with youth justice or child protection.

In a relatively complex mix of funding split between the services, $90,000 will be provided to the Conflict Resolution Service – Family Tree House to deliver therapeutic supports and services, $85,000 will be allocated to Woden Community Services to undertake casework and case coordination with young people who remain on waiting lists and have not yet received assistance and the same allocation will go to Northside Community services.

The funding is intended to trial more flexible approaches to service delivery and inform work on the model.

“We need to work out what the scale and nature of the problem is,” Justin Baker says. “We know that kids are couch-surfing and staying with family friends or sleeping rough when they first leave home. But at the more hardcore end, as they adapt to the long term shift away from their parents, they’ll find alternative people to live with who are not always desirable.

“If these kids think that’s a safer option, then what does it say about their home life? A 14-year-old doesn’t leave home on a whim. There are others who are staying in unsafe homes because there is nowhere else for them to go.”

Baker says the issue needs to be seen in broader terms than homelessness alone. “Homelessness is code for what happens when all the other risk profiles are met. Helping these kids is also about preventing family conflict that escalates to domestic violence, limiting the damage from drug and alcohol abuse in the home and stopping these kids’ own lives spiralling out of control.”

He flags the need for a systemic response, and that’s where the collaborative funding model will be useful. “Across all the services, it’s not a huge amount of money, so we have to make sure we get this right and to show we can effectively and efficiently use the funds,” he says.

Woden Community CEO Jenny Kitchin said they’re also excited to be part of the project. “Any programs that assist young people who find themselves homeless need our support. By working together in the sector we need to find the best ways to assist young people in crisis.”

The Conflict Resolution Services’ Family Treehouse program supports adolescents who are experiencing homelessness or at risk of becoming homeless due to family conflict. The program works with an entire family, not just the young person, facilitating family mediations and informal conversations, one-on-one support and ‘coaching’ to family members and outreach services.

Waiting lists are long but CRS chief executive Mel Haley said evidence showed early intervention could be highly effective in bringing families back together: last year they had an 88 per cent success rate with clients.

Family Treehouse worked with almost 500 young people at risk of becoming homeless last year and Mel says one of the most concerning issues is the jump in children under 15 at risk.

Brilliant progress to have this new funding. Loving the collaboration. Well done The Youth Coalition of the ACT in advocasy and all partners in the project!