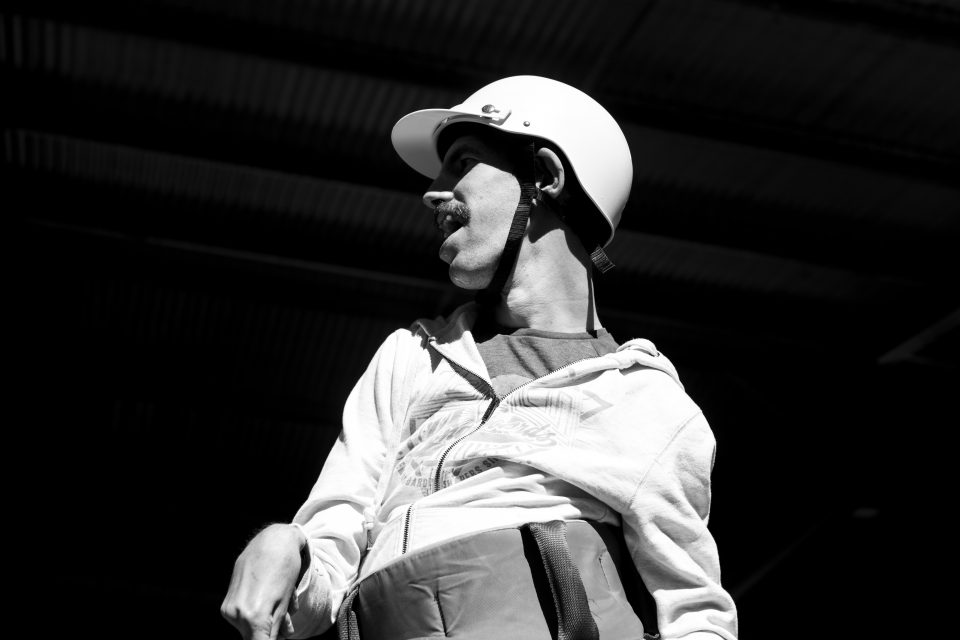 He’s one of three men who arrive at Ellesmere Equine on the Life Without Barriers bus for their weekly horse riding lesson.

As they meander with anticipation, their carers get the men ready for the saddle while two horses stand beyond the fence unknowingly waiting to improve the quality of life for their riders. 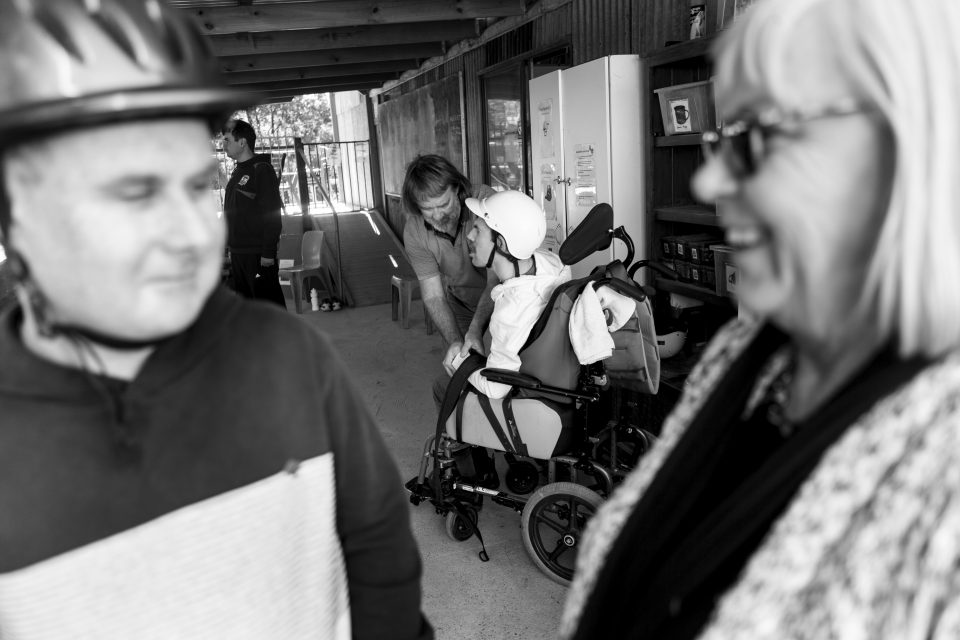 In 2010 a study completed in the U.S by Dr Patricia J. McConnell, pointed to what I see here –

“The horse–human bond can be found in the writings of the ancient Greeks, in which riding a horse was deemed beneficial for people who were ill. In the 1800s riding was ordered by doctors for people who were diagnosed with depression, brain disorders, and gout.”

Ellesmere Equine, Riding for the Disabled, and Life Without Barriers are running with that locally. 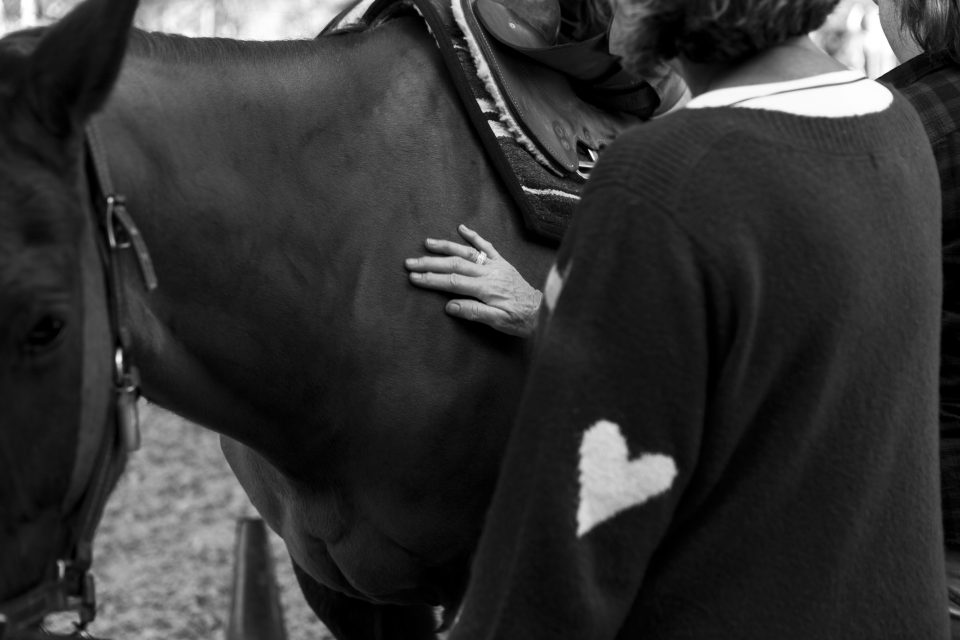 The power of riding.

After working as a preschool teacher and part-time riding instructor, Sue Feeney quickly realised “there was nowhere for special needs kids to do it [horse riding classes], so we went into RDA (Riding for the Disabled), had a public meeting and everyone was really supportive.”

After opening in 2015 the business began to work closely with NDIS service providers ensuring more people in need have access to therapeutic services like this. 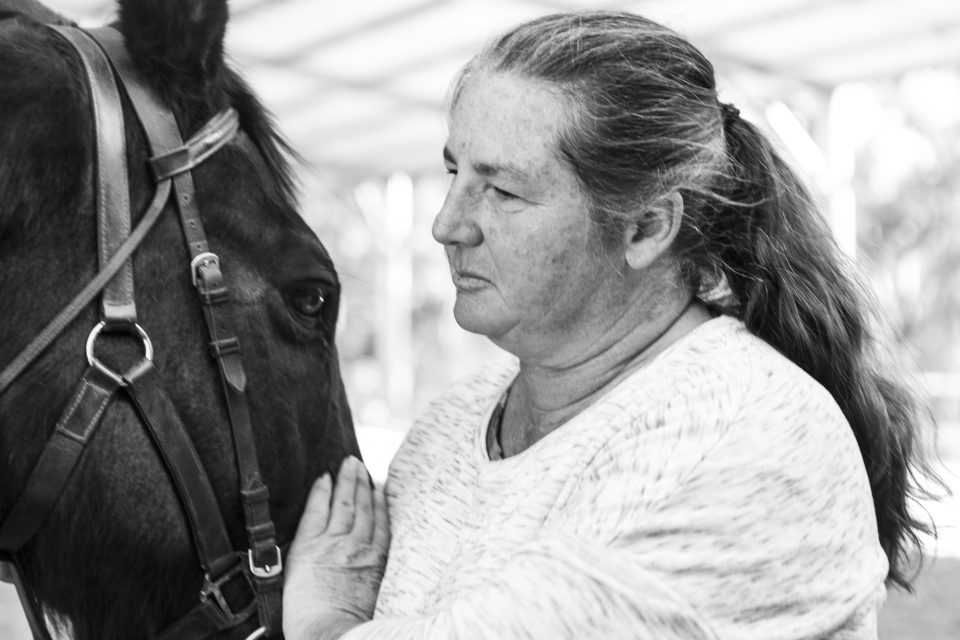 Sue Feeney is the owner of Ellesmere Equine.

“If they [people with disabilities] apply through (NDIS) providers they get a good result, others who try and do it on their own tend to miss out on this sort of thing and it is very beneficial for them,” Sue says.

“We don’t get any government funding and obviously the costs of running the business are huge. We did receive $30,000 in a community assistance grant which helped re-do the driveway, it was very rutted so the help was fantastic.” 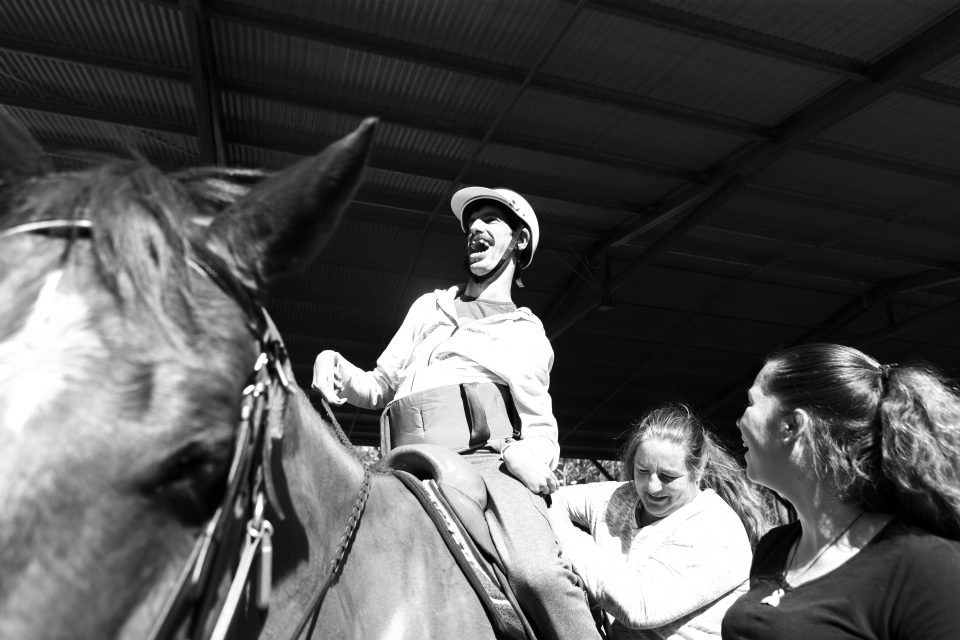 The business is growing at an accelerated rate, Sue’s main focus continues to be accessibility.

“We need to continue to make people aware of this opportunity,” she says.

Peter Ward began riding a couple of years ago on a non-custom saddle and had to be held on his horse by three instructors during the class. Since receiving funding from Batemans Bay Soldiers Club he was able to purchase an $8000 custom saddle giving Peter a sense of freedom many more able bodies take for granted. 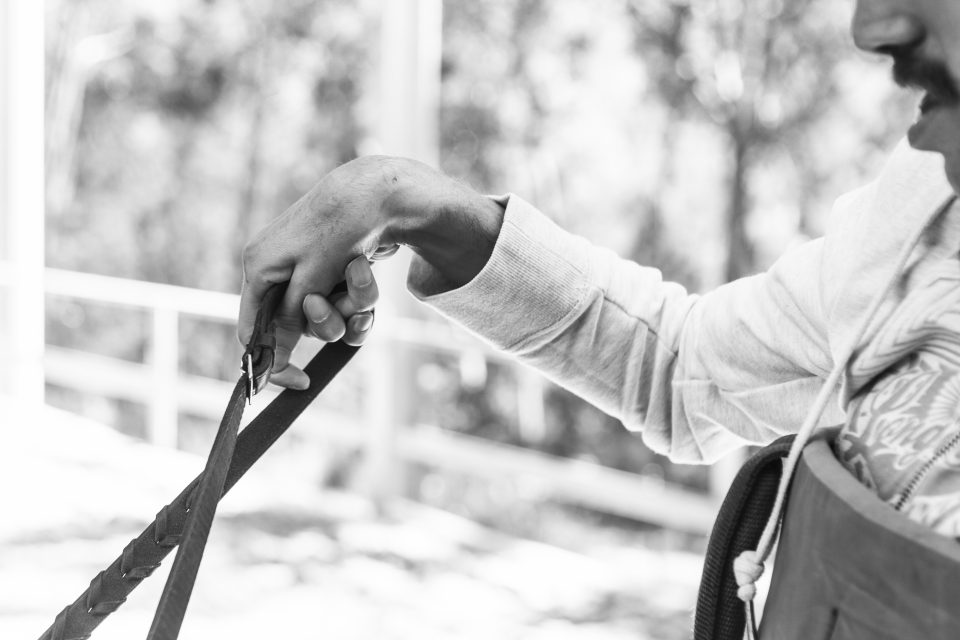 “It was handmade specifically for him [Peter] by a maker in Tilba, allowing him to hold the reins and steer the horse,” Sue says.

James Paull has been working for Life Without Barriers for two-and-a-half years and has an unmissable bond with rider Ben Croft.

“We get on pretty good, he loves all the boy’s stuff,” James says. 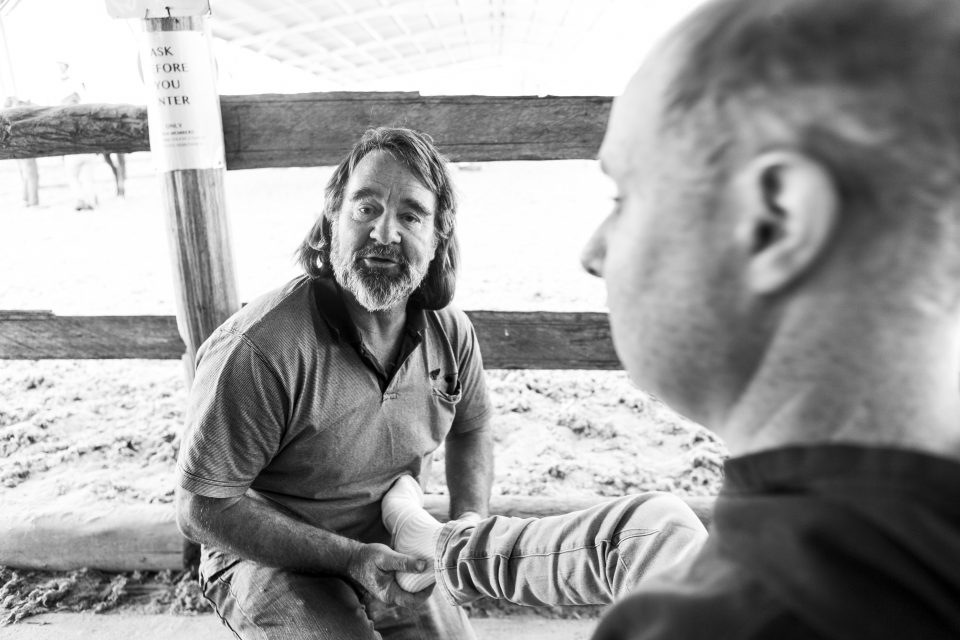 After 12 years of being a stay at home mum, support worker Lucy Mills was given a chance at Ellesmere Equine with her first community service job, drawing on the skills developed as a full-time parent.

“I had no [professional] skills, my first boss [Sue Feeney] said she had a gut feeling and she was right, skills can be taught, it takes a certain person to do this job,” Lucy says. 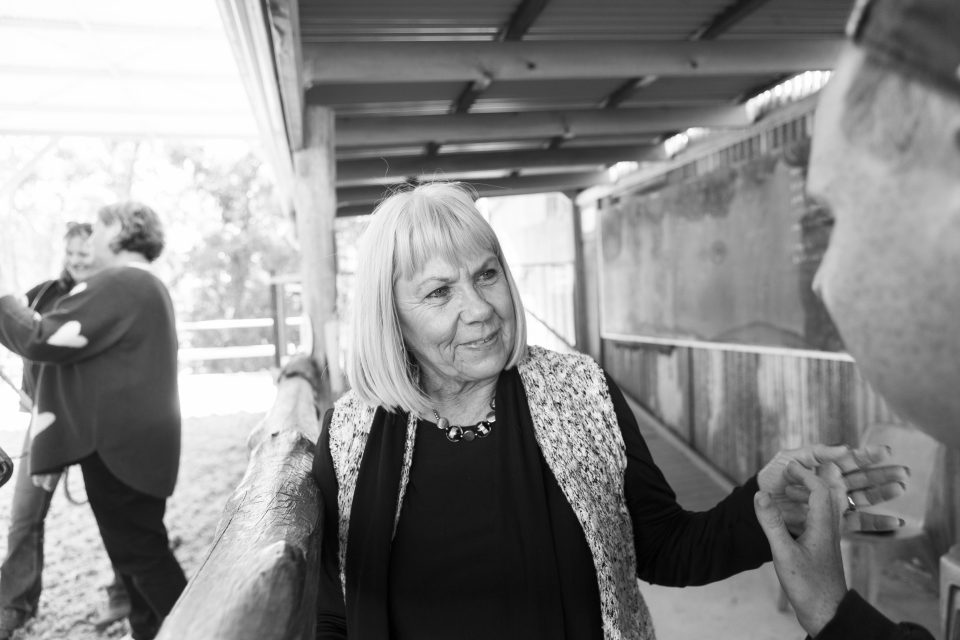 Eurobodalla Riding for the Disabled relies heavily on donations and have two pages set up here and here.

Spaces are available now for classes on Monday, Thursday and Friday morning. Sue is also in desperate need of volunteers to help with fundraising and lessons. You don’t have to know a lot about horses, training will be provided. 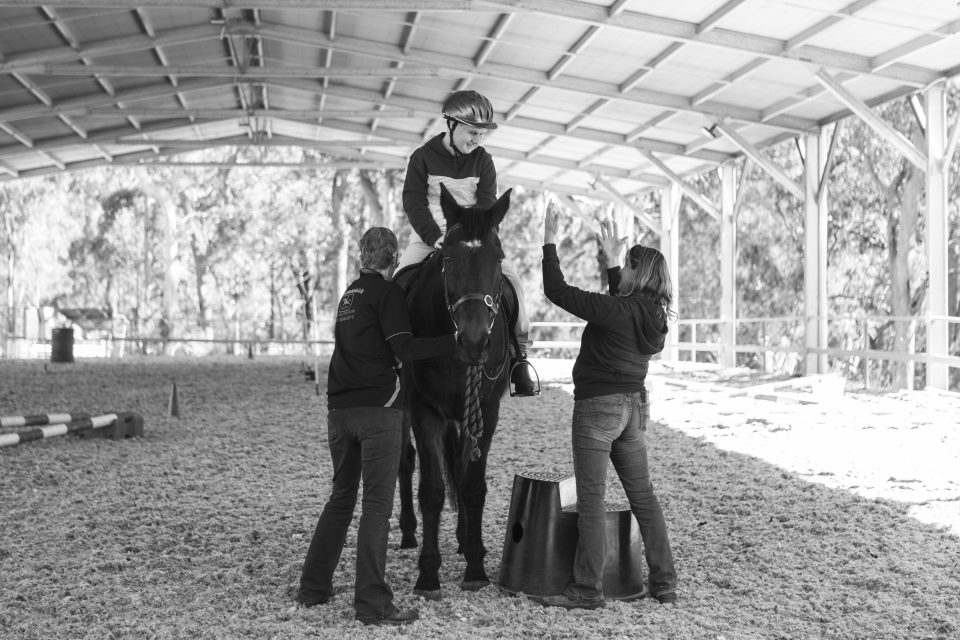 Ben Croft mounting his horse with the help of Ellesmere staff. 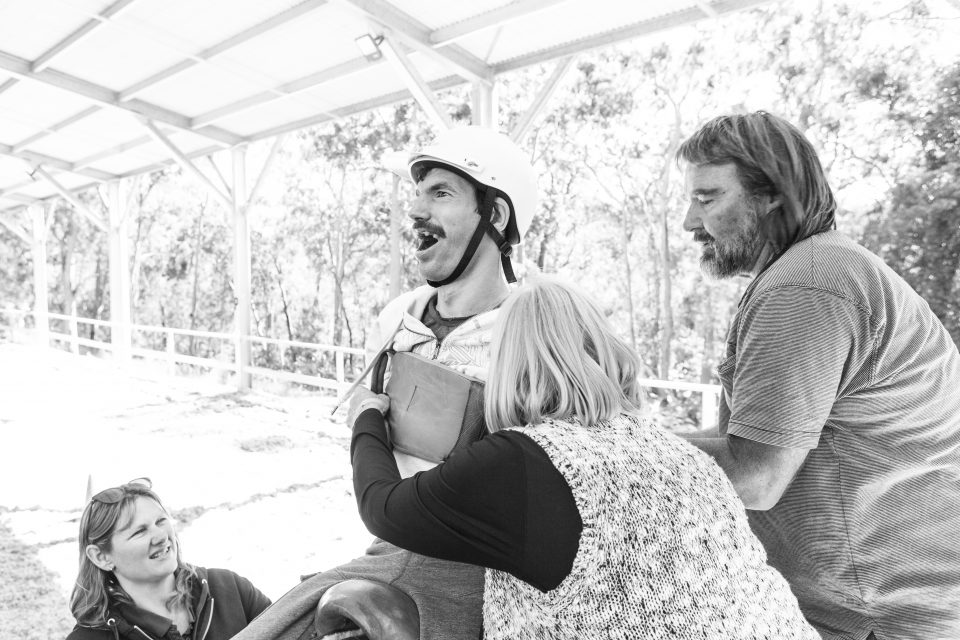