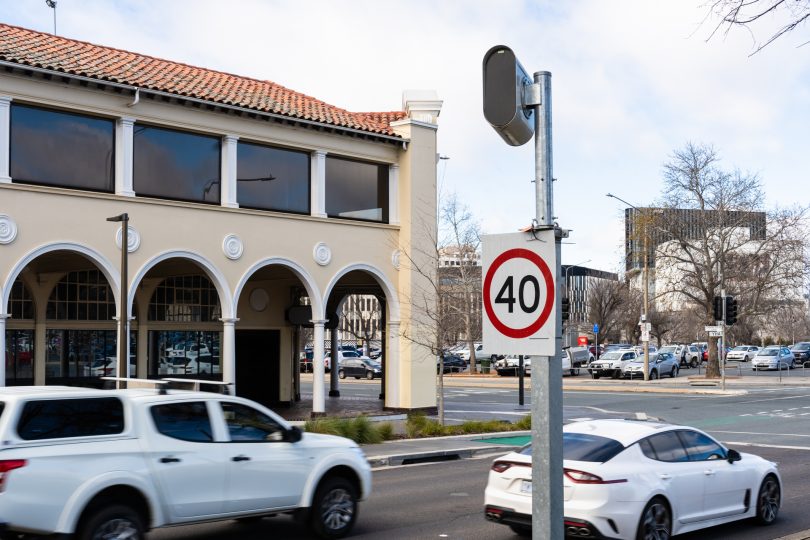 Only two months after an inquiry recommended some of the thousands of fines issued in the wake of lowered speed limits in parts of the city centre be waived, there are renewed calls for the ACT to review its fine system to make it fairer for the most vulnerable.

Yerrabi MLA Andrew Braddock has again raised the issue, arguing that the current system puts vulnerable Canberrans at risk of interacting with the criminal justice system for failing to pay fines for relatively minor transgressions.

Mr Braddock said he was concerned about the way the current system could more adversely impact “the young, the old, the sick, the disabled, the impaired, those who lack the financial means, those who speak English as a second language or not at all, and the illiterate”.

“Those are the people who are most significantly impacted by fines and the potential ensuing court action,” he said.

He argued a $125 parking fine may be “pocket money” for one person but could be a significant proportion of another’s entire weekly food budget.

Mr Braddock noted the potential for court action could be a source of anxiety and stress for people who simply could not make the repayments on a fine or who did not understand the implications of a fine and could lead to a “downward spiral” if the courts got involved.

He moved a motion in the ACT Legislative Assembly last week asking for statistics about the extent to which unpaid infringement or penalty notices for minor offences are pursued through the courts and for further information to be provided about whether fines would remain effective if the option to pursue them through the court system was removed.

In an earlier draft of the motion, he had called for a full cost-benefit analysis of the fines system as it related to those who failed to pay minor transgressions, but this was removed in an amendment.

The ACT Greens crossbencher said he was not presenting a case against fines entirely but merely seeking to make the system fairer, more effective and less administratively burdensome. It would also become cheaper to run.

“Is it really worth the government’s time and money to pursue these? Is there a better alternative out there?” he asked.

A ‘fairer’ fine system is a cause the ACT’s Council of Social Service (ACTCOSS) has long advocated for.

“Around 40,000 Canberrans live in low-income households, and many of them have told us that they must compromise on food, gas and electricity, clothing and education expenses and make some really tough choices between basics such as medicine or keeping the car running.

“Fines can be the final straw for some people and being unable to pay can spiral into crisis and put them into contact with the justice system, which can cause life-long harm,” Dr Campbell said.

In 2019, the ACT Government introduced payment plans and community service work programs as alternatives to paying fines in one go.

But Dr Campbell said these community programs have been scarce throughout COVID-19, just as economic hardship has been increasing.

She’s especially concerned now given that the cost of living has “skyrocketed” with essentials like groceries and petrol both becoming more expensive.

“Directing people to the justice system for non-payment of fines would impact some of the most vulnerable Canberrans, including Aboriginal and/or Torres Strait Islander people, people experiencing homelessness, people on low incomes, and those already tangled in the justice system,” Dr Campbell said.

Mr Braddock’s motion received tripartisan support in the Assembly, although Opposition spokesperson for justice and community safety Peter Cain said the Canberra Liberals supported it “with some scepticism”.