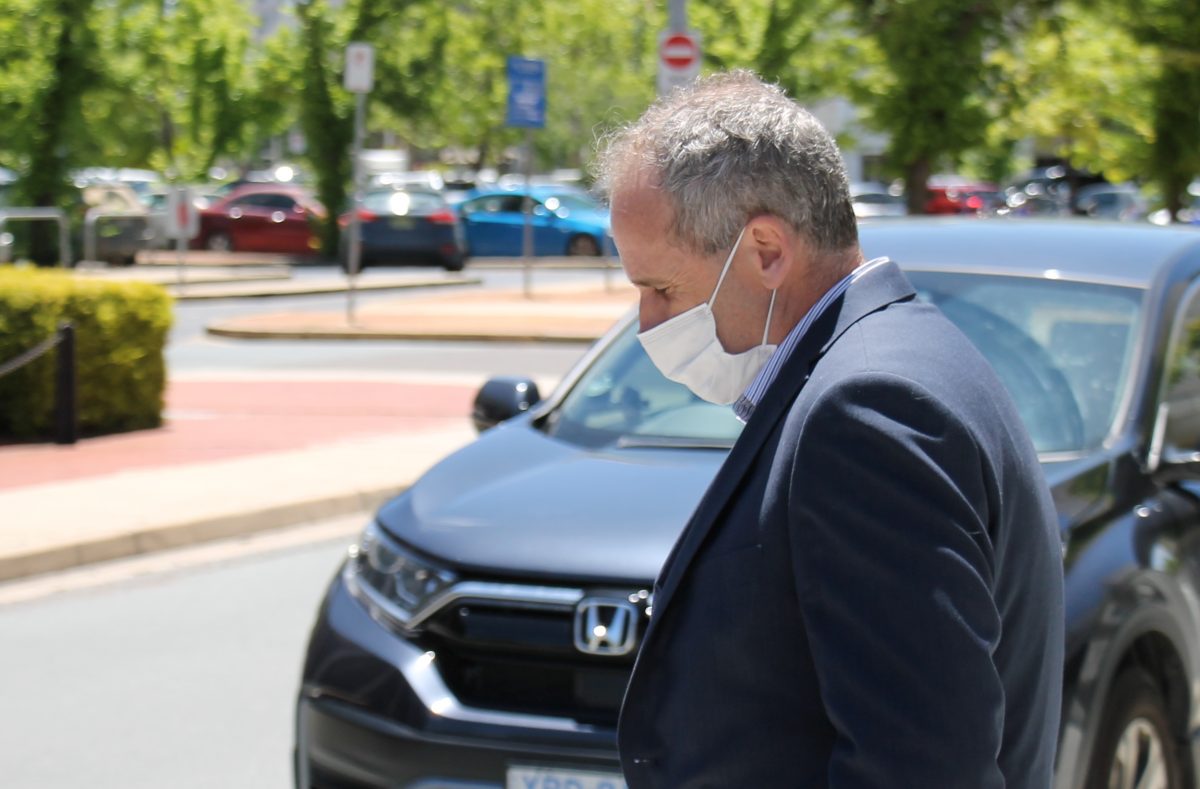 As the sentencing for child rapist and former football coach Stephen James Porter continued, the mother of one of his young victims told him, “Unlike a game of AFL, there are no winners today; there are just a lot of hurt families and hurt children”.

One of his young victims wrote a statement, read to the ACT Supreme Court on Thursday (26 May), that said he now had to judge people by the way they looked, “to see if my gut tells me if there’s anything wrong”.

The boy said he now had trust issues with AFL coaches and men over the age of 30, as well that what Porter and another man had done to him and other children “is just not right”.

“You can’t do that to children,” he said.

He also said he used to enjoy meeting new people from all over the world, but since he discovered a camera was “sneakily” put into his room, he didn’t want strangers staying at his house anymore.

“I will never in my life forgive you,” he wrote to Porter.

The boy’s mother also wrote a statement saying Porter had become a “trusted friend” and the spy camera had been placed to capture her son in a compromising position.

She said her son’s life changed because of Porter’s crimes and she and her husband felt helpless watching him become “angry and disconnected”.

She said she would never have strangers in her home again.

Another young victim, who read his statement over audio-visual link, said it was very upsetting when he first learned of “Steve’s” motivations. He also now found it hard to trust adults and coaches, which was a problem because he wanted a career in football.

Once Justice Chrissa Loukas-Karlsson heard and read all the statements from the children and their families, she said she wanted to note the “courage” that all the victims had shown in coming forward.

“Some of the victims have expressed the idea that in some way it may have been their fault,” she said.

“Let me make it clear to all of you, that the fault lies with the offender, not with any of you.

“Some of you have expressed shame. The shame belongs to the offender, not you.”

Clinical and forensic psychologist Patrick Newton from Central Melbourne Psychology said he had assessed over 3000 sex offenders and Porter’s presentation was “in many ways unusual”.

He was clearly intelligent, while most sex offenders the psychologist had seen did not have above average intelligence, and he was a “reflective man” who ruminated on the “wrongfulness of his conduct”.

Mr Newton said it was clear Porter was aware of his urges for underage boys from adolescence but didn’t act on those feelings until this offending.

“He was aware that he needed the help. He wasn’t aware of where he might find it,” he said.

Earlier this year, Justice Loukas-Karlsson found one of the victims was sexually assaulted many more times than Porter claimed, saying there had been sexual activity at least 35 times and each occasion, except the first, involved intercourse.

Porter is currently in jail. He pleaded guilty to four charges, admitting he used the first of his victims to produce child exploitation material from 2009 to 2011 when the child was under 12.

He had a sexual association with the second boy over three years from 2015 and admitted he tried to groom a third boy for sexual acts in 2019 and 2020. He also pleaded guilty to possessing child exploitation material.

Porter will be sentenced on 29 July.