Experts in buying, selling & renting
Your property, your future
18 December 2018 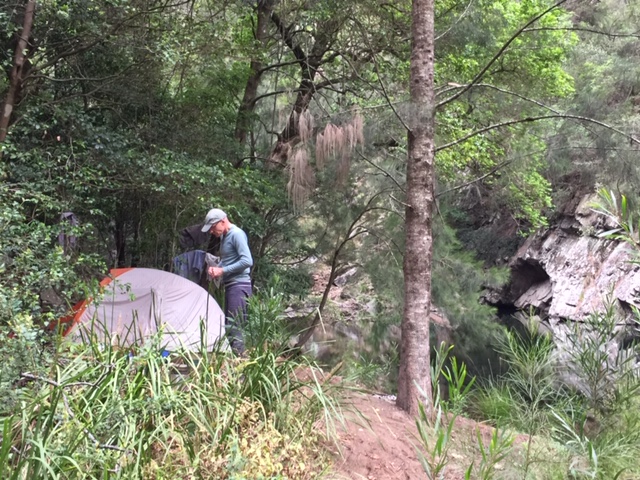 It was only when Bill McCarthy saw the helicopters whirring in the sky above that the idea people might be looking for him and his trekking partner dawned on him.

Up until that moment, he hadn’t thought he and his companion were in any danger and he was just focused on finishing the trek.

“I had almost forgotten about the days and it was when I saw helicopters above on late Wednesday afternoon that I knew we were being hunted, if you like,” he said with a smile. “I just saw the hike as a battle in front of me that I had to overcome.”

The duo had set out on Saturday (8 December) on an intimidating and gruelling three-day hike to celebrate Ms Boterhoven De Haan’s birthday. 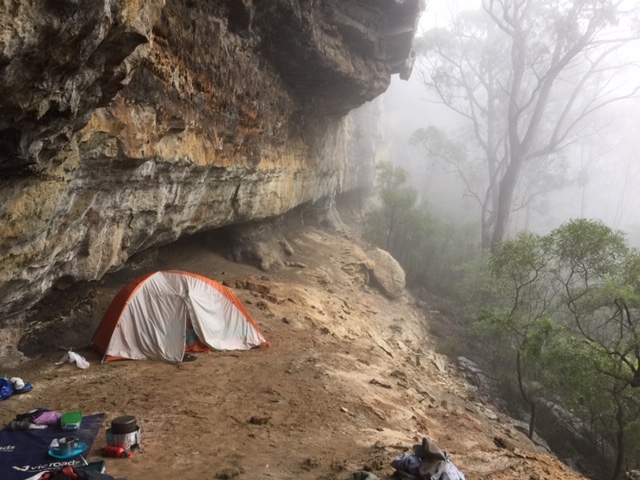 The pair’s campsite during the heavy rain.

Both had previously done the walk before and knew the challenges of the hike, and not even a fall to Ms Boterhoven De Haan, who suffered a black eye after slipping and hitting her forehead on a rock, deterred the pair.

It was only a change in the weather and one wrong turn that changed the course of their trip.

“By Monday, the rain had set in and so many of the dry rocks had become treacherous,” Mr McCarthy recalled. “We were very conscious of slipping on rocks.

“Time was running against us but we knew we shouldn’t rush things because the weather was a hazard. Once we left Ettrema Creek was when the fun and games started to happen.”

When the pair left Ettrema Creek, they took the wrong turn and ended up on the wrong side of a gully and didn’t realise their mistake till much later in the day. To get out of the gully meant going up a scree which was only 500 to 600 metres but took the duo four hours. 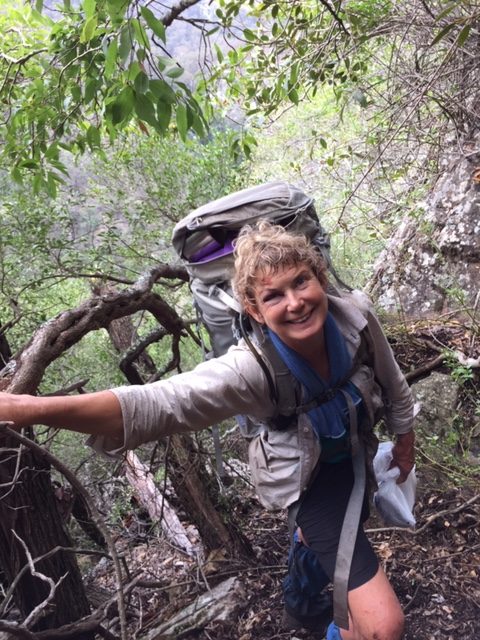 “It was deadly,” Mr McCarthy said. “As soon as you put your foot onto the scree, it would dislodge rocks beneath you and it was very slow going.

“Part of the problem was where there was some anchorage, such as a shrub, the vines would trap your pack and we would spend five minutes trying to release the vines around us.”

Emergency services were contacted when Mr McCarthy did not return to his Canberra home in Canberra. Utilising resources from South Coast Police District, PolAir, the Westpac and NSW Ambulance helicopters, and the SES, the search got underway on Wednesday (12 December)

By Friday, the pair emerged from the bush and reunited with their families.

When recounting their story, Mr McCarthy said it never dawned on him to call for help. 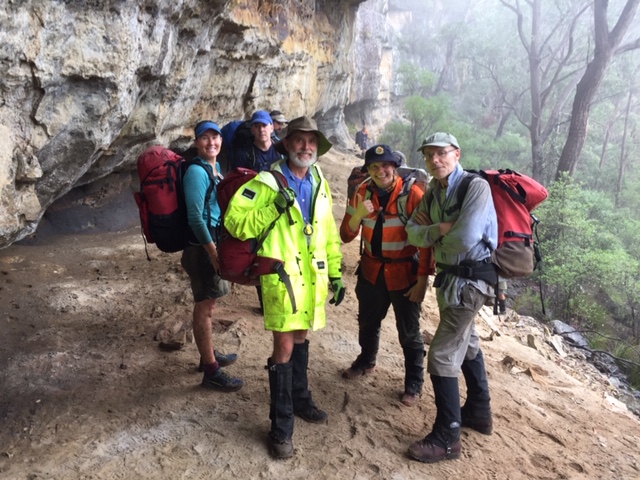 The pair were escorted out of Morton National Park with the help of emergency services on Friday.

“I was entirely conscious that we would be able to walk out but we were on the wrong side of the gully and there was lightning and thunder around but we just resolved that we should wait till the weather behaved a little until we could walk out.”

“Fran decided to call emergency services and it was only then that we learnt that somebody had logged an alert.

“I had no idea and I was entirely embarrassed when I found out. When I learnt later there was approximately 60 search personnel, I was blown away.”

When asked if he plans on going back one day and taking on the trek once again, he said his immediate answer is no but he is starting to reconsider.

“People have been asking me that and I said no but now I think about it, I might want to give it another go and win it on my own terms,” he said.

“It is such pristine, beautiful country. Across all the days we were there, there was not the slightest bit of evidence of human existence have been through the place. You really are on your own and it’s hard country but really worth doing.”