In The Taratory wrap. February 2012 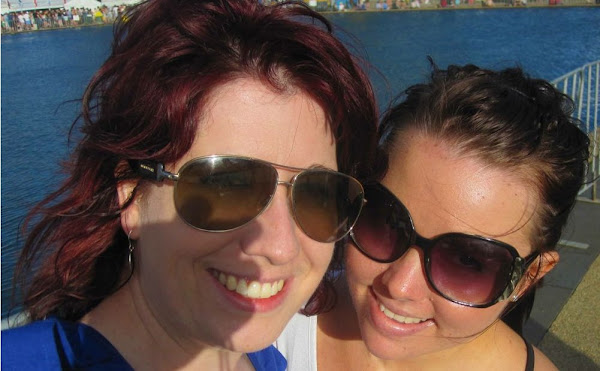 In The Taratory is a blog run by two 20-somethings who share the same name (can you guess what it might be?), bringing reviews of all things to experience in and around the ACT. Having just celebrated our six month anniversary and with 40 posts under our belt, it felt timely to, well, review our reviews!

Despite huffing and puffing being a major theme, T1 has been determined to trek up the hills and mountains in the ACT and surrounds.

Camel’s Hump (that pointy mountain on the ranges) was conquered – but sadly on a terribly cloudy September day.

T1 managed to complain the entire time going up and down Mt Tennent, but is still stoked to have completed it – twice! She also headed south of the border to Mt Kosciuszko, doing the 22km Lakes Walk (with – yes – lots of complaining).

T1 highly recommended taking visitors to do the Square Rock walking trail, not least because it’s relatively flat the whole way, with some great views at the end.

T1 and T2’s dining experiences have been mixed, with lots of hits, but just as many misses.

T1 enjoyed her experience at new Siren Bar in Gungahlin so much that she went back the very next day.

T2’s experience at Belconnen’s Bella Vista was a positive one, with great food and service. T1 was disappointed with the breakfast service Bella Vista’s neighbour Ha Ha Bar in Belconnen, but will still be back because of the quality of the food.

T1 went out on a limb and put The Flute bakery in Fyshwick miles ahead of Kingston’s Silo. Even without Eftpos available (!), the delectable sweet and savoury range and decent service wins her over every time.

T2 was less than impressed with her Teppanyaki experience in Civic’s Shogun where she and her friend were basically ignored, while T1 felt let down with Artespresso in Kingston.

Not to be accused of too much Kingston-bashing, T1 was happy to report that Madam Woo remains a fave.

T1 swooned and mightily embarrassed herself in front of her literary hero, Jonathan Franzen, when he came to the National Library in September. Franzen gave a great lecture and book signing, and T1 is indebted to the Riot Act for alerting her to the fact that he was even coming!

Like the rest of Canberra’s population, we couldn’t miss Multicultural Festival, with T2 reviewing the event on Friday and Sunday – and concluding that Saturday might be the best day to go!

To cap off the working week, T1 has enjoyed feeling refined drinking beer amongst the sculptures at the Veuve Cliquot Sculpture Bar.

T2 provided some handy tips for those of us who are caught up with the awesome (and not so awesome) deals from the group buying websites.

T1 and T2 both headed along to Foreshore, having enjoyed it in previous years. We were just a touch underwhelmed – can’t work out if it’s because we’re getting older, or because got caught in the huge downpour that day!

T2 put the new venture Be My Wingman to the test, and was pleasantly surprised that it seemed like a genuinely great way to meet new friends.

Finally, T2 gave the low down on her view about Canberra in general, happily concluding that there is something kinda special about living here.

franky22 - 50 minutes ago
Why can't the ADF simply state that they made a mistake. View
Peter Curtis - 23 hours ago
A mistake is questionable - using a very hot light under those conditions suggests a lack of forethought or understanding of... View
Peter Curtis - 23 hours ago
not a mistake but stupidity - if farm machinery had ignited it and not an extremely hot light there would have been charges. View
Opinion 59

Delfina Dimoski on the frontline stamping out referee abuse