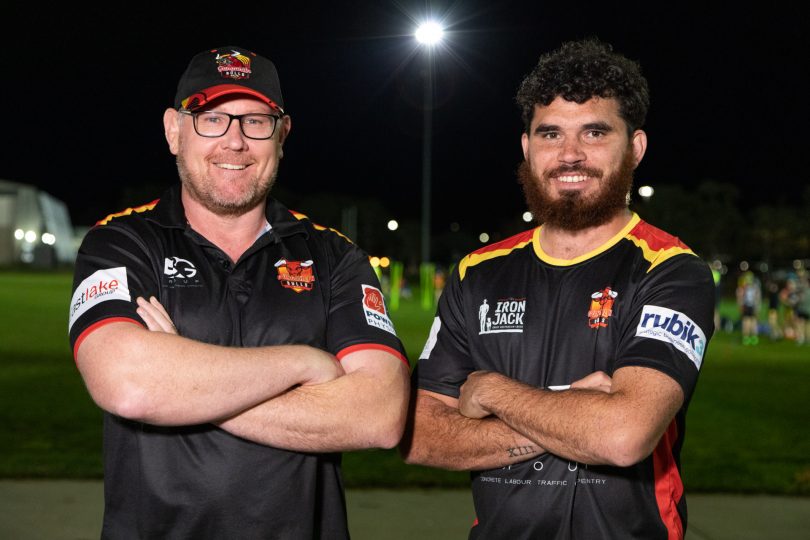 A local Canberra rugby league club is ready to host its first ever Indigenous round to pay respects to Aboriginal players – past, present and emerging.

Getting to this point has taken more than 18 months of discussions, which have seen the Gungahlin Bulls club seek the input of its Indigenous players and members. Now it is time to kick off the round.

The event will be held on Saturday, 22 May, in the lead up to Reconciliation Day, on Ngunnawal land, and will incorporate traditional elements of Aboriginal culture, such as a smoking ceremony and a Welcome to Country from Violet Sheridan, along with a full day of football.

There will be the top-of-the-table clash between Gungahlin Bulls and Queanbeyan Blues, both currently undefeated in the 2021 Canberra Raiders Cup First Grade competition.

The Bulls will run out onto the field in a jersey designed by player Richard Allan Jr.

Gungahlin Bulls’ first-grade coach Neil Bijorac says although it’s the first time the club has hosted the Indigenous round, it has a long history of engagement with Aboriginal and Torres Strait Islander players.

“They are all getting more excited as we move closer to the day,” he says. “After all, it’s their day and their culture – they’re the ones sharing it with the rest of us.

“The players have been involved in the preparations and have come up with the jersey design as well as planning the smoking ceremony and Welcome to Country.”

Weekly Sports Wrap with Tim Gavel and the Gungahlin Bulls

In this week's Sports Wrap – the Gungahlin Bulls RLFC prepare for the upcoming Indigenous round, the Canberra Raiders take on the Bulldogs in Brisbane, Brumbies Rugby play the Crusaders in Christchurch and the CBR Brave Ice Hockey are at home against Newcastle. All the latest from Tim Gavel, brought to you by rubik3.

Neil says planning the day has not been something the club has taken lightly.

“Originally it was Rubik3, one of our sponsors, who came to us with the idea to run the round, and we saw it as an opportunity to do something to honour all of our Indigenous players, both past and present,” he says.

“Given we have Indigenous players in all of our senior grades, with eight players in our first-grade team alone, we wanted to do something to celebrate their culture.”

Rubik3 acting CEO Nadia Pessarossi encourages all local sporting clubs to host an Indigenous round to pay their respects.

“As a company, and personally, we continue to show our commitment to Reconciliation and advocacy for our First Nations people and are so proud to be in partnership with Gungahlin Bulls, who align with our values of respect, equality and community,” she says.

Gungahlin Bulls’ first-grade captain Tre Holten-Williams said the Indigenous round has been a long time coming.

“Were coming off five from five wins this season, which is always good,” he says. “It shows we’ve all been working for each other.”

Club president Ian Gorman says the Bulls are proud of their diversity and they want to use the Indigenous round to show this to the broader community. It includes the club having Indigenous players as well as those from overseas.

“We want to be a club that is inclusive and we want to be a family club so it’s important we show how committed we are to diversity,” he says.

After last year’s COVID-19 cancellation, the Gungahlin Bulls club is excited to invite the entire community to support the Indigenous round day on Saturday, 22 May, at Gungahlin Enclosed Oval. 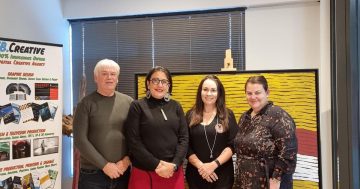