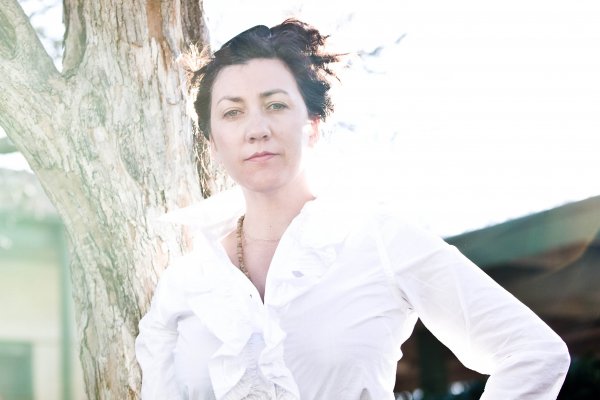 Chenoeh Miller is well-known in Canberra for the work of Little Dove Theatre Art with shows like Six Women Standing In Front Of A White Wall and Cordelia. She was recently chosen by an independent panel as director of next year’s Canberra Fringe Festival. Chenoeh sat down with us for a chat about her creative goals, the kind of festival she wants to make and her own attitude to boundaries in art.

This year the director position was filled by an open expression of interest. What did you pitch to the panel? Why do you think they decided to go with your proposal?

I pitched for a festival that is focused on multiculturalism within Australia and particularly the ACT. With the existence of You Are Here which is a festival that activates unused spaces (a trademark ‘Fringe Festival’ quality i.e. Edinburgh and Adelaide) and produces alternative works, and Art, Not Apart which provides multiple platforms for different art forms, it is important to find a reason for the Canberra Fringe’s existence. And to put it in a context rather than just tick the ‘Fringe’ box. We also have the National Multicultural Festival which brings so many locals in to town to celebrate our diversity with entertainment – not to mention the most delicious food in one place ever. The point of difference for this fringe is that it is multicultural and it is fringe combined.

The second main point in my application was that I believe more Canberra organisers and venues should be working together to create the representation that WE want for our city, AND to contribute to the city that we want to live and work in. Given the small amount of funding allocated to the Canberra fringe, partnerships, support and sponsorship are essential for a quality event. I have some very exciting partners up my sleeve for this fringe – now called Canberra Multicultural Fringe.

Your company Little Dove Theatre Art explores “theatre of love” and the impact of love on the body. Will working on the fringe festival help you achieve your personal creative goals?

The aim of every show or festival or class that I am a part of is to listen to and respond to the community and to make people feel good (in a non Hallmark kinda way). I would not do any work that did not fit in with that ethos. It isn’t about me, it’s about contributing in a worthwhile and positive way. Delving deeper in to different cultures and finding out what art is being made out there, AND being given permission to present it (!!!) thrills me to no end.

Do you see yourself taking a hand-on role helping develop works for the festival?

Absolutely. It is important to know what is being presented at any gig that I am programming. I attend rehearsals where possible, and have learned through my own mistakes to be clear with artists on their content.

One of the goals of the festival is to present works that are “alternative, experimental and edgy”. Pushing boundaries is part of the fringe’s mandate. Last year however a lot of people thought the fringe went too far with the act “Die Fringe Burleski!” (better known as the Hitler burlesque). Will you be screening acts to ensure they don’t offend visitors to the Multicultural Festival? And what kind of action will you take if it looks like a performance is going too far?

As a maker and producer of art, pushing boundaries is part of my own mandate. I see no point in making art or creating a festival unless you are doing that.

I think if a work gets to that point there isn’t much you can do. In one of my first curatorial roles, I programmed a smashing performance poet. Only, rather than perform the poem I expected, he got naked, stapled himself and yelled and swore at people. Loads of people loved it. But I did not at all and I never would have programmed it had I known. 100% my fault of course for not checking what he was going to perform!

Can we look forward to an act by Little Dove in this year’s fringe or will you stick to management?

I’m lucky enough to have a Little Dove show on at CMAG as part of their upcoming PULSE exhibition this year. I tend to only make a new show every 5 years or so, so that is that for now.

I probably wont be able to help myself with some kind of opening sequence like I do with the MAMAs and Sound and Fury. But aside from that, management and investigation is what I’ll be focusing on.

You’ve participated in previous fringe festivals with your own acts. Now that you’re the director, what will you be doing differently?

In 2007 I was fortunate enough to be invited to present the first season Six Women Standing in Front of a White Wall at the Canberra Fringe. It was such a risk then for organisers, but they took a punt and it went really well. I’ll never forget that kindness.

In 2008 I was invited to artistic direct the fringe which I did that year. So I learned a lot about how it was run and it certainly set me on a path of wanting to support and create local and national art, just as I had been supported.

I’ll be programming alternative arts with a focus on cultural diversity, and building on partnerships to present a multi venue and multi art form festival.

The Fringe Festival will be part of the National Multicultural Festival, scheduled for early 2015.

I hope she’s not silly enough to do something totally non-offensive, community inclusive, hilarious, that can be blown up and twisted by Fairfax and the Liberals later.

I think that’s the problem with having the fringe festival alongside the multicultural festival – the audiences aren’t necessarily the same but they’re sharing the same space. I think the fringe is worth doing and adds a lot to the multicultural festival but there’s always the risk that somebody will be offended. We can’t stop that but we can speak up and support acts that take risks.

I hope she’s not silly enough to do something totally non-offensive, community inclusive, hilarious, that can be blown up and twisted by Fairfax and the Liberals later.

Jason Malcolm - 37 minutes ago
Natalie you'll be fine!!! View
Gaby Langhorn - 1 hour ago
Denise Wilson could be good for you. View
News 47

Scottie Roberto Avelia - 53 minutes ago
Hardly zero emissions when you consider the lifecycle (which the Earth does)... These lying claims make morons feel good but... View
Food & Wine 20

Heidi Dreyer - 56 minutes ago
Zak is back working so any night but Sunday or Monday. Miss you too!!!!... View
Faith J. Humphries - 1 hour ago
Laura Shelley want you go to lunch there with me? View
K Jane Brook - 1 hour ago
Heidi Dreyer I'm in. Any day but Wednesday. Miss you. View
Opinion 54

Julie Macklin - 1 hour ago
Vicki Nunn No, no, my shoes need their soles 😮. View
Scottie Roberto Avelia - 1 hour ago
What we need are MORE bikie gangs, the SIX we have just aren't peddling enough drugs and gun crime, leading to more hi-speed... View
Marc Edwards - 1 hour ago
Robert Hawes the average block for a sin feel is like 350m2 which is tiny as. View
Food & Wine 6

Mai Linh - 1 hour ago
Lynn Stape you don’t have to. But many others do because we’re a multicultural society, because there’s a vibrant Ameri... View
James Shaw - 3 hours ago
Lynn Stape because some people are American?... View
Property 3

Gabriel Spacca - 2 hours ago
Pretty sure he is not the target demographic for TikTok. View
Larry Appley - 2 hours ago
A publicity stunt from a former radio announcer? Who would have thunk? View
Nathan Lofthouse - 2 hours ago
Why is it the tinfoilhat mob always say 'do some research' I don't need to research tiktok. its tiktok. I expect everything o... View
Property 25

Overdevelopment in Canberra is shaping up to be a key election issue after it was revealed that the lion's share...
News 20

@The_RiotACT @The_RiotACT
Just days from the Eden-Monaro by-election, what is motivating voters? Region Media’s journalists asked people across the electorate about the issues that would sway their votes https://t.co/KPzWiwk20n (1 hour ago)

@The_RiotACT @The_RiotACT
@NatGalleryAus is having a mega-clearance sale and it's your chance to pick up memorabilia from great NGA exhibitions as well as spectacular pieces from local artists https://t.co/iA3TbWyTff (2 hours ago)