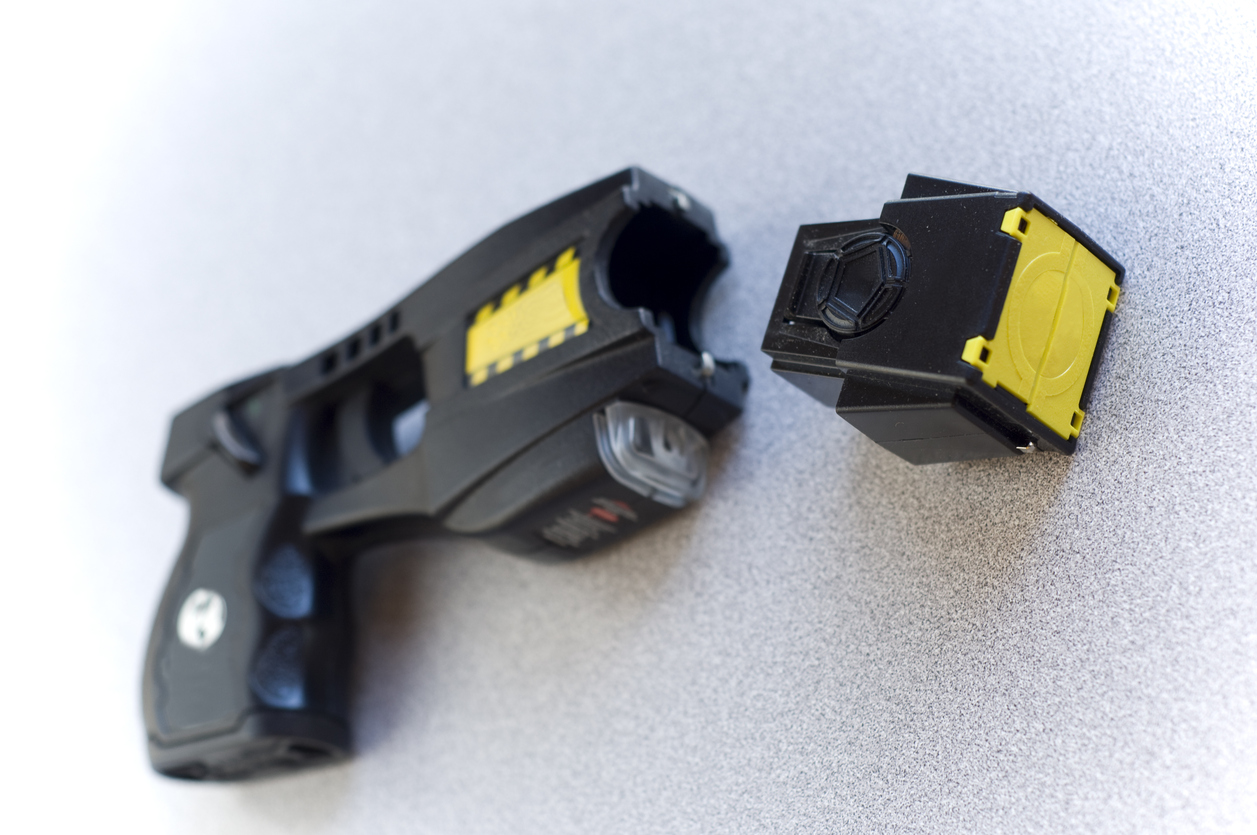 The ACT Policing Criminal Investigations team will investigate the ‘death in custody’ of a man in his mid-50s who was tasered by police at Waramanga yesterday.

The death is believed to be the first to occur in Canberra after the use of a taser although there have been several taser-related deaths elsewhere in Australia.

Police state that a “conducted energy weapon” was used in an attempt to stop the Waramanga man from further harming himself yesterday but afterwards he was “unable to be revived”.

Police went to the house at Larakia Street, Waramanga at around 11.30 am yesterday after receiving a report about smashing glass and a man yelling at the location.

Police believed that the man had seriously injured himself and say the taser was deployed “to prevent further self-harm”.

ACT Chief Police Officer Justine Saunders today said that when police arrived on the scene “they were confronted with a man in his own home on his own but he was covered with blood, there was blood around him and he was in possession of what was a large knife”.

“Police could also see that the man had severe injuries to his body including a severed finger,” she said.

Ms Saunders said police immediately rang an ambulance and then engaged with the man “intending to de-escalate the incident but the man was not responsive”.

“Unfortunately, whilst they were talking to the man he then struck his leg with a knife that he had in his hand.

“In response, obviously police considered all the options available to them to ensure he couldn’t continue to hurt himself and ensure in doing so that they would maintain the safety of officers as well,” Ms Saunders said.

“On that basis a taser, as it is commonly known, was deployed by an officer on one occasion to the man, which had the effect intended in that it disorientated the man and he was able to be subdued and handcuffed.

“At the time he was handcuffed, it was identified that he was no longer responsive to police at all and ambulance then intervened along with police and CPR was then undertaken for the next 25 minutes but unfortunately and tragically he couldn’t be revived.”

Ms Saunders said the incident is being dealt with as a death in custody.

“A critical incident was declared and AFP professional standards along with the ACT Coroner’s Office were notified and attended the scene in response,” stated ACT Policing.

After investigating the critical incident, ACT Policing Criminal Investigations will prepare a report for the ACT Coroner.

Ben Mitchell, a neighbour of the deceased man, told ABC News that he had lived alone in the house with his dog.

Mr Mitchell said that police had previously been called to the Waramanga home, blocking off the street for hours.

Not all ACT police officers carry tasers but prior to the election last year, ACT Labor pledged that if re-elected they would set aside $2.7 million over three years for an expansion of Canberra’s existing taser program to offer stun-guns fitted with video cameras to all police personnel.

At the time, ACT Labor said they would leave the decision about whether to provide the devices to all officers to ACT Policing. The 2017-18 budget set aside funds for police equipment including tasers.

Ms Saunders said that tasers have only been fired 11 times in the last 12 months even though in that time “police have responded to over 13,000 calls for assistance which are potentially volatile and dangerous”.

She said that all of the officers in attendance at yesterday’s incident have been formally interviewed by AFP professional standards.

Louise Flint - 22 minutes ago
James Daniels I was sent there for advice before I took a redundancy package. They ignored my superannuation and taxation que... View
Patrick Barrett - 4 hours ago
Dylan your fault View
Sonia Irwin - 8 hours ago
Been watching this as a client. Gotta say a bit nervous is an understatement View
News 22

Toby McLenaghan - 55 minutes ago
Peter Marshall well it will be better then before. 🚴🏻💨 View
Marion Rae - 8 hours ago
Election year in a bellwether seat View
Hope Marie - 10 hours ago
Grace Stefanac now I can't crash on it wow View
News 15