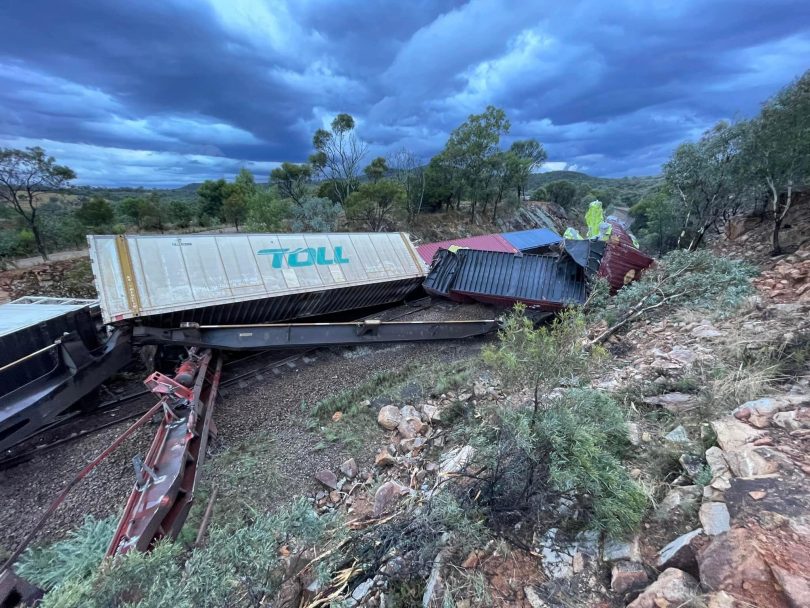 Ten carriages from a 1400-metre freight train came off the rails at Bethungra Spiral last weekend. Photo: B McCann.

An investigation is ongoing into why a 1400-metre freight train derailed while travelling along the Bethungra Rail Spiral in the early hours of Saturday, 15 January, 2022.

Independent investigators have been onsite collecting evidence since three wagons on a Brisbane-bound freight train derailed between Bethungra and Frampton at approximately 3:40 am on Saturday.

NSW Rural Fire Service and NSW Police were on the scene at dawn assessing the contents for hazardous materials and confirmed no spills occurred. The crew have also escaped serious injury.

The track was damaged in the accident, but all the damaged wagons have been removed and the line is now open to traffic again.

The NSW Office of Transport Safety Investigations (OTSI) expect to hand down a full report next quarter, but rumours circulate that stormy weather on the night may have played a part in the freak accident. 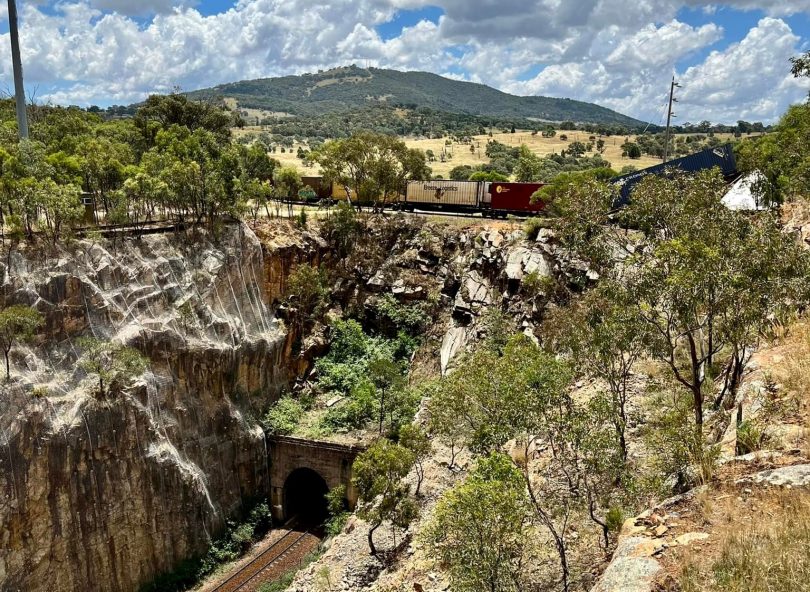 The freight train’s wagons came very close to falling down the hill to the line below. Photo: Dean Masters.

The heritage-listed Bethungra Spiral was regarded as one of the country’s most significant rail engineering feats when it was blasted out of rock in the 1940s.

It is the only 360-degree rail spiral in Australia, and continues to be a major unofficial tourist attraction in the Junee region.

It was added to the NSW State Heritage Register in April 1999.

Southbound traffic has taken the original line since it opened in 1878, but in the late 1930s, it became apparent that a new approach was needed to carry the northbound track of the Melbourne to Sydney railway line.

The trouble was that a hill of some of the hardest rock found in Australia stood in the way.

Trains, running on slippery tracks with their slippery wheels, can’t easily negotiate steep gradients so the only solution was to spiral around the hill. The science is that across a longer distance, the gradient could be lowered from one in 40 to a more manageable one in 66.

The entire project was estimated to cost more than one million pounds and be completed within 21 months. However, with World War II raging, the workforce consisted of a meagre 650 men, and construction blew out to five years.

What also didn’t help was the rock, which was so incredibly hard in parts, drill bits had to be changed every few centimetres. There was even a special team of blacksmiths whose sole job was keeping the tools sharp.

The line measures 8.9km long and crosses the southbound line twice, first by going underneath via a tunnel and then above it via a viaduct. A second tunnel allows it to pass over itself after circling the hill and gaining height.

Cuts of up to 27 metres deep had to be blasted into the hillside, which means the line regularly suffers from rockfalls. Twelve significant falls occurred between 1960 and 1987.

In January 1994, the spiral line closed for a four-month rebuild, which saw the cuts widened and regraded to benched 55-degree slopes as part of the ‘One Nation’ project.

This latest accident isn’t the first time a train has gone off the rails in the area during wild weather. 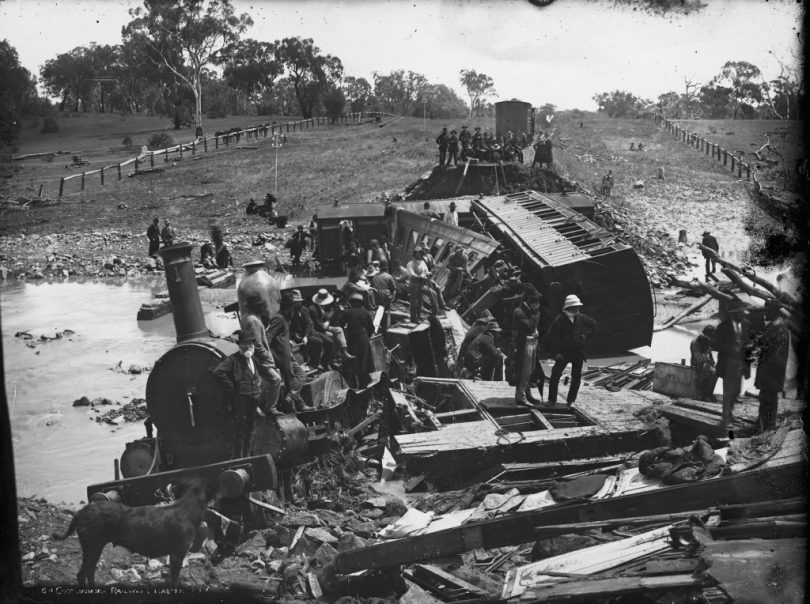 The 1885 Salt Clay Creek railway accident claimed the lives of seven people and injured dozens of others. Photo: Powerhouse Museum.

The Salt Clay Creek railway disaster of 1885 has the dubious honour of being one of Australia’s first railway accidents involving multiple fatalities.

A mail train was running from Albury to Sydney on 25 January, 1885, when it came around a slight curve in the track near the town of Cootamundra, only to be faced with a line totally submerged in fast-flowing water.

The driver applied the air brake but it was too late. With the track ballast washed away and the rails and sleepers no longer supported, the train broke up and sunk into the creek.

At the subsequent inquest, the government was held liable for the accident by virtue of the culvert design. This was replaced with a much more substantial iron bridge. 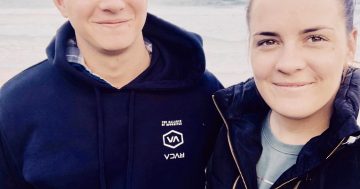